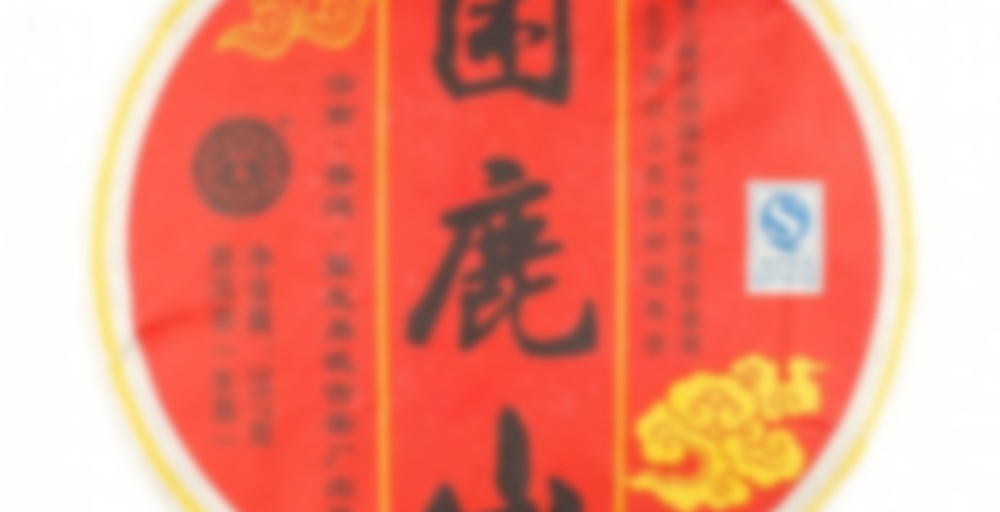 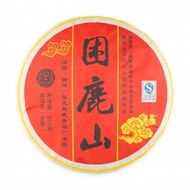 Ju You is a small pu’er producer whose selection mostly contains teas from the Yiwu tea production area. The whole name of the tea is Kunlu Shan Gu Shu Cha which translated to Kunlu mountain old tree tea. The tea was produced using leaf material from old wild tea trees. The tea was picked in spring 2011 and the exact production date was 26th of April. The cake is fairly loosely compressed and separating leaves is easy. The leaves are mostly whole and the whole cake has a handmade feel about it.

The aroma of the dry leaves is mild and very slightly smoky. In the pre-heated teapot, the aroma becomes hay or grass-like. The liquor has this same aroma added with a kind of waxy tone. Surprisingly in the mouth the tea is sweet and fruity. The activity of the tea causes the mouth to salivate. The fine floral characteristic found in this tea is referred to as lan xiang – orchid fragrance. The tea is not just elegant, its power is easily felt.

This is a cake I acquired via Teepolku/Tea Trail based in Turku, Finland. Thus far in my young pu’er drinking career I’ve focused on young sheng, and this was a curiosity buy I acquired a while back to act as my first foray into semi-aged raw or at least something close to that (I also have a Xiaguan tuo from 2004 waiting for me). According to Teepolku, Ju You is a small pu’er producer who specializes mainly in tea from the Yiwu area. As the name suggests, this tea is allegedly gushu material from Kunlu mountain. As both of these claims are difficult to prove and don’t really matter in the end, we shall not dwell on them any longer than this. I don’t have any knowledge about the storage history of this tea.

The cake is fairly loose and prying leaves off is quite easy. The color is indeed a few shades darker than the younger cakes I’m used to looking at and even the buds have gone from their young silvery appearance to a dirtier off-white. Still, there’s a fair amount of green shades left. The dry cake doesn’t smell all that different from your typical young raw bing, but in the pre-heated teapot the dry leaves start to reveal a slightly fruity scent. After the rinse the fruitiness becomes more pronounced and is joined by the scent of tobacco.

As per usual, I steeped around 13.4g of leaf in a 250ml Yixing clay teapot. I gave the leaves a brief 10s rinse and let them rest for ten minutes before the first infusion. I steeped the tea nine times for around 16s, 14s, 15s, 18s, 22s, 26s, 34s, 54s and 70s according to my own mental clock. The tea had nice strength in the early steeps, but then started falling off quicker than other raws I’ve had. I didn’t do a perfect job of trying to compensate for this, and in the future I will likely need to increase the steeping times in larger increments than typical. The tea could have probably gone for a bit longer, but I felt it didn’t have anything else to show me and there would have been no point in drinking it for the taste.

The first infusion presented light, clean flavors with a lightly floral nature to them and perhaps a touch of floral sweetness. I was reminded a bit of a white tea or at least the image people have of white tea. The next steep was more potent, with some slight astringency and a taste leaning more towards a greener color. The taste remained unchanged in the third infusion. What set it apart from the one that came before it was the way in which it coated your mouth, leaving hints of various flavors lingering in your mouth. You could also detect an interesting aroma in your mouth when you breathed out through your nose, but I for the life of me couldn’t place it.

The taste in the fourth infusion was less green, less astringent. It wasn’t sweet, but it had a note with a character that made you think of sweet. The steep also showed a small resurgence of the initial floral nature or something of that nature. I can’t be sure, but I may have also detected the tiniest hint of some mild qi. In the next two infusions the other flavors started to taper off while a characteristic sheng sweetness seemed to start to emerge. I could feel the qi very stealthily starting to creep up on me, and so I decided to take a small break from the tea and snack on something in case it was bringing my blood sugar down too much.

After the break I tried pushing the seventh steeping a bit harder, although brewing it for a couple seconds longer would likely have resulted in an even better result. I managed to extract some more flavor and somewhat unexpectedly the tea was actually less sweet than before. Drinking this infusion I could feel noticeable warmth in my chest and throat and my breath felt hot. Despite pushing the eighth infusion even harder, it wasn’t very flavorful and didn’t even offer any real sweetness to speak of. On the other hand the presence of cha qi was probably now more noticeable than before. Surprisingly the last infusion I did did once again have some flavor, but the astringency was also on a steep rise. The tea was still quite warming, almost causing a burning sensation in my chest.

This is the point where I decided to stop, because in my eyes the only reason to keep drinking the tea would have been the cha qi. After the session the tea made me feel very listless for a while and this was followed by my stomach being a bit grumpy for most of the evening, which is not something pu’er typically does for me (this is the first time). Despite it not being any warmer inside than normal, I was sweating a little all through the evening like it was early summer, and when I woke up during the night the legs of my pajamas were wet from light sweat, akin to breaking into a cold sweat when you are sick.

Throughout the infusions, the color and hue of the liquor were indistinguishable to my eyes from a young sheng’s and coupled with the flavor profile of the tea I would draw the conclusion that this tea has been fairly dryly stored. If this tea had been served to me without showing me the dry leaves, I would have pegged it down as a spring 2016 harvest. As I feel the tea is still a long way from even reaching semi-maturity, I will likely be slowly drinking it away instead of storing it. Next time I will experiment with brewing it in a gaiwan, which should allow me some more control over the brewing time, and see if there are nuances to this tea that were lost to me the first time around. The qi in this one didn’t seem to agree with me on first meeting, but hopefully we can get better acquainted over time and maybe find some common ground.