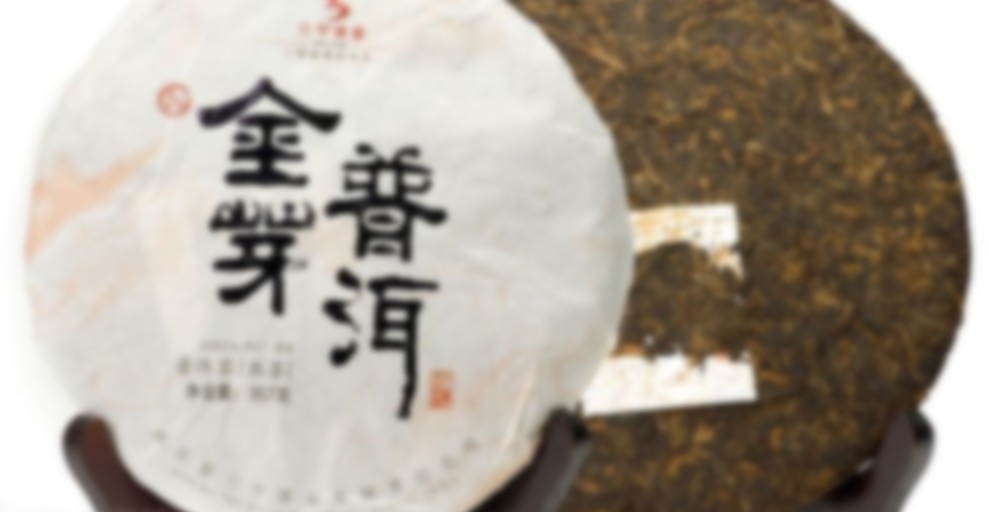 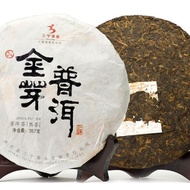 Description
This compressed tea cake is made from fine leaves picked in early spring of 2013 from Fengqing, Yunnan. It is exquisitely made with fine leaves adopting pile-fermentation method and has glossy brown surface and golden tips visible on the top and bottom of the tea cake body. It yields bright deep red liquor with soft and smooth mouthfeel and mellow taste. Since it is harvested in early spring days, this tea is high in phytochemicals which helps digestion and remove greasy feeling.

Was fortunate to get a sample of this one.
A bit of mystery here … Tasting results from a 5g sample:
A cat tea for me:
slightly sweet, and most importantly warm and comforting, appropriate for autumn …
Yet I was hoping for more, all in all…

Review title: THE DOG MADE ME DO IT or “Why I Am Drinking Puerh At Nearly Midnight?”

Hubby and I have meant to get back to doing yoga together. I suggested we really make an appointment in the evenings so we will be motivated to do it. He agreed.

Tonight is a beautiful night. The sky is clear and the stars are so bright. There is a very light breeze and it is warm for late February, highs around 80F, but that isn’t unusual here. I suggested that we do yoga in the backyard instead of the living room.

When I went out after changing into my stretchy clothes, hubby had hung a candle lantern and spread quilts for us. I brought out my iPad and played Spa Suite on Pandora. And it was so lovely. Then….I notice the dog.

Sam had come out with us as he loves to be near when we do yoga, but when I looked up from downward dog, I saw his squatty position over near the chicken pen and told hubby, “Mark that spot in your mind.” Apparently, it was a very fulfilling poo because he then began to kick the dirt with his back legs with great energy, showering my arms and wrists with damp soil. (It has been very foggy off and on and the soil is a bit wet in spots.). Mmmm. The smell of geosmin! So even though I had just finished my glass of lavender water, I was now craving puerh.

The stillness of our romantic yoga time was then shattered by the hospital helicopter flying back to Chapel Hill for the night. (We live in walking distance of the hospital.). It was flying low and we were even momentarily raked with the lights as it flew by.

A few minutes later when I am turned the opposite way from how I had started, I am hit with the smell of dog poop. Ah well. Nature. What can you expect? It must be wafting over from the recent pile. Then….gasoline. Gasoline? I tell my husband. He says it is probably from the woodsplitter he was using day before yesterday that is sitting pretty close to the dog poop. I tell him I think I preferred Eau de Poop to the gasoline smell.

Yoga done, we gather our things and head back in to the house. “Oh,” hubby says, “there is a gas can sitting right there near your head. And the pooper scooper. With some nuggets in it.”

I suggest that he “romance-scape” a little more carefully next time!

So now that I am craving the lovely, nature-y, woodsy smell of puerh, we are having this lovely cake in the living room with our tea tray on the floor, which is thankfully pretty free of any other aromas.

This was extremely entertaining to read. :)

I really enjoyed reading about your attempt at romantic outside yoga! :-)
My fav yoga music is Yoga Breathe by Chris Phillips & Donald Quan. I tried finding yours on ITunes but but nothing came up.

I needed a giggle. Thank you!

thank you for the imagery and the laughs =)

Ah well, parts of it were certainly idyllic. Thank you for inserting us into your lives for a moment or two.

mrmopar: I certainly was! Ha ha!

Additional notes:  This must be one of my favorite ripes.  Even the leaves look different in the infuser: rustic, twistier, bigger, meaner, earthier.  It’s hard to describe how it looks different!  How could it be unique from other ripe pu-erhs?  But I notice it every time. And really, how do the golden leaves end up looking so dark in the infuser and having such depth in the flavor?  The biscuit flavor when I’m enjoying the mug out in the cold weather is even better.  I would buy a cake, maybe possibly.