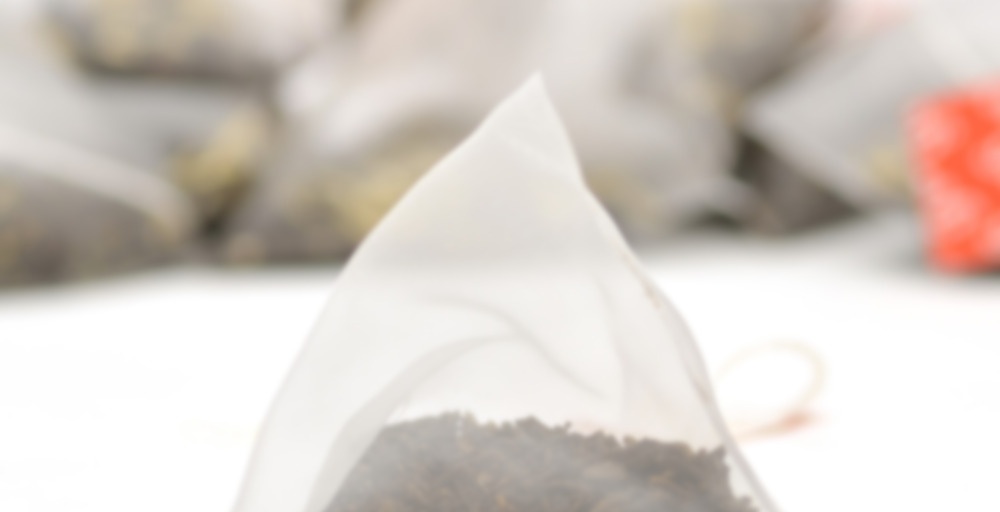 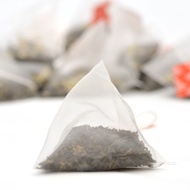 Fresh Leaves: One bud with 2 leaves

This tea bag is made of pu-erh tea leaves coming from Yunnan and is perfect for people to enjoy natural taste of Chinese Pu-erh tea. It yields rich, reddish brown broth and aged aroma. It is very easy for you to brew and enjoy.

The tea leaves of TeaVivre new-coming Pu-erh pyramid tea bags are all from Yunnan province, which is the world’s original production place of tea. It chooses Yunnan large leaf species as material, has two kinds of tea bags: ripened pu-erh tea bag and raw pu-erh tea bag. Both the two kinds are strong, fragrant and mellow.

Ripened Pu-erh tea is fermented after pilling, and then the bitter taste is reduced. It is also called Shu/Shou Pu-erh. It tastes smooth, mellow and soft, with rich fragrance, and suitable for daily drinking. Raw Pu-erh does not go through the piling fermentation process, so it keeps the characteristic of fresh tea leaves: astringent fresh aroma, strong taste, and bright golden liquid. It is really a good choice for people who love new teas.

A sample from Angel at Teavivre. I’m not the biggest fan of Pu’Erh, but I’m learning to tolerate/appreciate it as I continue exploring. These bags are certainly a convenient way of preparing pu’erh, which I usually brew western-style at work anyway. I used 1 bag (which looks to contain a generous 1 tsp of leaf) and gave it 1.5 minutes in boiling water. The guidelines specify between 2 and 9 minutes, but I’m afraid I’m just not that brave! The resulting liquor is a deep, dark brown (almost black), and smells (characteristically) of horse manure and earth.

To taste, it’s not as pungent as the scent would suggest. It’s definitely VERY earthy, but in a warm compost sort of way which is actually quite pleasant. It’s very spring-like and naturally wholesome in flavour, without the heavy, cloying notes that some Pu’Erhs possess. It’s also smooth, with no astringency whatsoever.

The scent is probably the most off-putting thing for me, but once I get past that I can actually find it in myself to enjoy a cup of Pu’Erh, particularly when the flavour is as clean and light as this. The very end of the sip verges on the almost-fecal, but it’s not a flavour that’s present throughout, and thankfully it doesn’t linger long.

I’m pretty convinced that Pu’Erh is never going to be 100% my thing. I think I have too much of a sweet tooth for that! I can happily drink the occasional cup, though, and this one is a good choice for those moments. Convenient to brew, not too strong, and lacking most of the more unsavoury flavours Pu’Erh can have. This would be a good introductory choice for those new to the variety, and those who are just plain scared (like I was!)

Taste: I don’t have much experience when it comes to Pu-erh teas,this was something new to have it in tea bag from. I also have quite a few other teas like this one that i will be getting threw in preparation for new spring teas. I was surprised by this tea during the brewing process b/c of how dark the color is like black coffee. As for clarity I couldn’t see the bottom of my cup, but when scooped up with a spoon I noticed a reddish-brown clear tone tea. Overall I found this tea to be bland & bitter

Angel at TeaVivre provided this sample. Thank you! I steeped it for 2 minutes. Teavivre recommends 9 minutes, but it got so dark so fast, I was worried! Turns out, I didn’t need to be.

In the first steep, I detected the usual earth notes, but also some caramel and cocoa and a bit of freshness from citrus or wood. There’s not much, if any, fermentation funk. It’s pretty clean tasting.

I decided to go full throttle on the second steep and brew it for 9 minutes to see how dark it would get. It got to pretty much the same level of darkness as the first steep and the flavor level was similar and still clean tasting.

This teabag is super convenient. I usually drink puerh gong fu-style, so it’s one I reserve to drink at home, rather than at work. Since this is a teabag and the tea seems pretty fool-proof, I could definitely bring it to work, which is a plus! This could totally be a daily drinker.

Also, it pairs really well with a piece of dark chocolate :)

I have yet to find something that dark chocolate doesn’t enhance :)