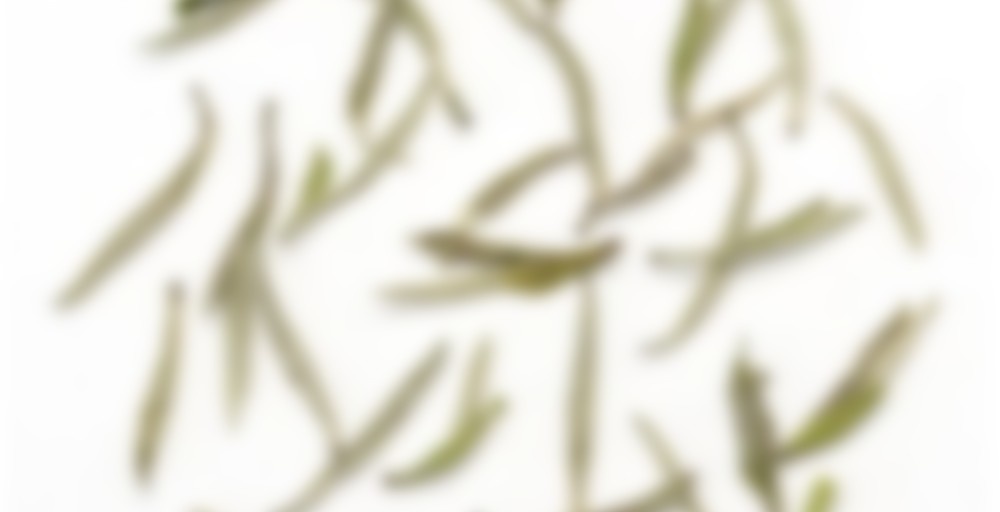 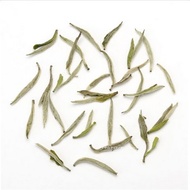 Health Benefits: Silver Needle White Tea gives you the greatest health benefits of all White Tea’s. Composed of only unopened, fresh leaf buds, none of the beneficial antioxidants and minerals in this tea has yet had a chance to be used by the plant to convert to chlorophyll or other parts of an opened leaf’s structure

It’s the last day of July already? Unbelievable!
A few months ago I started using the last day of the month to update my “Tea Collection” database, re-arrange my cupboards as needed, & kind of review what I drank. I have this insane goal to drink a cup of every single tea in my cupboard once a month, & as my cupboard continues to expand, that goal gets harder & harder to accomplish. I didn’t even come close in July, having started the month with 307 teas (including samples) in my cupboard. I only drank 132 of them (some several times, like Zhu Rong), with 36 sipdowns. That’s ok. There’s always August! :)

In looking through my cupboard, I realized I still had a sample from Angel that I hadn’t tried yet. I guess I’m starting to like white tea, or maybe this is just a really tasty one! It’s hard to describe the flavor of it. It started out almost buttery & malty, but then it took on a kind of soymilk flavor, & near the end it reminds me a little of split pea soup, very savory.
Thank you to Angel @ TeaVivre for sending me generous samples of this, & also for allowing me to be part of the sampling program, as I truly enjoy the quality of your teas!

Wow. I still think drinking 132 different teas in one month is pretty good! You need to give yourself time to enjoy each cup, and resteep if it’s worthy of the extra attention. :D

I think I’ll be reviewing my collection every month or so, and updating the estimates on how much (in oz) I have, as well as total number! It’s pretty relaxing.

Oh, don’t worry, I enjoy every single sip!! Including re-steeps when they are worthy :)
I know there is no way I can drink through 300 teas a month (or however many I have by now…I’m afraid to count). That would be 10 teas a day, which might be doable if I wasn’t drinking oolongs, puerhs, etc.

yeah…those damn puerhs always slowing me down! and SOMEONE just sent me a zillion of them!

Thanks to Heather for passing down a sample of this. I’ve never been a huge fan of white tea, but seeing that I haven’t had a straight up white tea in years, it wouldn’t hurt to revisit them.

Freshly steeped, there are notes of cooked vegetables, maybe mild snow peas. It’s hard to pinpoint but definitely some sort of cooked green vegetable. As this is cooling, it’s going a little wonky, along the lines of chlorine, unfortunately.

Beautiful leaf but the flavour is not my thing. I’ll abstain from rating seeing that no one else has so far and I’m not the greatest fan of white tea to begin with.

Here’s Hoping Traveling Tea Box #10
I snatched this one out of the box to sample later and I am soooooo glad I did. This was such a delicate white tea I love! The dry leaf was so beautiful. The aroma as it steeped worried me a little… It smelled grassy and savory and I’m not a fan of vegetal teas. But the taste is nothing of the sort. It had this creaminess I was not expecting at all and then when I looked it up it says soy milk notes. I get it now! Ha ha. My favorite steeps were definitely the second and third. Was not a huge fan of the first steep but was definitely worth it to get to the further steepings:) I have enough left to try some other time! Yay!

This sample arrived today from Teavivre, and I didn’t wait long before trying it out. The dry leaves were lovely and intact, and it was fascinating to see how much character each little leaf contained. The smell was deceptively simple, and primarily grassy.

When steeped, its other flavors came out to play, and I must say the 2nd and 3rd steeps continue to be my favorite. The liquor remains the same very pale yellow, but the sensation of each sip is light yet silky. The understated notes of butternut squash, nuttiness, and dry grass balance each other beautifully.

I’m trying to build more whites and greens into my cupboard, and this was a fantastic place to start!

You can read my full review here:
http://wordsabouttea.blogspot.com/2013/08/silver-needle-white-tea-by-teavivre.html

I am a total novice to straight white teas, so I don’t know how I will properly review it. But here goes.

The leaves are quite long and lofty, and covered in a fine fuzz, and they are really beautiful! I’m not sure how to describe the scent, but it smells fresh and clean.

I may have under-steeped this one since it is extremely mild, but it is still quite hot to take a better sip. I’ll try to go more into detail when it is a little cooler and I can try to pick out other notes.

Thanks to Angel at Teavivre for the generous sample for review.

Average to decent white. I got the 2022 harvest of this tea from my Teavivre order, and it isn’t really that great of a tea tbh. Beautiful plump buds with a nicely nuanced but weak aroma. The liquor is thick and the flavour is delicate but not nuanced enough. The texture is smooth but otherwise average, character is pretty unidimenesional, finish & aftertaste is average to decent, nice lingering hay note at the tail end. Cha-qi is almost unnoticeable and the steep longevity is decent, topping out at steep 8 and may go further if pushed.

Swap tea with ashmanra. Thank you :) Keeping my white tea theme rolling now that it’s in the mid-80s here.

The packet was 5g and since I wanted to see how this tea made out gongfu and western, I split it in half: 2.5g for a 60mL gaiwan and 2.5g for a 6oz cup. The dry leaf struck me as strange; it smelled mostly of a jasmine-scented tea, not a typical light floral aroma. I wonder if there was either some product mislabelling or some cross-contam prior to packaging because the packet was sealed tightly. There were also notes of some other flower, hay and a mustiness which is common to Chinese silver needle white teas. The aroma of the rinsed leaf was musty with wet hay and florals and a pungent note much like tea tree oil. I drank the rinse. The tea is difficult to describe. Cantaloupe-ish, lemon sweet-tart, musty, dusty, retronasal florals. Aftertaste was pleasant though short-lived. It took a while to come to me, but I figured it reminded me of a buttery croissant and lychee.

Some other notes that appeared in the gongfu session were nectar, another pungent herbal quality reminiscent of sage, semi-sweet sake, minerals. The liquor aroma became very pronounced with musty jasmine. Tongue-numbing in a way I found unpleasant. The body was thin and watery. Aftertaste moved to oats and cream. By the fourth steep, the liquor lost flavor and grew very drying despite using water near the recommended temp (of note: I believe it was ~165F on my packet vs the 176F in the current product description).

One steep western of 5 minutes was less impressive. Watery-brothy, musty and tart with a strong jasmine finish.

I found this to be more of a musty, savory and herbal silver needle white than the sweeter and fruitier ones that I prefer. As it is, I’d put this tea’s rating somewhere in the 40s to 50s due to several elements that turned me off and possible mislabelling or pre-packaging cross-contam with a jasmine silver needle. However, I don’t know the age of the leaf so I’m leaving it unrated.

This tea has a pale green liquid and a faint hay aroma. It has a light body with flavors of hay and cucumber. It also has a nice sweetness to it. I liked the Organic Nonpareil better, but at over twice the price I didn’t think it was over twice as better. This is a very good white tea and one that I would drink again.

Sipdown! I got this as part of a prize pack from TeaVivre… at some point, I no longer know when. But it’s still tasty! I made this gong fu style on a brisk evening. The first steep reminds me of a savory rice porridge (so, basically, congee). As the second steep cools, I swear there’s a sweet potato note too. I expect to get a few more steeps out of this but it will have to wait until after dinner.