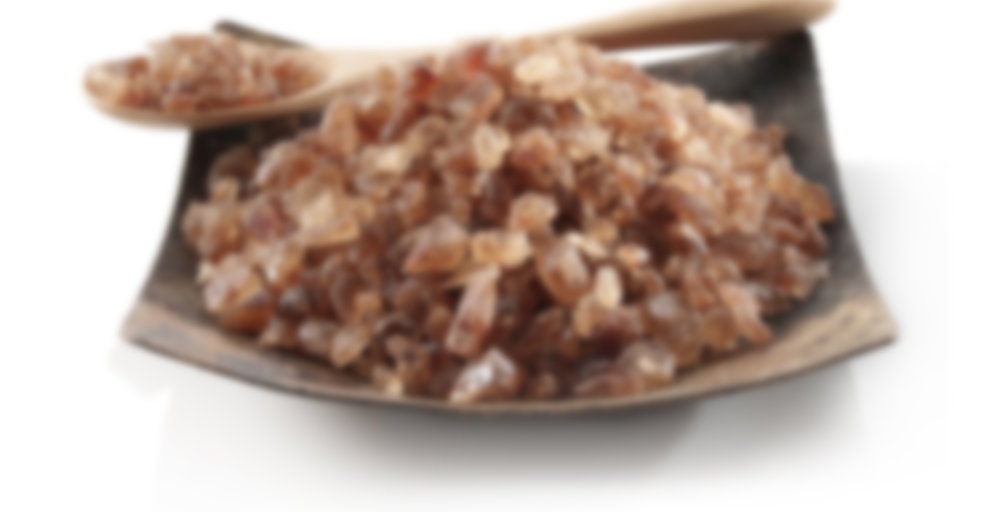 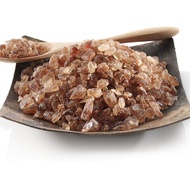 These beautiful unrefined sugar crystals are the best way to enhance the natural flavor of tea without changing it. 1lb (450g)

Tea for All Reasons 79

Teavana really pushes their rock sugar pretty hard when you go in to buy tea and eventually I relented out of sheer curiosity, although it took a few visits to finally cave in. While I do love the sweetness it adds without adding additional flavors I think it is really overpriced for a pound of sugar. I think I paid about $9/lb, but that pound really does go a long way. I only use a rock or two per 16oz serving and that is perfect for me most of the time.

I’ll likely be looking for less expensive options in the future, but it won’t be any time soon. I’ve had my sugar for nearly 5 months now and have hardly put a dent in it, I just don’t sweeten my tea very often.

They definitely do push this pretty hard. I ended up with a 3 lb jar which I don’t think I will ever finish given that I usually don’t sweeten my tea. The woman tried telling me people use this for baking and stuff however that doesn’t make much sense because you usually try to get rid of lumps in baking and I am not sure how one would smooth out a rock of sugar.

Yeah I kind of chuckled when the lady said one could use it for baking..first, like I would use overpriced sugar to bake and this stuff takes awhile to dissolve in hot tea let alone in any baking recipes lol. I bought a 5 dollar bag though, so they did get me to buy it after all.

My sugar has been in my cabinet for nearly 9 months now and I’ve hardly used it. I’m thinking about using mine as a cake decoration for my son’s third birthday, it should make the perfect rocks for his construction cake. I still can’t see baking with it though, these people suggesting that must not bake much.

First off I would love to know how Teavanna has come to 25 calories per teaspoon of German Rock Sugar. Seeing as all it is is Beet Sugar, during war times it was hard for Germany to get sugar refined from sugar cane so they started refining it from the roots of the sugar beet. Unless Teavanna is processing this sugar with something else it will have the exact same nutritional values and glycemic values as cane sugar, its the same with raw sugar as well, it is all pure sucrose and that is a chemical compound that does not change naturally. That said Teavanna could very well be processing this rock sugar adding more calories, to it and if that is the case I would like to be informed so I can purchase it elsewhere.

The benefit of using beet sugar is to add sweetness to your tea without altering the flavor of the tea itself. I believe there is a complete lack of molasses that you would normally have from cane sugar, or if it does have molasses in it, it won’t be the same type as cane sugar seeing as they are from different plants. Which brings me to a plausible but most likely impossible fact to prove. Beets are extremely high in antioxidants, leading some people to claim beet sugar (rock sugar) also contains similar antioxidant properties.

What I can confirm is that Beet Sugar will softly sweeten your tea without really affecting the flavor of it. I used to be a huge raw sugar fan until my Omi found out and nearly BEET the crap out of me! She insisted I try German Rock Sugar in my tea and well I am glad I listened to the 69 year old German lady, because she knew what she was talking about.

I am sure there are plenty of places that you can obtain this sugar, Teavanna does not have a special supply of magical sugar or anything; however for me it was worth the extra couple bucks for the convenience of Teavanna being close to home. I paid $9 and change for a pound of this from teavanna I was paying $6 for 450g of raw sugar from the grocery store.

Long story short: A little pricey, but certainly worth the extra couple of dollars in my opinion. But hey try it out for yourself!

A very nice taste! In my experience though, it can take quite a bit too sweet my tea to my liking. A bit overpriced as well, and doesn’t melt/disintegrate as easily as I’d like.

It is slooow to dissolve isn’t it?

Ugh, goodness is it ever!

I almost was not going to fall for buying this sugar. I really thought it was a gimmick for Teavana to make more money but after trying out honey and raw sugar to compare, I can say that this sugar is the best in terms of sweetening without altering the taste too much. You don’t need a whole lot (depending on your tastes) so I think the little bag I bought will last awhile. I sure wouldn’t buy the $30.00 jug though. I want my sugar fresh too, not sitting on my counter for six months so I would only buy a bit at a time.

love this stuff! Sweetens my tea without changing the flavor!

My granddaughters love this when we have tea parties – English style with Blooming teas. So much fun!

Did you know that this unrefined beet sugar qualifies as a whole food? There are also claims that this is the best type of sugar to add to your tea because it supposedly doesn’t alter the flavor notes of the teas you add this to. I definitely can tell that this tastes different from white cane sugar in teas, but I also have a finicky palette. I really recommend this if you’re sensitive to tastes in your teas. It doesn’t hurt to try out; it tastes great (you can add it to plenty of other things in your life! If you have a mortar/pestle then you can grind it up and add it to oatmeal, baked goods, whatever) and it’s not extremely expensive compared to Teavana’s teas. (And they offer discount prices for bulk buys, which is considerate!) However, it’s slightly high maintenance; it takes longer to melt and if you don’t have the patience to melt it down or grind it with a mortar/pestle, then you might find it unappealing to handle. But, if you’re a connoisseur, you’ll surely enjoy the natural benefits and how it affects your tea flavor.

I went to Teavana with my parents, and my mom fell for every last one of their ploys. ARGH! One of the things she bought was this sugar. I take about half a teaspoon in certain fruity teas, but the primary use is just eating it. I would recommend buying rock sugar from other, less pushy places.

These are amazing! I dont drink my tea with sugar unless its a milkyy black tea but i love this rock sugar. i can eat it straight or i use it for iced teas and black teas.