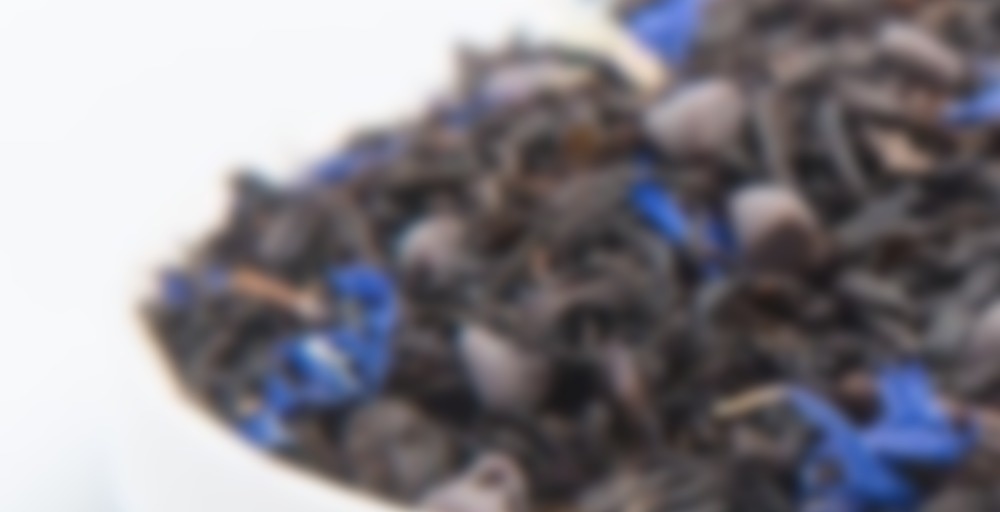 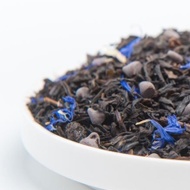 Is there anything better than blueberries and chocolate? This intoxicating tea will comfort you when you’re feeling blue… or simply when you’re craving chocolate!

Tried this tea as a latte and it tastes like blueberries and chocolate. Yum.

This is on my wishlist !

Ah, if I had any leftover, I would totally send you a sample but I only got a small 25g pouch of this one and used it all for the latte. It was really tasty though-I definitely recommend this tea!

Sample from VariaTEA This is a decent enough tea. I still think my other fav bluebrry tea tops this one, but i do like the blending of this one. I wouldn’t say that there’s a lot of chocolate in this though…it’s closer to a straight blueberry tea imo than a chocolate blueberry. But it’s tasty. thanks variatea!

So, I got a whole bunch of tea mail from VariaTEA today which included tons of samples from TeaTaxi – a company she’s been quite into recently but that is new to me. I definitely knew that the first thing I was gonna try out of the samples she sent was something from the company, and this is what I settled on.

I should probably mention, that my all time favourite blend from DAVIDsTEA is Blueberry Jam despite the stevia in it, and that Blueberry Jam is my most logged tea here on Steepster (and possibly my most consumed overall, as well) so this tea had a lot to compete with…

However, that said, it was a real contender and definitely gives Blueberry Jam a run for its money. It was just the perfect level of sweet with a really, really well rounded flavour. The blueberry notes were SUPER enjoyable with this absolutely bright, fresh sweetness that perfectly sat on the line of realistic/natural and delicious candy goodness. The chocolate was creamy, and a very nice complimenting flavour although light enough overall that I really did get the feeling like the blueberry was the star of the cup.

If I’m being completely honest, I think the blueberry flavour in this tea is totally better than the blueberry in Blueberry Jam. It just delivered the same qualities I love in that blend but better/smoother. Is the blend better overall? Eh, it’s kind of iffy? It mostly boils down to the fact that I’m really not the world’s biggest fan of chocolate or chocolate teas. Don’t get me wrong, I like chocolate but it’s something I’m usually more neutral towards and don’t typically crave too much. So I’d probably opt for the blend without chocolate over the one that does have it.

I can’t think of a better first taste of this company though! If the rest of their blends are able to touch the same level of tastiness this one did, even if it’s only barely, I’m sure I’ll be very happy drinking them.

Glad you liked this one. And I definitely agree with you…I enjoyed the blueberry notes in this a lot but was not super into the chocolate.

Sipdown! I suck for not being around much lately, and that’s largely due to the fact that I’ve been slacking on the tea-drinking front. I need to get back into making cold brews and/or enjoying some hot tea whenever I’m home. I polished off the rest of this with some milk and while it was good, it won’t be worth a repurchase.

This has been the first BF, well, ever (as a Canadian) that didn’t result in crazy tea orders. I swear I couldn’t find anything interesting? Or perhaps I missed out? I have, however, been going crazy on cosmetics and skincare. Ugh. A lot of the money I made at my previous job has been going to that stuff.

Did I mention that my last job was a management position at Sephora? Some days I still regret leaving, but it was the cattiest, most passive-aggressive work environment, unsurprisingly, that I have ever experienced. It would have been the most perfect, temporary job before finding a career-oriented one had it not been for the way that damn place is ludicrously run.

Anyway, another tea bites the dust.

Made this as a smoothie and it was rich. Very, very rich. The chocolate pudding and berry mix were highlighted by this tea so the entire thing was a chocolate blueberry flavor punch to the face. Depends how you feel about the flavor combination. For me, I am on the fence about it so I need to be in the mood to enjoy it. Today, though I can appreciate this, I would have preferred more banana or some other fruit (although that is a reflection on me, not the tea).

interesting. I DO like a good blueberry tea…but chocolate banana would be more up my alley heh

LOL, I can set this aside as well for you to try! I am going to try one cup plain to see if it is still as flavorful but the rest can be yours.

And by the rest, I mean the couple of tsps since it is not a giant quantity