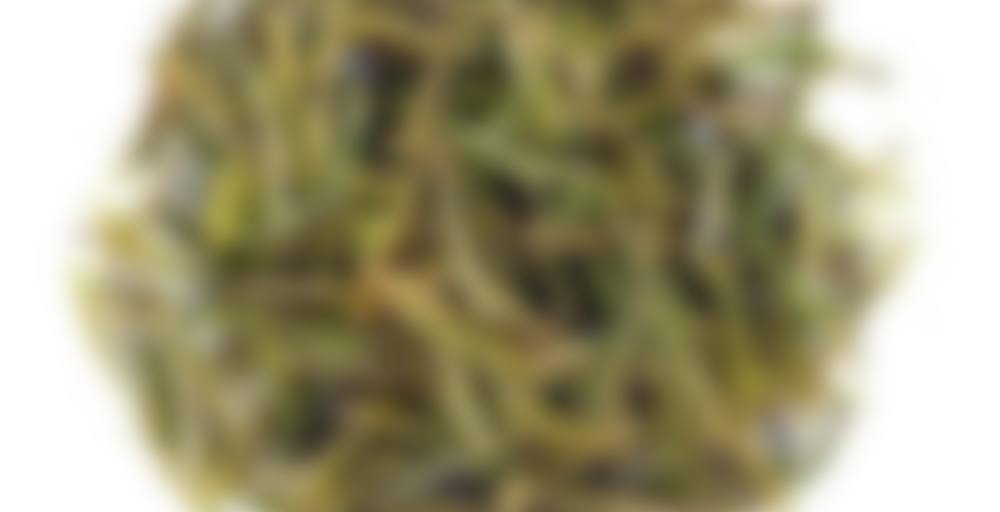 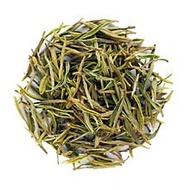 An Ji Bai Cha, or An Ji White Tea (in English) is so named because its unprocessed tea leaves are almost completely white in color. The tea itself is actually a green tea. There was a legend recorded in an ancient 900-year old Chinese book called “Da Guan Cha Lun” about a tea plant with jade white leaves. It remained a legend until 1980s, when a single white tea bush (now known as the Ancestor of Bai Cha) was found in An Ji County (Zhejiang province, China), and experts believe that this was the tea plant that was mentioned in the book. It was soon cultivated for commercial purposes – An Ji Bai Cha is one of the teas processed from the leaves picked from these tea plants. The picking season is very short, around 30 days in early spring season as once the temperature increases, the leaves would start to turn green.
Research found that the tea plant has low chlorophyll and polyphenols content (which explains the whitish-green tea leaves) but is very rich in amino acids. It has almost twice the amount comparing to other green teas. Amino acid helps suppress cortisol and reduces stress.

An Ji Bai Cha harvest area is now a protected. Only the leaves picked within destinated area can be considered as An Ji Bai Cha. To ensure its authenticity, we will provide a coded anti-fake label issued by Local An Ji Bai Cha Tea Association. (for 100 grams and above only). This tea is certified organic by China Organic Product.

Taste:
The taste is refreshingly delicate and soothing, with a slight hint of orchid sweetness in its aroma. It is very important that the temperature of the water used for steeping this tea should never exceed 80 degrees Celsius. As with all other green teas, use 70°c – 80°c to bring the best out of this tea.

Light apricot, grassy, lovely sweetness in the mid palate with a finish that is lingering. Really love the fresh bright flavors you find here.