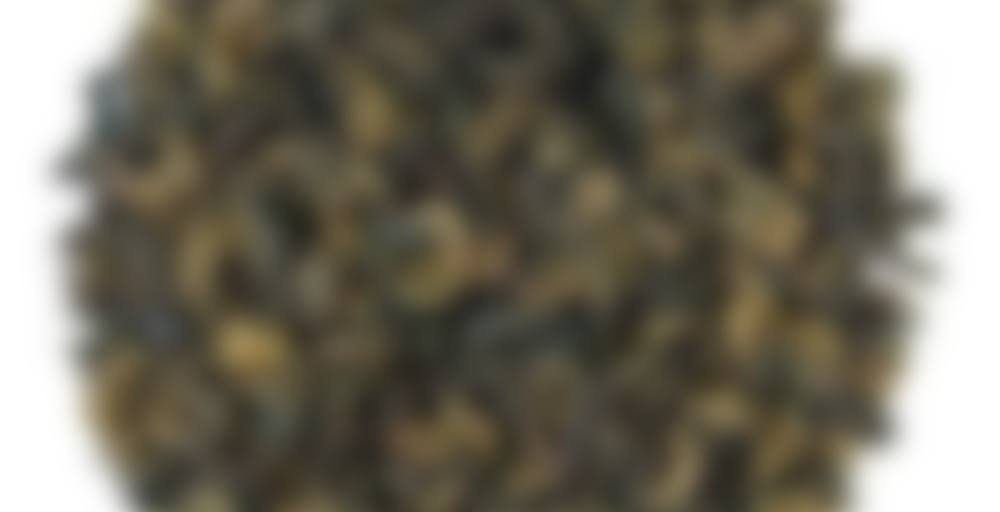 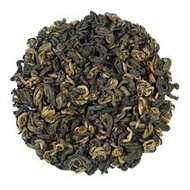 Bi Luo Chun Hong Cha is made from Yunnan tea leaves (same tea leaves that are used to produce Yunnan Gold and Yunnan Pure Gold) and carefully rolled into the shape of spiral, very similar to Fujian Bi Luo Chun (Green tea). It is also the only Black tea that we know of where the tea leaves are tightly rolled. An excellent drink for the cold weather as this tea helps to keep your body warm and to quench your thirst.
Other names:
Pi Lo Chun Hong Cha, Spring Snail Shell Black Tea

Taste:
The infusion produces an amber-colored liquor that is as smooth as Aged Pu-erh tea and has a slight hint of malt flavor.

Appearance:
It is made of black and gold leaves rolled in spiral shape (similar to Bi Luo Chun).

I hate c25k with the burning passion of a thousand suns. There I said it. Now let’s move on.

Here’s another Explore China tea, and as some of you may have noticed it’s a Yunnan black.

“Hey, hang on!” I hear some of you exclaim. “You keep saying you don’t care for Yunnan blacks!”

“Yes,” I answer, “that is quite correct. Well spotted! However, there is the odd exception to the rule, and this is it.”

“But you keep saying that Yunnan black tastes like hay and you can spot it mile off!” I hear some of you protesting.

“I can. But not ALL Yunnan black tastes like hay. Most do, but some don’t,” I reply patiently.

“Hmmm…” I hear some of you mutter sceptically. “Ang with a Yunnan black… this cannot end well.”

Well, let’s not turn the whole thing into a screenplay, lest we be forced to act it out. 95% of all Yunnan black teas I seem to come across are the golden type. Those, I do not much care for. Those, I often feel is a mouthful of wet hay. Those, I can only drink and enjoy when in the proper mood (under which circumstances I do find them very enjoyable)

But this stuff is different. This stuff is like being smacked round the head with toffee! I want to say it’s a bit chocolate-y, but that’s not really it. Neither is it properly caramel-y, so fudge or toffee is the closest I can get here. It’s that sort of candy-like sweetness with a touch of malt underneath. Just enough to make it not smell like a sweetie shop and just enough to give it a hint of grain.

I have to say I botched the steeping slightly because I wasn’t using the timer and it went slightly over the time I had expected it to end up at, but I can inform you that the leaves didn’t care. It’s not bitter, it’s not astringent, and it doesn’t even taste particularly strong.

There’s a slightly woody flavour to it, which somehow comes across as a more mature sort of that hay flavour that I normally associate this region with.

It’s also rather more cocoa-y than it was in the aroma and less of the other types of sweets I mentioned. The malt is still there though, just a little bit, and the grain-y aspect is a little less obvious.

I had this tea yesterday as well, three steeps of it. I have to say the third steep wasn’t really all that worth the effort, as it was quite thin in flavour, but it was still fairly nice. I’m quite pleased with this purchase.

And if anybody can explain to me what it is that makes such a huge difference between this Yunnan black (or those dragon balls for that matter) and those other golden ones, the ones that I don’t care for, please do.

Oh my, C25K… I am going to start that as soon as I am sure the temperature isn’t going to spike back up again. I was halfway doing it about a month ago, and then I just couldn’t take the heat.

As to the Yunnan differences, I have no skills there, sorry.

We’ve been going in the evening or in the morning so we avoided most of the worst heat, but some days were still pretty dire. This morning it was raining, though, which wasn’t really that much of an improvement. We’re on week 3 now.

Can I ask what that is?

c25k? Couch To Five Kilometers. It’s a jogging program for beginners where the difficulty is gradually increased over (I think) nine weeks. At the end of the program you should be capable of jogging five kilometers.

Interesting concept that c25k. I think it would kill me but interesting. I totally enjoyed the screenplay. :D

It’s killing me and husband won’t allow me to quit. He bikes a lot so he’s in shape, and so far in the program doesn’t even get freaking out of breath, while Certain Others can only wheeze.

I tried running about ten years’ back (I was never the sporty type even as a youngster), but I gave it up – apart from being hard work, it was so mind-numbingly boring! I’m a naturally fast walker who never gets anywhere very fast because there is always so much to stop and look at, listen to or, even, smell – whether I’m on a city street or out in the countryside. Having to ignore things to keep on running was an absolute torture for me. No way was I going to that for the rest of my life.

I find it meditative when I’m not sweating to death. Hubs can’t understand why I do it though :D

alaudacorax, I agree! In school my whole week was made if PE got cancelled. I don’t like being out of breath; I find it so unpleasant, and I I don’t like sweating either. Bodily fluids, even my own, ick me out to no end. There are times when this is really very impractical indeed, running being one of them.

Skulleigh, I haven’t reached that point yet. Right now I’m hating it enough that I’m not sure I ever will, but if I do manage to make it all the way through the program I’ll probably try to keep up the habit. Even if I do hate it, it’s good for the body and I don’t really fancy risking the alternative. :)

Nice everyday morning tea at a good price. Reminds me of Copper Knot Hong Cha, previously carried by Teavana, back when it was an Atlanta start up boutique. Although I haven’t shopped there in years (since they discontnued my 3 favorite teas, (before they sold to Starbucks), I have missed their CKHC and this tea is a very nice replacement. Smooth, fragrant, malty & chocolatey. Holds up well wth milk & sugar. Also good s straight up.