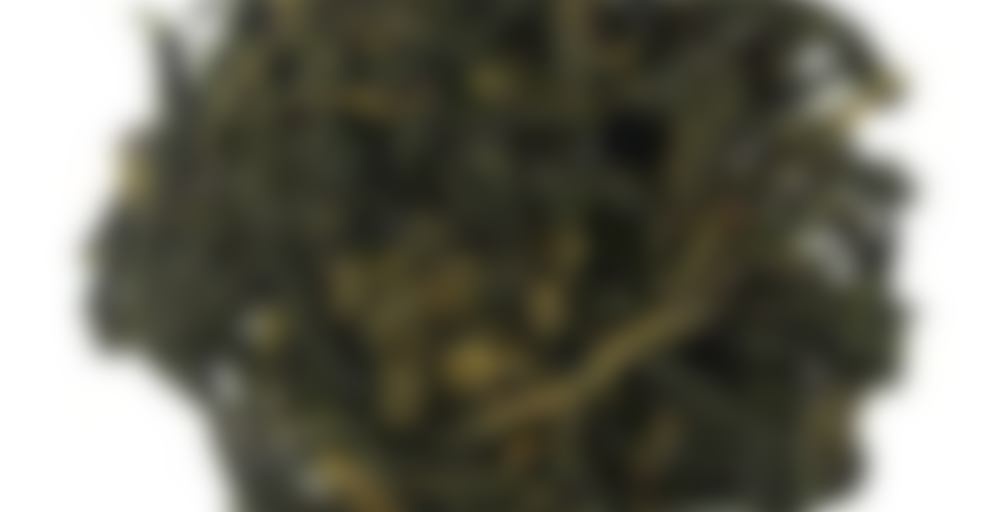 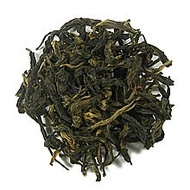 Ying De Hong is one of the very few Black teas to come from the Guangdong province of China. Also known as Guangdong Black and Ying Hong, this Black tea was first introduced in the year 1959.

Taste:
This tea has a peppery note and a sweet finish. Blends well with condensed milk.

My TeaSpring order has finally arrived! And it wasn’t even opened by Customs, which frankly is a suprise. I really cannot for the life of me see any system to which parcels they check and which they don’t. But anyway, if they had chosen to open this one, it would surely have meant customs fees so I’m certainly not complaining.

This order contained basically nearly every type of black tea on their site, except for Lapsang Souchong and their Bai Lin and some Yunnans. I’m not sure why I didn’t order the Bai Lin as well, actually, but perhaps I ran out of money. Anyway, one of almost every sort. Only one of the handful of different Keemuns, though. There are limits to even my madness.

The purpose of this excersize is to explore other parts of China rather than merely focusing on Fujian and an assortment of Keemuns, so obviously I needed a wide array to choose from, right? Right. innocent grin

Now, as it turns out, I’ve actually had this one before. Three years ago, and I wasn’t super-impressed by it then. This was before I fell in love with Chinese black in general and Fujian in particular, so I suspect I may have a different experience of it now. At the time of ordering I wasn’t aware that I’d had it before. This one is from Guangdong which is just to the south of Fujian, so I’m expecting something similar-ish to that. Although, I only know the geographical location, I have no clue about what the growing conditions are like.

The aroma is quite grainy, slightly cocoa-y and ever so slightly floral. It smells very smooth and inviting, and somewhat similar to Fujian, but rather milder.

Three years ago, I thought this was thin tasting? Really? peers into cup Really? While it is in no way a very strong or very bold tea, this, it certainly isn’t thinly tasting. It’s quite sweet, and slightly grain-y but not very much. I would say it has a wooden note to it, but bizarrely that particular note makes me think more of bamboo than of wood. And when I say bamboo, I mean the processed stuff which is made into things same way as you can make stuff out of wood. (We bought a kitchen knife holder made of bamboo recently, it’s really a very pretty material!) I don’t know anything about what bamboo tastes like though, but that’s the association I get.

Where was I. Sweet and slightly grainy with a note of bamboo. Right. What else is in here?

Like the aroma hinted, it’s a very smooth tea, this. I suspect it’s one of those that you can steep for an eternity with very little damage done. TeaSpring mentions a pepper-y note with a sweet finish, but I can’t really find that. I think their pepper-y note might be the same one that I identify as bamboo. That’s just as well, since pepper-y notes is something I associate with Yunnan, and I’m quite ambivalent about those teas.

I’m definitely enjoying this one more than I did when I had it three years ago. Back then I only thought it worth 71 points, but I will raise that now. It’s also very nice with a piece of wedding cake II. My parents-in-law sent us the rest of the wedding presents that we couldn’t travel with and included a huge piece of the wedding cake that my mother-in-law made for our UK reception. It’s a fruitcake, so it travels excellently. The combination with this tea feels quite decadent.

Another share from the delightful Angrboda! Oh how she spoils me so!

I’ll be honest, I wasn’t expecting much from this one – TeaSpring’s description only says a peppery note with a sweet finish and it blends well with milk – so I was expecting something sort of one-note and a bit rough. That was backed up by the scent I got when I stuck my nose in the cup – a vaguely sweet, mild tea smell, nothing spectacular. But the taste? It sure packs a wallop!

First, the most distinct thing for me is the end note – at first (when the tea is hot) it gives a soft plum-skin-like sour note similar to some Keemuns. Mostly, sour and I don’t agree, but for some reason I tend to love it in my Chinese blacks. Perhaps because it is coupled with such smoothness and sweetness. As the tea cools, this note migrates more towards heavy cocoa. For the second half of my cup, I felt like my tongue was being dipped in cocoa after each sip.

That’s the endnote, though. What about the main part of the tea? It’s flavorful and sweet. Oh, so sweet! I can’t really peg the sweetness – it’s more like white sugar than honey but sugar isn’t quite right either. But it’s very there. The whole front end of the taste is filled with sweetness. Sort of a combination of a sweet light rye bread with maybe a hint of floral or fruit (I can’t quite tell) and then a dash of cocoa. Or like sweet potato without the potato. That kind of sweetness.

Anyway, this is a fantastic little tea. There’s so much going on flavor-wise that each sip is attention-getting. It’s weird, though, because the notes are all sorta soft and elusive as to what exactly they are and so it seems almost delicate. At the same time, though, this isn’t a delicate tea because the potency of the flavor is like punch-you-in-the-mouth intense. I like teas like this that confuse me with so many yummy flavors and interesting characteristics. They make it impossible to get bored!

I believe this was one I threatened you with. As I recall you were playing Guess The Region on something and Guangdong was a suggestion. Or perhaps I’m making that up… Either way, I think I’ll make some. (You keep doing this!)

I vaguely recall something about the guess the region with something… Something that was Fujian-ish but not, maybe? Though I don’t think in general I’ve experience much in the way of Guangdong teas. However, if this is an example of what they offer, I will be seeing a lot more of them, oh yes I will! Please, threaten me with more delicious teas!!!! :)

Oops, totally missed your note there, Bonnie! It is great to have surprising teas like this pop up – it’s so fun!

Ha, and for the second time yesterday I made wrong tea because I couldn’t read a label! LOL, at these this time I discovered it just after having added leaves and put the tin back on the shelf. Right next to this tin. That one was good too. Yi something or other. A Yunnan tea of all things, but one of the rare that I enjoy.
Anyway, yes, I agree. I would definitely like to try more things out of Guangdong. Sichuan too for that matter.

I would like to state for the record that you are the reason I’ve been rambling through TeaSpring’s website lo took for teas from specific regions. I blame you. Fully.

This is my best innocent look. :D