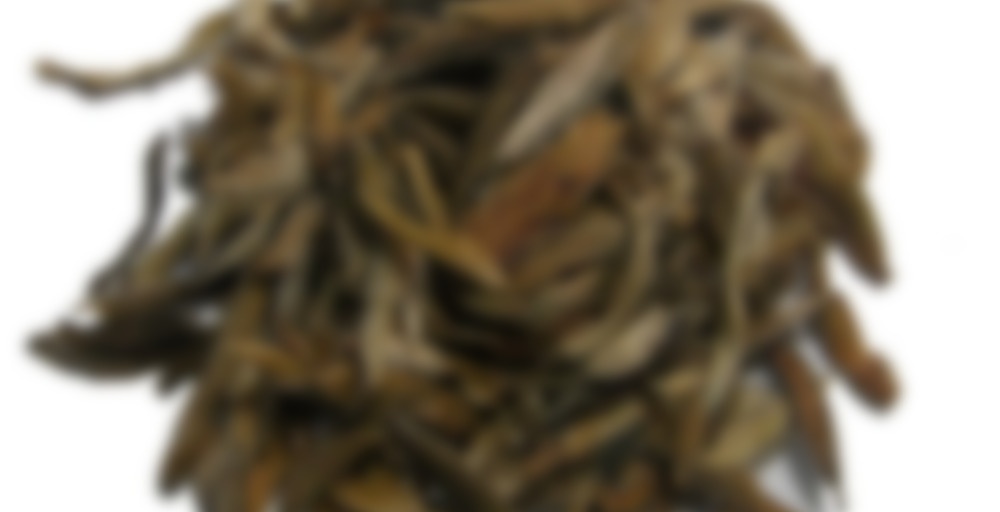 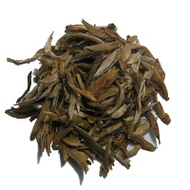 This very special and rare tea is made using tea leaves picked from aged wild Arbor tea trees that grow in the high Shi Zi Mountains of Wu Ding County. The tea leaves can only be picked once a year during the early spring season. This and the fact that aged Arbor trees are limited in number make Ya Bao tea leaves very precious.
It is not uncommon to find some Ya Bao tea leaves blended into tea cake. Usually, the Ya Bao leaves only cover part of the surface of the tea cake, which makes up about 5% of the entire tea cake. Tea cakes compressed entirely of Ya Bao tea leaves exist, but are very expensive and usually made on special pre-order.

Ya Bao is known for its special cooling properties and regular consumption can help to lower blood pressure. Unlike other Pu-erh teas, Ya Bao tea leaves do not benefit much from aging and the age peaks at around 2-3 years old. It is ready for drinking now.

This tea is quite unique – I opened the package and I wasn’t even sure that it was tea inside! Instead of the usual dark, curled pu-erh leaves, this one is in little buds with very short, tight, scale-like leaves. And instead of being dark they’re a light beige colour. It didn’t even really smell like a pu-erh until I added the water – then I could pick up that earthy odor. It didn’t smell as strongly as some though, and it has these smokey undertones.

The tea that it brewed up was surprisingly pale-looking, a very light, golden shade. Its flavour goes from sweet to earthy back to sweet again in my mouth. The earthy flavour is surprisingly mild (for a pu-erh) and the tea lacks the ‘thickness’ of other teas of that type. TeaSpring described the tea as “earthy with hints of vanilla” and I agree, if you tilt your head and squint the sweetness does seem to having something of a vanilla-ish note to it.

This isn’t a tea you can just chug down and go – this is a tea that needs to be savoured in small little sips. Thanks to whoever decided to put this in the Travelling Teabox!

That sounds interesting! I think I’ll give that a go the next time I have a TS order…

There might even be some left by the time the teabox gets back to you. :)

Thanks to the Steepster TTB, I’m sampling this interesting tea today. TeaSpring sells this as a pricey loose-leaf puerh tea. My (other) Ya Bao leaves from Norbu Tea are sold as a moderately priced wild-type white tea. I think the leaf, as picked, is the same for both: the growing tips of a wild-type varietal (or wild arbor) of tea plant which were picked in the early Spring season. The difference is that these Ya Bao leaves from TeaSpring have been fermented in the manner of puerh mao cha. The mao cha are the “makings” of puerh tea … they’re piled up and allowed to age in a controlled amount of humidity. Later, this mao cha may be blended with other mao cha and made into a pressed cake of puerh, to be aged further in cake form.

This Ya Bao puerh is mao cha which has neither been blended with other tea types nor pressed into a cake. It is presented to us by TeaSpring as drinkable now, and I agree. The scent and flavor also differ from the unfermented Ya Bao from Norbu. They are a bit funkier, as you’d imagine, and the leaf has more brownish tones to it. The liquor is still quite light colored, but has earthier flavors, more wood, peat, nut, and pine. I couldn’t identify the vanilla noted by others, but there’s a slight sweetness. The wet leaves smell like sour wet cardboard, which seems to translate, oh-so-fortunately, into a lemony note in the liquid brew.

I followed TeaSpring’s steeping recommendations, right down to the purple clay pot, except my first steep was cooler than boiling. After that, I upped the temp. By the time I got to the 4th steep, at 5 min, I wasn’t getting much except the sourness, and gave up the effort. For flavor, the first steep was my favorite. But for cha qi (that subtle energy of the tea which can be labeled and measured as caffeine, theanine, and a host of other constituents of the leaf), the later brewing delivered a kick that I’ve come to identify with a distinct, hard-to-describe feeling in the throat. Like a young sheng (raw) puerh, these mao cha can be uniquely engaging.

I’m glad I got to try this. It was a good educational experience and likely a healthful drink, but not something I’d seek out again or keep on hand. I’ll send the small (about 2 servings) remainder of this along with the TTB from whence it came. For seekers of new and/or unique experiences (like myself), tea samples, swaps, or a TTB are a great way to go!