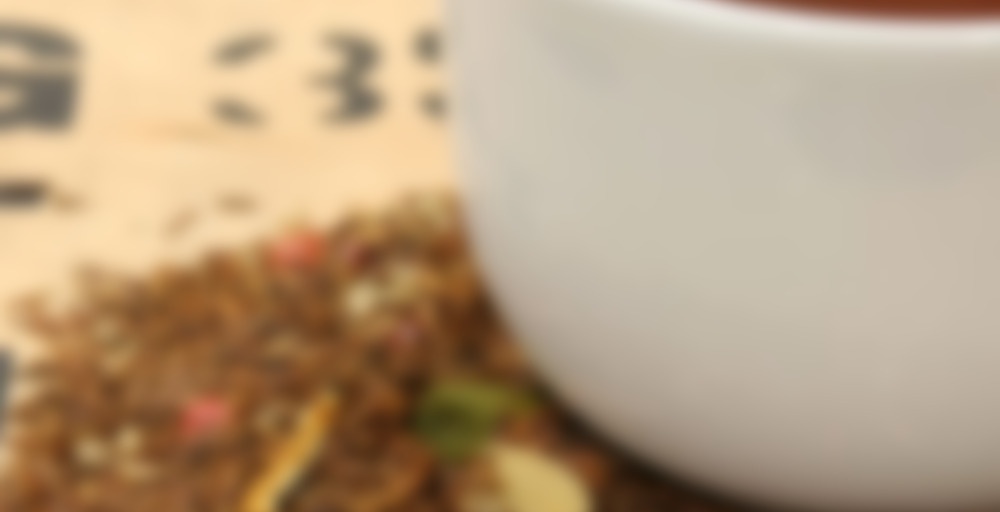 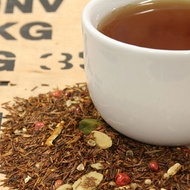 Absolutely delicious. Full-bodied yet very smooth. This blend is sweet and luscious, with just a hint of citrus spiciness.

Darby sent me this in the Secret Turkey Swap :] It smells sooo good. The dominate flavor is the rooibos. The gingerbread and orange are there but it’s pretty light. The spice is very mellow but it works. I like this blend but it’s lacking a bit of flavor. Thanks again!

Holiday Tea-son! I got this in a holiday sampler from TeaSource I believe discounted after the 2016 holiday season, so I think I got it around January or February of 2017? In any event, it’s quite old now and due for a sipdown, so I’ll probably be drinking this as my nightly herbal for the next few nights.

The leaf doesn’t smell light gingerbread to me, but certainly smells like orange — creamsicle specifically, as I get a lot of sweet vanilla from the aroma as well. The steeped tea still has a very creamsicle flavor, but it isn’t overly sweet, since there are some subtle spice notes in the background that linger in the background. Namely I get just a hint of pepper. There are a lot of nuts in this tea — sliced almonds and pistachios — but I’m not really picking up any nutty notes from the tea. It’s sweet, with some subtle woody notes and stronger honey/caramel notes from the rooibos, a rich orange note that tastes quite juicy and rich, a creamy sort of vanilla, and a very subtle peppery hint on the tip of the tongue at the end of the sip.

This is a nice creamsicle rooibos tea; the last rooibos tea I tried with that flavor profile just didn’t quite do it for me. For my next pot, I may make this with vanilla almond milk and go creamy latte style, but this is perfectly fine as is, as well. I may even restock this sometime since I like having a creamsicle tea around, but I’m not in a particular rush. But the name of the tea confuses me… Gingerbread Orange? Nothing about this tea makes me think of gingerbread, at all. It doesn’t have any any of the spices common to gingerbread, and the orange/vanilla flavor combo isn’t something associated with gingerbread either. It’s a bit misleading. If you are looking for a gingerbread-flavored rooibos, this isn’t it!