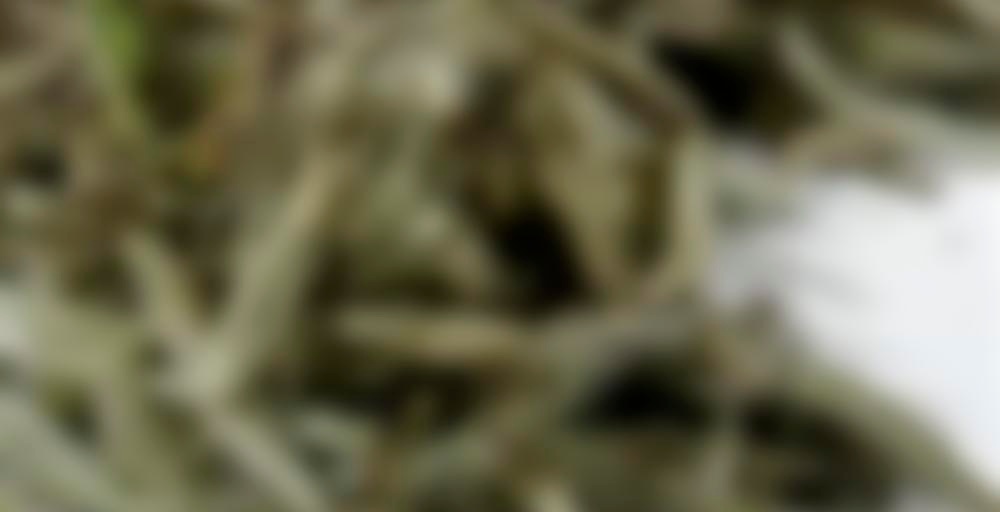 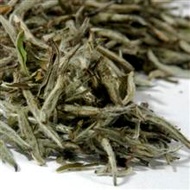 A scrumptious all bud white tea from the world renowned Fujian province in central China – obviously a cut above. The pure clean character and woody tone stands out with a lingering, smooth finish, and makes this tea quite memorable.

A tea that should be savored and enjoyed for all it has to offer.

In Pursuit of Tea 82

I am not even close to being ready for Christmas, two gatherings this week, lots of cooking, and still shopping to do! We were gone for twelve hours yesterday shopping out of town. My back hurts from being hunched over all day making the remaining 62 cards out of 102 that I made for my husband to give at work. I seriously needed to relax tonight! I thought this silver needle tea sent to me so generously by ThePurrfectCup was just the thing, so I asked youngest to brew up a pot for me! I am so glad I did.

Pandora radio is serenading me with Chinese flute, the lights are out, the tree and candles are lit. Now I could fall asleep! But first I plan to enjoy this WHOLE POT of tea!

This is so smooth and soothing. One year ago I could not have appreciated something so light but now I find it a delight. The tea is naturally sweet and there is no bitterness at all, no drying of the tongue. There is a light nutty flavor hiding in there, no grassy taste, and not really buttery. Just a soft, lovely cup (or three) of tea. And I even have some leaves left for another cup or two later this week!

Thank you, C! :). You should be getting some tea from me any day now!

Too vegetal without anything else for me, but a smooth cup of tea. Have it with some cookies or snacks.

Stupidly, I viewed the preparation notes for the wrong tea, so I steeped in what seemed like the sweet spot, but it was for the Bai Mu Dan. Fortunately, it wasn’t that far off from what the only note that gave a temp and time had for the Bai Hao.

White tea continues to be mostly a puzzlement to me. Preparation instructions on the internet are wildly divergent, some sources advocating long steeping times and some advocating multiple short steeps. Some say use hot water, some say use cooler.

I’ve basically given up trying to figure out how to steep it. If I get lucky and it comes out tasty, that’s a win.

Same with the taste. Sometimes I feel as though it’s basically a cousin to black tea. Sometimes I have no idea what it is — it’s a sort of very light, dewy or hay flavored hot water.

But I keep trying to hit on some unifying principle that can help me understand it better. And I keep failing.

Honestly, I’m not sure what to say about this one. I don’t get much flavor out of it at all. Maybe it’s an age thing (but white tea is supposed to age well), but I think it’s more likely a preparation thing. There’s a bit of sweetness but honestly, I’m getting mostly hot water here.

Totally get you on this front. White tea is a mystery. At times, it has been flavourful floral pillows of delight and then, other experiences have been mostly hot water. So yeah.
Still on it though.

I keep hoping that I’ll crack the code some day and white teas will make sense to me.

I am sure that we will both get there one day, or at least have a better idea of which ones work for us and which don’t.

I love this white tea. Very light and crisp, but naturally sweet. This tea is relaxing and reminds me of a forest after a late spring frost. I can only appreciate that comparison having grown up around the woods. I love Samovar’s Osmanthus Silver Needle which gives me similar thoughts, but this white tea is lovely beyond words. Something very sweet, subtle, and even nutty about this one.