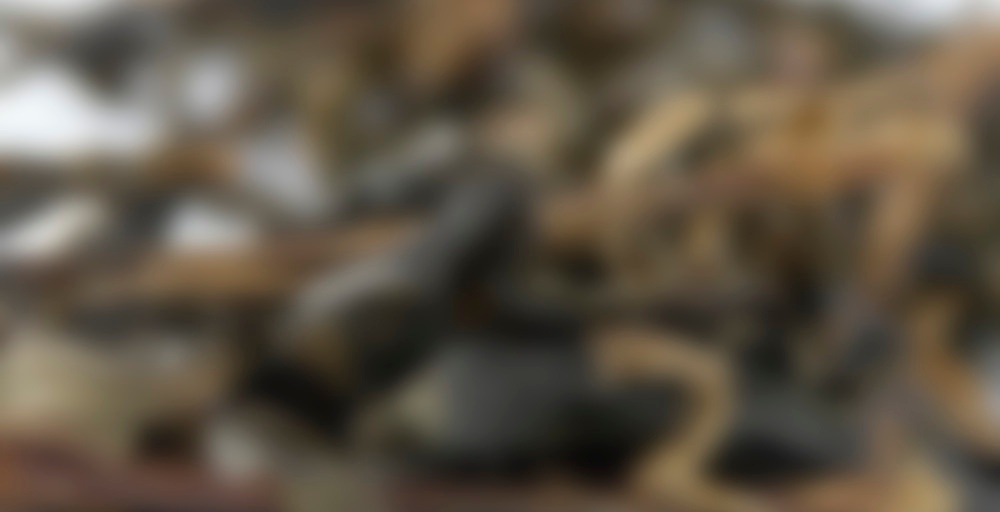 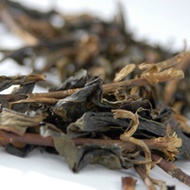 Grown in the Long-Tou Mountains of Taiwan with altitudes up too 1900 meters this semi oxidized oolong has large twigs and leaves and goes through a second oxidiation.

Just opened the package for this tea and it went straight into my teapot! After about 4 minutes steep time it was at a lovely honey color and smelled gorgeous. At first sip I didn’t taste too much. It was very light. After a few more sips though the golden raisin absolutely came out. I first tasted notes of honey, then it reminded me of molasses, which then led to raisins! Still enjoying it as I type this, but I can already tell how lovely this tea is! I might steep it just a little longer next time or add a couple of extra leaves for a slightly stronger taste.

Can’t wait for the next cup!

I think this should be prepared in a yixing pot w/ a dragon sitting in a rocking chair on top.:)

Sounds perfect to me!

Reading glasses and all. :)

And white hair tied up in a bun!

In the tin, this looks very twiggy — big thick twigs, not the little ones like in kukicha. It’s not all twigs — there are definitely some buds in there, but I found the twigs a bit unexpected. Cool looking, though.

The dry leaf has a sort of fruity smell. I’m already getting raisins, even before steeping.

The tea is a light-medium amber color and it’s definitely true that this tea smells and tastes like golden raisins. I didn’t get a ton of flavor out of the first steep, which was surprising since I expected a toasty roasty dark oolong. But this is very mild. There’s an undercurrent of toastiness, but it isn’t the predominant feature of this tea.

The fruit is. And it’s not the typical peachy-pitty flavor of darker oolongs. I love that it tastes like its sellers say it will. Though it headed a bit toward white wine at steep 4.

It’s a bit of a Johnny one note, but it sings that note well.

Also, usually I don’t write about what the wet leaves smell like to me. I know that’s a thing that tea tasters do, but I’m embarrassed because my experience is generally some version of “it smells like wet leaves.”

These buck that trend, though, with a grapey, fruity, sugary smell.

Did an online tea tasting for this tea. View & add your comments at http://walkerteareview.com/?p=2370