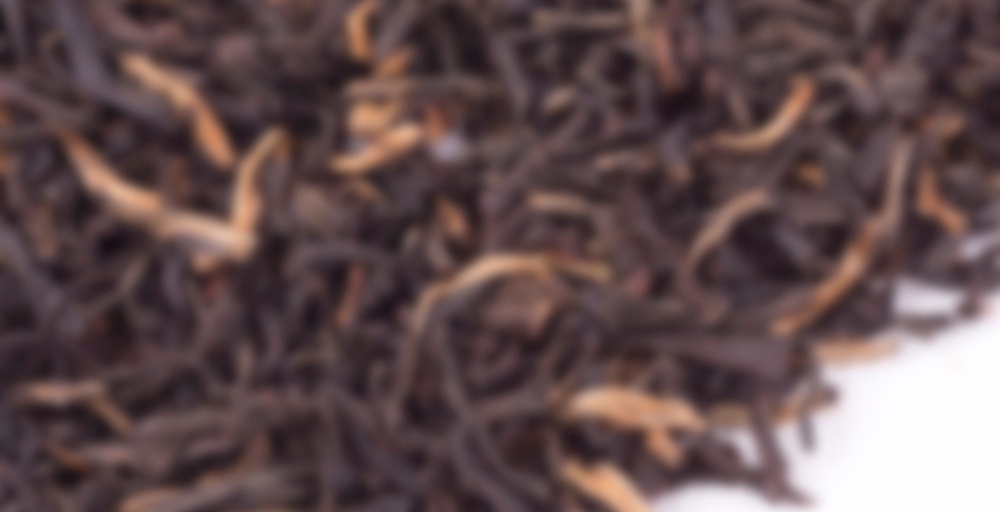 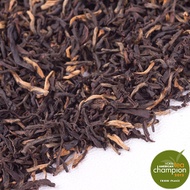 A refreshing full-bodied traditional style Assam for those seeking a full bodied Assam black tea with a strong malt finish.

Long enjoyed as a breakfast tea in the United Kingdom, this Assam stands up well to milk and sugar or on its own.

This one courtesy of my fairy tea sister Rabs! Thank you sis!

I am off from work today, so I took this opportunity to brew a gigantic 16oz mug of a type of tea which I like to take with milk and sugar (I’ve decided bringing milk to work on a regular basis is just too much fuss when there are so many teas that are great sans milk to enjoy).

This is quite the delicious, bready, malty Assam!!! Do I dare say this tea reminds me of Thomas Sampson?! I used 2 teaspoons of tea – I think that if I use 3 and take this baby another minute I will have an excellent tea to go to when I am on the rebound!!!! I am now going to enjoy Thomas to the fullest extent, knowing that when he is gone, I will have this guy waiting in the wings.

You’re so very welcome, my fairy tea sista! I’m grinning like an idiot — I’m so tickled that you love this one :D Hooray! ::happy dance::

And another tea added to my to buy list.

Note to self — do not use the little emoticon for a heart. It will eat your text. D:

I was saying that if this Assam isn’t too stiff for you, the one we talked about before (I think it was Amor) will be a cakewalk! I feel like the Assam Reserve is probably the punchiest Assam in my cabinet, for which I (heart) it. (It also makes me a little bit queasy first thing in the morning if it’s brewed strongly and I haven’t eaten anything, and I’m not a tender-stomached girl by any stretch of the imagination…but my default teacup size is a gigantic 16oz cup, so perhaps that’s why!)

I can’t wait to try Amor too! I’ve been making all these tea gifts for friends for various occasions, and I always include Dawn because it’s so unique! I am getting sooooo low and will need to place a simple leaf order soon.

How would this tea compare to Mountain Malt?

I think that they both have that bready mallty thing going on but Mountain Malt has those delicious unique notes that I can’t put my finger on, and this one is more of a classic. I have to say that in an ideal world I’d have both in my cabinet!

This is the final tea on my “Basic Tea Trilogy” tasting. I almost hyperventilated while smelling each tin of leaves. I kept going back and forth between Keemun and Assam. After recovering from my dizzy spell I decided that Keemun almost had a cocoa smell. Assam was more planting soil-esque.

When I was pouring this the smell was like “Oh hai! Remeberz me?” I know that I’ve had this tea as a base for at least one other tea – it was so recognizable. The one I know for sure is Golden Moon’s English Breakfast where it’s a mix of all three of my trio plus Darjeeling.

So in my trio we’ve got a fairy, a gnome, and I’ll call this a troll. Not a typical troll, but more like the one in Neil Gaiman’s Troll Bridge. It seems really earthy and with a bite. Only a smidgen of sweetness. This is the most distinct “mouth feel” that I’ve had – I can’t get the feeling of having a fine layer of earth coating the inside of my mouth. It’s nicer than what it sounds like. I know that I’ll be able to recognize this one from now on.

I’m on my second steep – it’s like a different tea. The bite is almost completely gone. I thought that this tea had given up too soon. But there’s still the pleasant taste of soil, but more smooth and sweet. NE

Overall I’m really glad that I bought these three teas to try and that I did them all in a row. However, doing all of them together one time was enough. I shall enjoy them each from now on occassionally, but I don’t think that I’ll reorder any of them once the tins are empty. Oy – I feel utterly black-tead-out for the day.

I don’t rush to Assams because some grab onto the back of my throat in an unpleasant way. But sometimes I wonder why I don’t give them more of a chance. Usually, after drinking one like this.

It has a lovely sugary sweetness, a bit of breadlines and a cocoa note. It doesn’t grab my throat, at least not enough to bother me.

I would mourn it’s gone-ness, but I have plenty of others.

Yesterday around 4 I was at work and my right shoulder started hurting for no apparent reason. It’s better today, but it was a rough night, involving lots of Advil and a heating pad. I briefly worried about heart attack, but I don’t think it’s that as I have no other symptoms.
It put a crimp in my plans for today, though, because now all I can think about is when I might be able to take a nap.

Nutty nutty nutty. The smell and taste are both very nutty to me, though perhaps that is how I read the malt – either nutty or bake-y? There’s a little astringency on the back end that is close to too much but it is doable, just reminding me a tad of those funny tasting nuts that sometimes pop up when eating a bag of pecans. I added a little sugar and half & half a bit into my cup to see how it goes – it definitely stands up well to the additives and that nutty bitterness is smoothed out which is nice. This is a nice cup, though it doesn’t advance much over ‘typical Assam’ for me.

This tea is brisk, malty, and biscuity. It does remind me a little of Mountain Malt. The health food store here carries Teas etc which is a plus. I asked them to carry more of their black teas. I loved their Golden Monkey and figured I would like this one. ( I also read JacquelineM’s review on this tea as we have alike tastes.) The tea is black with golden tips and smells very earthy. This is one of the best assam teas I have drank with one exception.

I bought this tea when it was featured as the Select. The first time I tried it, it was not at all what I was wanting, and I didn’t finish the cup — not the tea’s fault, mind you, but mine for having chosen something I was really, really not in the mood for. Today finds me sitting down to write and unable to get my brain to turn over like the engine I need it to be, and what I need is an elegant kick in the backside.

This is working for me today. It brews to a very pretty reddish-orange hue and it smells like sweet potato. The flavor is pure assam — malty black tea with a touch of sweet potato sweetness that reminds me post-sip of molasses, but very faint, meaning this would be a perfect pairing with some sugar in the raw and a touch of cream, though I’ll be drinking it with neither today — it’s smooth enough to get by without additives, despite the mild astringency. It has more astringency than I usually prefer, but not so much as I seem to remember it having had that first time…just more than I get from my current black tea staple, Adagio’s Golden Spring (re: none).

I feel as though I should be waiting for the cup to cool slightly before I post this tasting note, but I’m really enjoying the almost-too-hot burn in the belly. Maybe it’ll be enough to scorch away this head full of cottonballs I seem to be cursed with today.

I hope the cottonballs dispersed. They are obnoxious when they decide to show up.

This is my afternoon tea today. I have to say each time I try this it seems to taste better to me. Today it tasted better than I remember and I have bumped up the rating even higher.

The appearance of the dry leaf of this tea is nice with black and gold tips mixed in. After steeping 2 minutes, the flavor is smooth with no noticeable astringency. It is sweet and malty with fruit notes, offering a kind of caramel flavor about it. Yes I am seeing why this won an award. It is yummy! It’s gray outside but this tea is brightening things up inside.

This is bold and smooth all at the same time. It’s very ‘clean’ for a bold black tea. It’s a Goodie, indeed! I can see why it won an award!

Hi. How would you rate this tea for maltiness? I love a good malty assam. However some have a rather astringent/bitter quality that overpowers. My favorite assam was a special reserve assam I got from TeaSource in MN. They can’t seem to get it anymore. So I’m intrigued this place has one of similar name and looks similar and sounds similar. It was nice and malty with little astringency when steeped less than 3 minutes.

I tend to oversteep and/or over heap my loose leaf amount for the infusion. I like teas strong, usually. This one was about semi to ,medium for malty…not the maltiest I have had…but still nice. I didn’t find it bitter even if oversteeped…it’s forgiving, at least for me it was/is.

Thanks! Guess I’m now tempted to ask what is the maltiest assam you’ve found?

You had to ask…lol…I can’t remember now…figures…but it was maltier than this one! LOL

4-Min.: The tea was very smooth and full-bodied w/o any bitterness or astringency. The rich malty character and caramel-like sweetness are easily appreciated.

Impression: This is a very smooth, malty, full-bodied Assam with a caramel-like sweetness. An excellent breakfast tea!

Thanks to Beth Johnston at Teas Etc. for providing this free sample.

I like Teas Etc. rating system - zero to coffee. This one is a little more than halfway up their scale. Nice, dark and strong, but I made my first test cup at work - minus anything but tap water, in probably not the most clean/pristine mug in the world, minus my favorite “One Perfect Cup” measuring spoon, and in the microwave - so I don’t have anything very exact to say about it. Taking the rest of the sample home to a friendlier environment. I think I’ll like it.