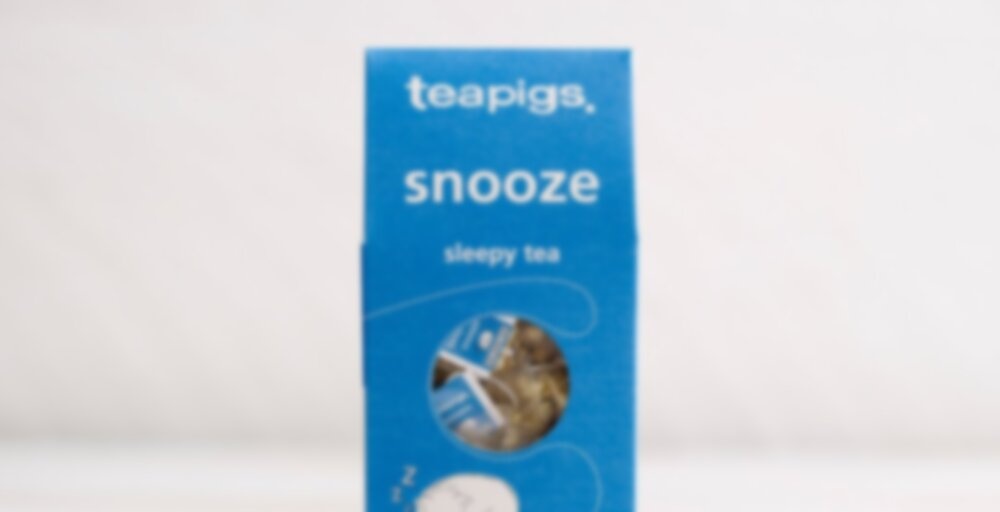 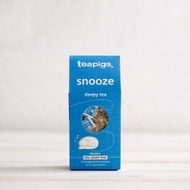 The ultimate sleepy tea – chamomile, sweet apple and knock you out lavender.

The Art of Tea

I picked this up at a local farm last summer but already had too many other chamomile blends open. I decided to try it out tonight after a long dog walk.

I am in love with this blend. It’s smooth and soothing and a new favorite.

I’ve not had any other Teapig products and I’m impressed with the environmentally friendly packaging. I was looking over their products and might be thinking about the advent calendar.

Mmmmm… flower juice. I have no idea why this is so good. I think I was right about staying away from pure chamomile and sticking to blends; it plays a supporting role here and is really pleasant. Some folks have reported not tasting lavender at all, while some have reported applesauce, chamomile, and lavender. I’m led to believe that either they’re still sorting out their formula or the batches are unbalanced because this? This is (lavender) flower juice. I admit to sweetening it slightly, and it’s lurvely.

It smells really nice, but you can barely taste anything! I had such high hopes for this tea but you need double the amount you should to get any of the lavender.

I loved the lavender flavor in this one. Most of the blend is apple, and I’m not sure why because it contributed nothing. Otherwise it was tasty lavender softened by a nice chamomile. I would definitely drink this one again. It’s one of the better lavender blends I’ve had lately.

Apple, lavender, chamomile…all on my shelves…I’m thinking this would be an easy homebrew in the proportions of one’s preference!

You’re so right! When my mountain of tea is smaller, I definitely want to make my own lavender blends because I love lavender everything.

I hate the taste of chamomile, so for me, the apple actually “mellowed”/“drowned out” a bit of the soapy/blechy flavor I get from chamomile, and I actually really liked this tea! (One of the few teas with chamomile I can say that about). My main issue is one you’ve pointed out before… Teapigs is really expensive for teabags and doesn’t offer more affordable loose leaf options either. I’ve wanted more of this one, but the price for a measly 15 teabag pack wasn’t worth it… maybe I should take gmathis’ route and try self blending it, and then I could lower the amount of chamomile even more.

I can understand that! It’s a bummer because I would totally repurchase a few Teapigs flavors, but not at their prices. I tried to grow my own lavender, but it immediately died, so my dreams of making my own tea blends are temporarily halted ):

I get plain lavender, as dried buds from the farmer’s market, usually quite affordable and then I’m supporting local farmers.

What I smell: lavender

What I taste: applesauce, lavender, chamomile

Notes: I love the simplicity of this chamomile blend! Lots of lavender (yay!) and a mellow sweetness from the dried apple bits.

This also came in a Sips By box.
I think there are only three ingredients: apple, chamomile, and lavender.
Steeps an off-puttingly pale color, almost like no color at all.
Smells of lavender and chamomile.
Flavor is very bland and sort of vaguely sweet.
I left the tea sachet in for well over 10 minutes.
Color, scent, and flavor did not improve.
Overall, a very underwhelming and boring cuppa.
Sleepytime Extra is a better product.

I think I drank too much caffeinated tea too late into the evening tonight, because it’s 3 a.m. and I just can’t get my sleepy on… I was tempted to pull out Bluebird’s Cat’s Pyjamas, but I ordered some lemon-infused honey from Etsy to try to help me get over the fact it tastes of nothing but super-strong chamomile, a flavor I don’t particularly enjoy, and I’m still waiting on that to arrive. So I decided to dig into my stash for some other sleepytime teas.

I got some Teapigs samplers not long ago, so I decided to try this one out. Snooze is a blend of apple pieces, chamomile, and lavender, and I am quite a fan of apple and lavender, and hoping those things will balance out the chamomile flavor, though it really all comes down to how the tea is blended. The first thing I notice, looking at the sachet, is that the chamomile is not whole flowers, but shredded flower, while there is quite a bit of chunky bits of apple, and there appears to be a pretty decent lavender-to-chamomile ratio. Things are looking decidedly up for me already!

While I tend to not get that nasty “papery” teabag taste from sachets, out of principal I cut the sachet open and let the ingredients infuse in my gravity well infuser (not that herbals do much expansion, but I liked the idea of all that apple fully floating around in the water!) Surprisingly, for so much apple in the tea, I didn’t get a very pronounced apple flavor… but what I did get, was a much sweeter flavor, with a much more subdued and less overwhelming chamomile taste, which is exactly what I was hoping for! I don’t mind when chamomile is in a blend, I just don’t really like the taste of it when it’s the dominant flavor and stands out in the foreground; I really prefer it as a background note. I can still make out that it is there, but it doesn’t have that strong (and to me, often oddly soapy) floral presense, and instead a sweet, apple note comes through in the finish. There is also a strong lavender flavor in this tea which helps (for me!) a lot, as I’m a huge fan of lavender; it hits in the aroma immediately, and that somewhat floral/minty flavor is strong in the sip and follows through right to the finish. That, for me, is probably my favorite part, so if you don’t like lavender, I can assure you aren’t going to like this one.

I really like this one! I wouldn’t say it knocks me out like Cat’s Pyjamas does (must be the valerian root!) but this is certainly soothing and tastes wonderful.

I had exactly the same experience. Was wary of chamomile but found the lavender much more dominant, experienced no apple taste (fine by me!) and loved the lavender presence. Was immediately calmed by this absolutely delicious tea.