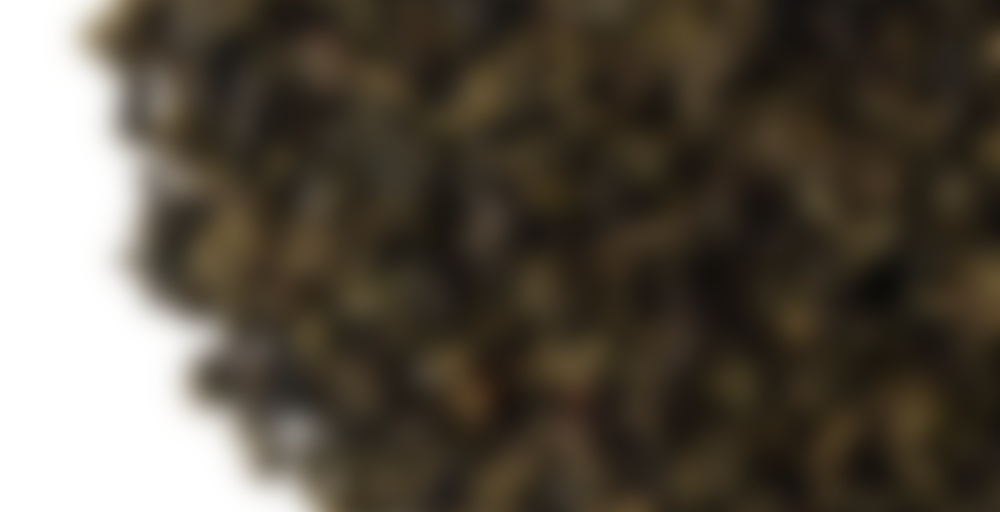 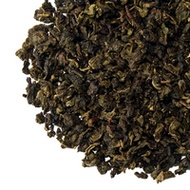 This Oolong is revered for its unique flavours, which are best described as premium Oolong with sweet milk and light orchid notes. Milk Oolong is harvested at a particular time of year when the temperature shifts, which is a rare occurrence that adds to the popularity of this Oolong. This tea is able to have multiple short steepings and still maintain its sweet golden liquor and creamy aroma.

When Teaopia was having their closing out sale during the Teavanna transfer, they had this on for 75%+ off, so I bought 1000g. Yes, you read that right, I bought an entire kilogram of milk oolong! Only cost me $40 and some change after taxes too!

I LOVE milk oolong, it’s the first thing I reach for when I need a cup of hot comfort. DAVIDs Quangzhou got me hooked, and I’m hoping to expand into others soon.

Now, I only have the Quangzhou to compare to, so take this with a grain of salt.

This seems like a greener, crisper oolong than the Quangzhou. At first I wasn’t sure if I liked it, as it gave the tea a more buttermilky taste as opposed to the sweet creaminess I grew to love in the quangzhou. That’s when I learned about rinsing the leaves before steeping, and that made a whole world of difference! The sourness was gone and I was left with a nice sweet cup of milk oolong goodness, though not quite as strongly flavoured as the quangzhou.

It almost reminds me of a milky tie guan yin, which I actually quite like, oddly enough.

What does Java think of it? Well, he’s a funny little brat. The first time I offered him an oolong, he flipped the bucket over! Offered him this and he sniffed it for a minute, and then looked at me. I added a bit of cold water to it, thinking it was just too hot for him, and the little stink stuck his nose in and blew bubbles! He did end up finishing it off, but for whatever reason THIS was the one he had to play with first. Silly pony <3

This tea is very perplexing… It’s a weight-loss tea… that tastes like BUTTER!! Haha.
Seriously though, this is my favourite “plain” oolong. (Fine Champaigne is farrr too bland for me.)
This makes a perfectly smooth cup. I only recommend re-steeping it once, though.

You are right it does taste like butter. Milk is the wrong word for it because if it actually tasted like milk I would know since I hate the taste of milk.

This is one yummy tea. I really liked Davids Tea brand, but this one is cheaper, so I am trying it out. It has less vegetal taste but has less of a mouthfeel than Davids.
It is still creamy and buttery.
2nd steep: 95degrees, 4 min, aroma is amazing, tastes less vegetal which I like, but the creaminess has also diminished a little. Still a very lovely cup, perhaps even better than the first.

My mother in law bought my husband a tea sampler from Teaopia for his birthday. That sampler introduced me to Oolong tea (it came with Plum Oolong) and I fell in love.

When I went to a local Teaopia to restock and pick up a tin for my mother in law who also loved it, I found they were out of the Plum so I decided to try the milk oolong.

Really, my plan was to give my mother in law the entire 100g tin for her birthday and suck it up on the loss of the Plum Oolong.

Then I opened the tin and took a sniff and I couldn’t help myself. I made a cup. After that cup, I decided that I just couldn’t give my mother in law an open (and slightly used) tin of tea. That would just be wrong.

Of all the teas in my home, this is one of the select that also has a place on my desk at the office and I have a cup at least once a day. I’ve also realized I’ve got a bit of a schedule – right after lunch every day I have the Milk Oolong. I try to get at least one re-steep from it before I leave for the day.

It’s got a great, light creamy flavour. Definitely something I’ll keep on my shelves – at least until Teaopia finishes the change to Teavana.

I tried this in the store and it tasted like sweet milk tea. The sweet milk was light but the aroma smells great. I bought this yesterday and I tried three steeps all were delicious. It’s very light but you get the milk aroma and taste. It reminds me of Japanese milk candies. I should stock up, as they are closing.

Definitely of my absolute favorite teas. Creamy, lighter than the DavidsTea one, but resteeps far worse than the Davids one. I like them both equally.