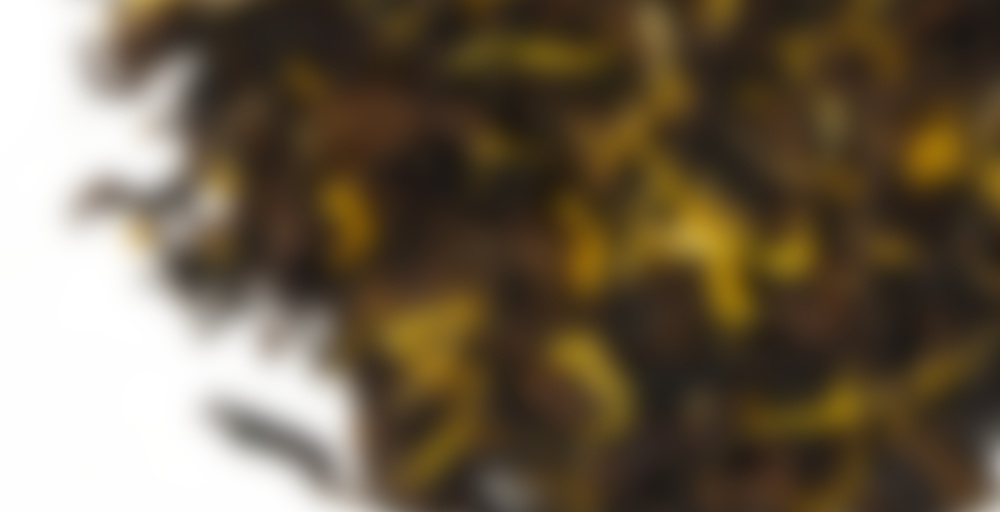 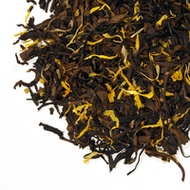 A heavenly combination of Oolong Tea, hazelnut brittle, vanilla bits, and marigold flower petals. This dessert like tea is perfect for serving alongside dessert and is sure to please any palate.

I smell more honey and vanilla than I taste it, and that’s saying a lot because I actually used a spoonful of local raw honey! I have a very mild but slightly sweet brew. I don’t know if it is still a sour tongue/taste bud issue or not. The tea is not unpleasant, and the smell of it is utterly fantastic. I’m going to hold off on rating til a later date though, as I’m unsure whether I’d be giving it a fair rating at this time.

Yuck—this was not my cup of tea. I received this as a sample at Teaopia’s recent holiday preview event. As soon as I smelled it steeping, I knew I wasn’t going to like it. In fact, the smell was so strong that my coworkers commented on it. It has an unpleasant and overpowering honey-like smell.

I couldn’t taste any hazelnut flavour—just a honey-like flavour with some sweetness that wasn’t appealing. I was actually tempted to dump the tea and not drink it. I’ll definitely be giving away my second sample packet!

I see the only two ratings on this tea both being 8. And Steepster thinks that averages out to 50!

I bought this tea today because it was part of the 75% off sale. I’d read the reviews here previously, and like another reviewer I was kind of surprised that people were shocked the tea tasted and smelled like honey.

Well, it absolutely smells like honey. I’m pretty sure it out honeys my jar of raw honey at home (that I’m currently unable to find, I blame the dog). It borders on being the kind of scent that hurts the nose a bit.

I waited somewhat impatiently while it brewed because I do love me some honey.

In the end, I’m not disappointed in this tea. It’s ok. In flavor, the honey is there, but not all that strong. I don’t taste vanilla at all which is what brings it down a bit for me. It’s probably going to join the other bags cluttering my desk at work, but I don’t think I’d buy it again (if I had the opportunity, which I probably won’t)

Absolutely horrendous. When this tea came in, I made sure I’d be the first one to try it out. Man, I was disappointed. I added honey to it as well, and the taste was like drinking a hot of the same stuff I added to the tea. The tea’s smell, unfortunately also put me off.