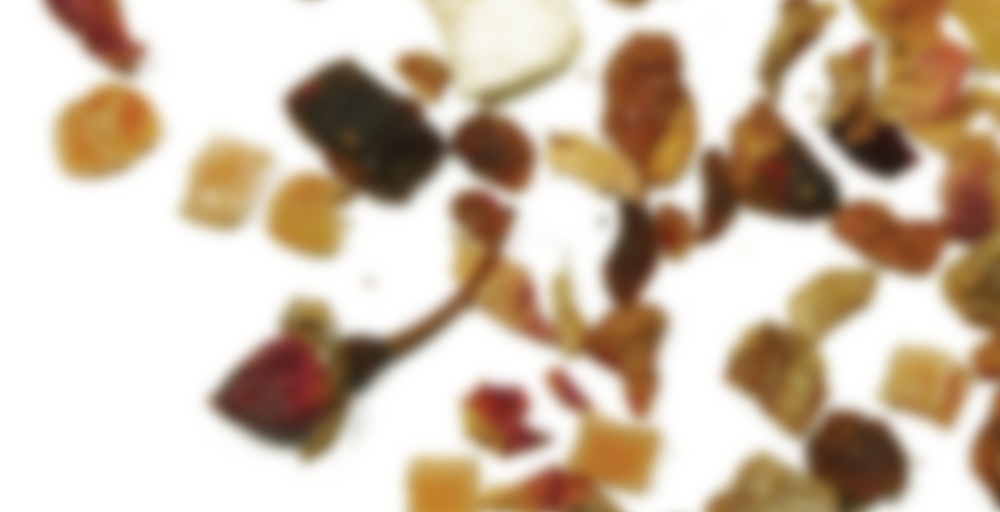 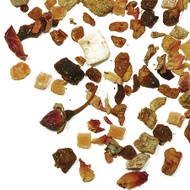 Time for another cold-steeping experiment with the last two new teas I picked up from Teaopia. I bought this one purely based on reviews – I haven’t had the best experiences with ginger in tea, so was wary, but I think it cost under $4 for 50g (or around there), so I figured it was worth a shot! Besides, I needed to hit $50 for free shipping :)

Surprisingly, this cold-brew actually has an aroma (most don’t, probably because they’re cold and the molecules aren’t moving around as much…?). Light, fresh ginger with a touch of fruity sweetness. I’m thrilled to see that the liquor is a pale yellowish colour, so it looks like there’s no hibiscus, which may be the factor that ruined other teas (Rishi’s Tangerine Ginger, DavidsTea’s Strawberry Ginger) for me.

Oh man. We have a winner!! This is fabulous! The perfect amount of ginger mixed with with a nondescript fruitness, and lots of sweetness. No bitterness. No strange flavours. This could actually stand to be diluted – I had used something like 6g in one cup, which is way overkill; could probably dilute it with at least another half cup of water and still have it taste quite good (I’m too lazy to do that now though, and it’s quite delicious as it is).

Now, I don’t know whether this is because I have been craving green oolong like mad all day or what, but I would love to pair this with an oolong to have that lingering flavour in my mouth combined with the delicious gingery fruitiness. I don’t have enough to try that tonight (lies, I just want to drink it all now!), but I should at some point. There’s a lingering almost creamy gingery flavour with this one, perhaps that’s also contributing to this idea.

I am so glad I tried this!!! Thank you Indigobloom and EarthenChild for your accurate and convincing reviews!

Ohh man I need to go and buy some up while the sale is still on!! I hope they have some left…

I want to get more :/ Then I organized my tea stash tonight and felt a bit sick because I have so much it’s absurd. But this one’s so gooooood. Argh, dilemma! (Also it’s a fair drive to the nearest Teaopia, which is on the Guelph side of Cambridge, but… who knows. And then I’d probably end up buying the s’mores tea too… and maybe more infusers, because something like 8 isn’t enough yet… and….. argh!!)

actually I just bought the smores tea, I couldn’t bear the idea of it going outta stock.so now I have WAY too much of that. I’ll give you some. I got an infuser to, because they were $5!!
Next time we meet up, I’ll bring you some s’mores :P

And I’d love it if I could try some of your s’mores tea! I don’t need a whole box of it, just enough for a couple cups (but of course they don’t sell it that way). I’m putting it on the list of ‘teas to request from Indigobloom’ :D

be careful when cleaning it! I nicked myself this morning, not realizing how sharp the inner edge is.
Oh man we need to do a trade soon!!

Trade & tea shop discovery. There’s a possibility I’ll be heading down to Belleville around Canada Day if you might be around (but this depends on whether or not my toe gets better and I can run, because I would be heading down to run a 5K with a friend).

cool, I would SO be in for that. Let me know!

Will do :) I likely won’t know for sure until whatever the deadline for signing up for the race is, but that will hopefully be enough notice!

no worries, if it works out… great! if not, we will figure out another time :)
I hope your toe gets better soon!!

I wish I’d gotten more of this. Not much left in my packet, maybe two more cups. Something about the ginger and fruit just makes me swoon. Today I added a touch of honey and it really brought out some zing. Wow.

It was good. I’m sure gonna miss the Ginger Charger and Vital Resistance wellness teas. :(

seriously!! This is one of the few teas I’d love to have a pound of
Never tried Ginger Charger but it sounds yummy

It was amazing for upset tummies.

This, is what I call the perfect balance between flavor, and effect. Ginger is great for your stomach, helping promote digestion. Be sure to drink this before or after a really heavy meal, or if you feel queasy. That’s how I first really came around to this one. It’s wonderful in every sense of the word, especially with no hibiscus to make the blend taste tart. Don’t sweeten, you’ll ruin the nice taste you get. Steep to your discretion, my suggestion is 30 minutes to an hour.