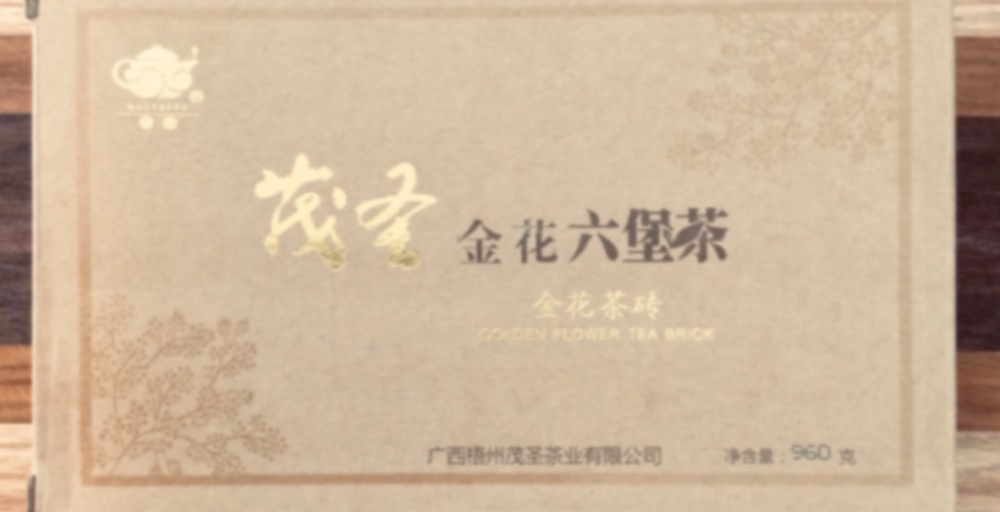 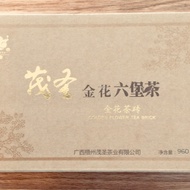 I bought this in mid-2018 and while the harvest year was not provided by Tealyra, the manufacturers box was dated as 2016, so I’m assuming that is when the tea was made. The logo and name of Maosheng Tea Co. is also printed on the box.

While Tealyra classified and sold this in their pu’erh tea section, it isn’t clear to me that it is properly called pu’erh. Certainly it has been subjected to post-fermentation, as the yellow spores are visible once I pried open the huge brick (2.1 lbs!). I’ve posted a photo of the 4g portion that I steeped today. No appreciable change in the tea aroma or flavor in the past 3 years. I gong fu’ed the 4g in 6oz boiling tap water for about 8 steepings, after a brief rinse in boiling water. No change in aroma or flavor with successive steepings, either, except gradual weakening of the liquor to the point on cup #8 that it was no longer very palatable.

The tea does NOT taste like any other ripe pu’erh I’ve sipped, and it is devoid of any compost or fishy notes. Further, I cannot discern any characteristic Assam flavors, or even a “tea” flavor strong enough to reveal what leaves were used. However, this tea DOES have a very pungent and distinctive scent and taste, which might be a result of the golden flower fungus itself. Sort of a non-floral powdery impression, reminiscent of… something. Others have mentioned dry Chinese red dates, but since I’ve never tasted those, I can’t say. I didn’t like it when first I tried this tea, but now it seems more interesting and inoffensive. I must find a way to describe the aroma and flavor(s). The spent leaves were large pieces (2-3 cm) and dark brown. I’ll keep drinking this (there’s so darn much of it) and post more notes if I have any epiphanies or revelations. I won’t rate it because heck, I can’t even describe it adequately. Recommended for those who dabble or feel adventurous.

Tealyra has removed it from their site, so I have no official description to post that could lend clues to tasting or alternative sources. It only set me back $55 for the 960g brick, so no buyer’s remorse!