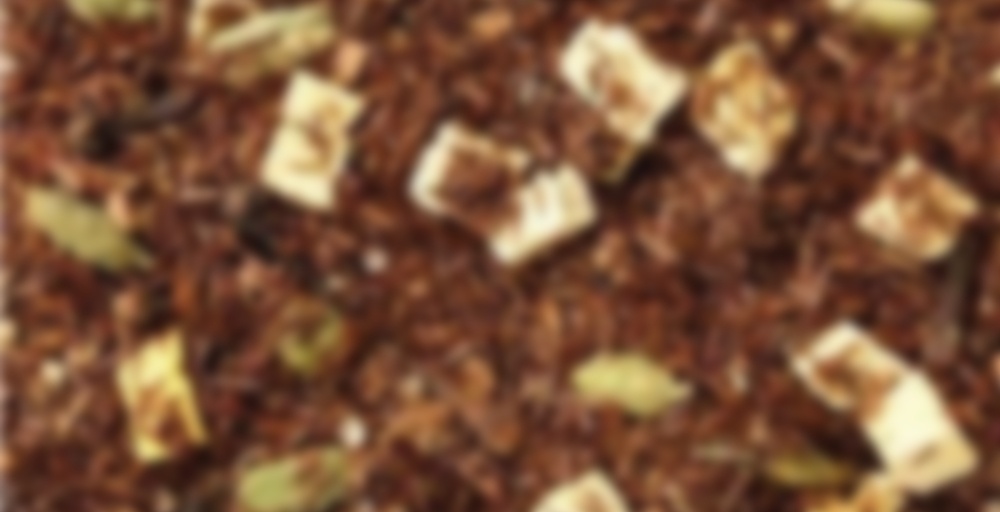 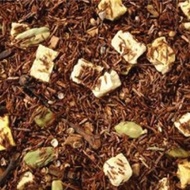 A delicious Tealux exclusive Rooibos blended tea that is just perfect for the fall! Putting the drinker in mind of pumpkin pie, home cooking, thanksgiving and Halloween, our Pumpkin Spice Rooibos is all treat and no trick!

Pumpkin Spice Rooibos is a delicious blend of real whole pumpkin pieces, Rooibos tea from South Africa, and a range of delicious spices and flavors. Whole cardamom pods, cinnamon sticks and coriander provide the depth and complexity of the blend, all intermingling perfectly with the inimitable robust red Rooibos taste.

The perfect warming brew for those chilly morning starts to really begin your day in the right way! Pumpkin Rooibos Spice is best served hot and steeped for a few minutes to unlock all of the flavors and aromas. Enjoy!

sipdown! And since i know there isn’t likely to be another cup of tea this evening, i can say that i managed to end this weekend at 193! Even if i count the 3 verdant blends that won’t show up at my place for another two weeks, i’m still under 200 so ha! go me! roughly 39 days left until black friday (i lose a week with vacation) that’s 43 teas….so 1 a day! I can totally do that…especially since i still have some samples from dinosara to work through and a few left from terri. It’s all coming together now folks! oh yeah!

This is a pretty tasty tea. After letting it steep for 8 mins or so, i get more of the cantaloupe taste that others have mentioned…only it’s spicey cantaloupe…and delicious. and that..makes this a good tea!

Go you! I am out of town so no sipdowns for me this week… I’ll have to get cracking tomorrow!

Haha not tomorrow, next week :P

….so what you’re saying is,there’s hope for me catching up to you again….someday lol

Yeah I’ll be stalled at 142 until next Monday! Funny that we both have approximately the same amount of teas to go to get to our Black Friday goals (42/43)

I need to get rolling on sipdowns!!! ughghghgh!
At least I still haven’t bought any new teas this month, but when we had our sipdown competition I pretty much drank everything that was within reach of being polished off. On the other hand, I think most of my reserve TOMC teas are small quantities. Make I should work on finishing them off.

Another one from Tealux! Opening the bag, it smelled like cantaloupe for some reason. The taste, I swear, is just like Butiki’s Cantaloupe & Cream. I’d swear it contaminated this but Tealux’s packaging is really good.. and the Cantaloupe was nowhere near this one. In a blind taste test, I would guess the Butiki. Tealux actually makes an effort to put pumpkin in their tea, so I appreciate that (the best pumpkin is Della Terra’s Grandma’s Pumpkin Pie… they put pie filling in). I guess there is a hint of squashy vegetableness. This has spices in it too. The idea of a spicy pumpkin rooibos sounds delicious… this one just tastes like cantaloupe.

Thank you Dexter3657 for this tea. I kept it safe until October when I begin to crave pumpkin teas.

This blend smells spicy, sweet and light with pumpkin/squash that smells oddly fruity. My husband said apple and I think he hit the nail on the head, like an apple and cinnamon tea with a difference. Not the pumpkin spice tea that I was longing for…

Serving this with a drop of milk and sugar.

Once steeped the tea smells much more like pumpkin than it’s raw form but it’s still not perfect…it’s one of those teas that has a flaw but I just cannot put my finger on what it is. Smell wise so far anyway.

Flavour is mild and slightly spicy with a touch of citrus cardamom and what I would describe as squash but not pumpkin. It’s an unusual flavour but it’s not horrible, just not what is expected. It really reminds me of another tea but I don’t know which one or whom by. I almost want to say watermelon or cantaloupe melon but not nearly as nice as those. As soon as I said melon to my husband he said that is exactly what it tastes like, some sort of melon. We have been trying to work it out.

As I said it’s not a horrible tea but nor is it pumpkin. Will have to try this again in a few days and see if my view changes. No rating for now.

I actually really like this, but I agree with you. I don’t think it tastes like pumpkin, I think it’s more cantaloupe. I don’t like it when teas don’t taste like their names, but for some reason I like this so much that’s been able to forgive them…. It reminds me of a pumpkin tea from Teaopia (or maybe they get it from the same source and what you are thinking of does too).

I love this tea. This is my favorite CANTALOUPE tea. It is amazing, why do they have to call it pumpkin? There is nothing about pumpkin about it. It’s creamy cantaloupe spice. Awesome!!!

Lol I was going to try this one tonight so maybe tomorrow :)

Hmmmm… I was hiping this would be better. But then again rooibos is hard when it comes to my taste. I love very few rooibos. This was deffinitely melony and cinnamon, but it had that rooibos taste really bad! Strong! Awh man, thank you linnaete for sharing this with me!

This is what I LOVE about this site, I LOVE this tea, I don’t think it tastes of rooibos at all. So interesting how people experience the same teas so differently.

I honestly didn’t like this one after my first few sips, but it’s growing on me as it cools down a bit. It’s funny, I was trying to think how to describe the taste when I read the 2 previous reviews. I had an ahah moment when I read Tea Sipper’s comment about it tasting like Butiki’s cantaloupe tea. It does, which is really weird, as this is a rooibos and that one’s a white. There is a bit of spiciness at the end of the sip that’s not in the cantaloupe tea, though.

I can’t say that I’m really disappointed this tea doesn’t have a strong pumpkin flavour. I don’t actually like pumpkin that much, so spicy cantaloupe works for me.

Spicy cantaloupe?! Hmm. A friend picked this one up; I may have to snag a sample just for curiosity.

I love this tea! It’s a nice way to enjoy the pumpkin spice taste without the caffeine that a latte has. It’s kind of naturally sweet so I’d be careful when adding sugar.

Thanks to Raritea for a sample of this one from quite a while back :) I’m trying to get a few sipdowns out of the way today… just to make myself feel better. Haha. I so shouldn’t have placed those two joint orders…

Anyhow, it’s not bad. Does kind of taste pumpkiny, and spiced, but it’s not quite the way I’d like a pumpkin spice rooibos to taste. Maybe a bit light on both? I’m not sure. On the plus side, the rooibos is just fine here – no weird aftertaste or anything, so it’s a perfectly enjoyable cup, just not quite what one would hope from a tea with such a name. The spicing in Della Terra and Butiki’s pumpkin teas is definitely superior.