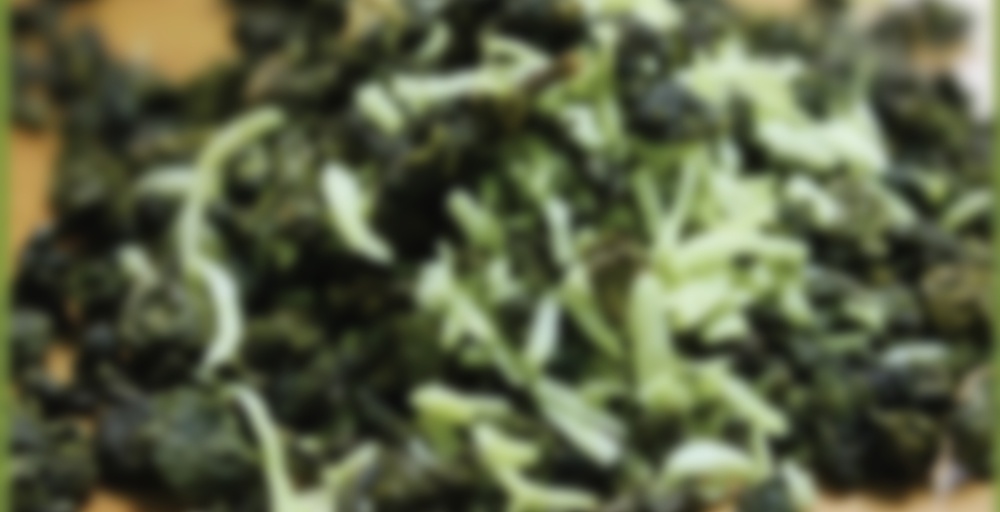 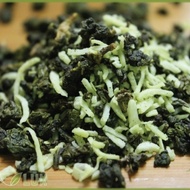 One cannot forget this incomparable tea. Our Taiwanese Milky Oolong has a smooth yet fruity and creamy taste. It is blended with roasted coconut to create a delicate and calming experience. If you love sweet coconut, this is your tea! Discover this guiltless dessert for the holidays. Simply extraordinary.

So. I picked up a sample of this one purely because of the picture, which showed what looked like a tieguanyin mixed with coconut. A departure from coconut pouchong!! So, not the standard coconut oolong (see previous tasting note on Coconut Oolong by Tsaa).

I can’t even describe how delicious the aroma out of the bag was. It smelled like a liquid White Rabbit candy. All milky and sweet and mmmmmmmm. I just had to open the bag and sniff it again to remind myself (yeah, now I’m craving sweets even more……)

Steeped up, it smells much like a milk oolong. And the flavour is definitely like a flavoured milk oolong. I’m really not getting any coconut, which is unfortunate, and I’m detecting a sour note from the artificial flavouring, but this tea is still pretty enjoyable, and I can taste the delicious base tea beneath the milkiness.

I do wish that this tea lived up to the amazing aroma I got from the bag, but I guess it was not meant to be :( I can live with the lack of coconuttiness, but would really prefer not to have that flavouring note lingering around. Still, a pretty decent tea. I might have to try throwing a bit of coconut oolong in my infuser next time. Or maybe infusing with coconut water? And I wonder what a bit of sweetening would do here… hmmmmmm……..

ETA: Cold, the next morning, I’m liking this a bit more. Artificial flavouring taste is lessened, and it still tastes like milky sweet candies. Not sad that I have a little pouch of this :)

ETA again: Re-steeped this with some of the leaves from Tsaa’s Coconut Oolong I had yesterday. Not bad! I’m picking out a bit of bitterness, which is either an oversteep (likely) or flavouring (possible), and I think there’s a bit of coconutty flavour that wasn’t there before. Hard to tell, though. I wonder if that’s the problem with the milky oolong in the first place – that the coconut is simply being drowned out by the strength of the milky flavouring. Either way, tasty enough. Might try a third infusion, but if so, only for 2 min. I don’t like this bitterness.

I got this in my box from Amanda and was excited to try it since the only other coconut ooloongs I’ve tried have been quite different—Bao Zhongs with coconut flavoring, while this is a milk oolong with natural coconut bits. I cold brewed this because cold coconut = delicious! However, it wasn’t exactly what I expected.

There’s no milk… or coconut. It tastes like a really, really nice green oolong with buttery, vegetal, and floral qualities. There’s a lot of depth and it’s really yummy, especially cold! But no coconut to speak of. In fact, there’s kind of a veggie quality going on, so coconut with this base would be kind of strange I think. There’s also not that creaminess I associate with milk oolongs. Buttery, yes, but none of that milk or cream quality. As a coconut milk oolong I rate this as like a 50 since it’s uhh not a coconut milk oolong. But as a green oolong it’s like an 85… so I’m just going to leave the rating off haha.

I know having actual fruit/nuts/etc in teas is nice and all, but I’ve found that some flavors (like coconut) go a lot farther with good flavoring. You just don’t get a whole ton of flavor out of dried coconut—in fact, most of the disappointing coconut teas I’ve tried have had only shredded coconut while the ones with real coconut flavor don’t actually have real coconut!

I like having coconut bits in my tea, but really, I’m not opposed to flavour coming from added flavourings, as long as it’s done well and tastes real! This sounded fabulous… wish it had turned out to be!

I think I might mix some of my other coconut oolong with milk oolong and see if that gives me the flavor I was looking for here.

I made a cup of this to keep up on my oolong tasting for Saturday Oolong day, or whatever it’s called. I may have over steeped it, but regardless it tasted like butter. Not milk. Not coconut. Just butter.

I’m not into that right now as I’m already a little queasy today, so I dumped it after a few sips. Will finish my sample and rate it another day.

That isn’t too promising. Hope you feel better.

Thanks! I do now. I think I’ve been fighting a bug all week so it comes and goes. Little bear is sick too.

I was drinking this the other night, had about 3 steeps worth, took the used leaves and added 2 cups of cold water and left it sitting on the counter overnight. Was having a discussion about cold steeping on counter vs in fridge. I usually cold steep in the fridge, but was trying this on the counter. In the morning, I drained off the leaves and put the tea in the fridge. Promptly forgot about it, until tonight.
Now I’m trying it. I’m not sure if:
A> I don’t like cold steeped oolong.
B> I shouldn’t have left it in the fridge for 2 days before drinking.
C> It didn’t work as well on the counter as it does in the fridge.
D> The leave didn’t have enough flavor left in them to cold steep.

I can’t even begin to wrap my head around what’s wrong with this, but I don’t like it. Memo to self. Don’t do this again.

Mmmm. Smells like buttery coconut.
I don’t know if the flavor works for me. I taste the vegetal aspect of the oolong, like stewed fiddleheads and then the butteriness of both the coconut and the oolong, but the addition of sweetness of the coconut just seems kind of funny to me.

Thick creamy mouthfeel. Lacking in coconut flavour- tastes rather dull, almost wood-like. Fuller flavour peeks out near the end of the sip.

I was a bit disappointed in this. It dry tea has a touch of a sour milk smell. Brewed, it tastes like a milky oolong. I don’t get coconut at all, unfortunately.

Pros: no astringency and a mild milky taste (it doesn’t taste as sour as it smelled).
Cons: I bought it for the coconut, and didn’t taste any.

Confectionary coconut flavor is mild and pleasant, the milky oolong is not the best representative of it’s type, but pleasant enough. The coconut shreds, nibbled after second steeping, had no hint of added flavors, and were springy & fresh tasting.
All in all, I’d get this if for some reason the magnificent London Tearoom somehow stopped making their masterful, utterly perfect, Coconut Oolong, but until then, nah.