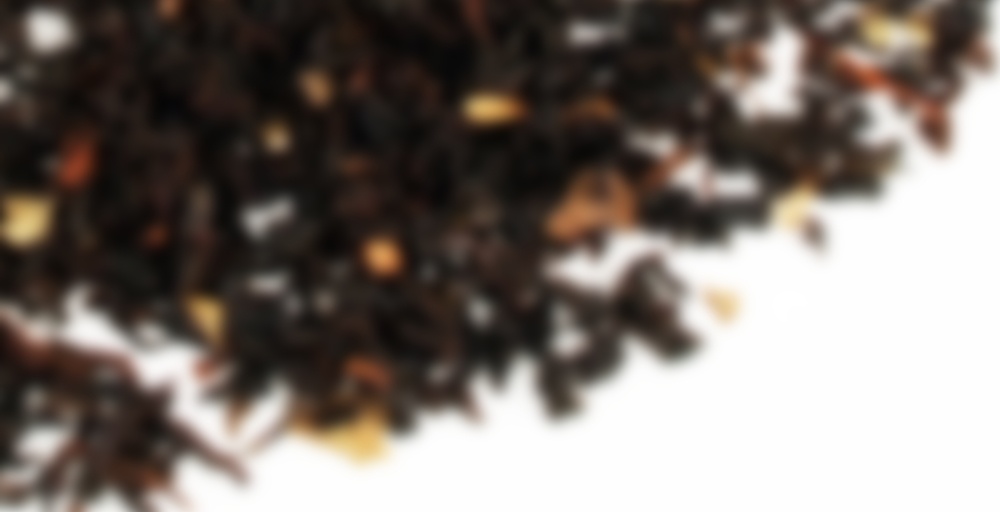 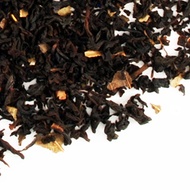 Ripened bananas join forces with the faint earthy undertones of creamy walnuts to deliver a Fall Classic seemingly fresh from the oven.

If you know me, you know that I love bananas. LOVE them. I think they’re probably the best fruit ever. Extremely sweet and creamy, perfectly portable (moreso than any other fruit, since they don’t even need to be washed!), and delicious in desserts. Bananas and chocolate is probably the best combination ever. And a frozen banana, dipped in chocolate and then sprinkled with nuts? Heaven!

So I was really excited to try this tea, since I’m a huge banana fan. But fake banana stuff tastes bad. You can’t extract an oil or an essence from a banana. It just doesn’t work. They don’t have that. So I’d imagine banana-flavored tea is a difficult thing to accomplish.

Anyway, when I opened the bag from TG, I was immediately hit with the smell of a somewhat artificial banana. Maybe a Laffy Taffy-style smell? It was actually a lot more authentic than I’ve smelled before. There was also a nutty scent of walnuts. I was nervous.

The leaves are fairly smallish, and there are walnut leaves and tiny banana pieces mixed in. It’s all very pretty. So I threw it into my pot, and let it steep up. The resulting infusion smelled a bit better than the try leaves. A bit more buttery and creamy, with more walnut accents. A bit less fake.

On my first sip, I was midly surprised! The tea actually tastes like tea. The flavoring is sort of an afternote. You start with a fairly brisk black, and then it evolves a bit into a walnut taste. It’s a combination of that specific astringency that comes along with eating walnuts, and an overall nutty taste. It’s very subtle, but it’s there if you concentrate. The aftertaste is a creamy banana-ish flavor. Sort of like bananas in cream. Or maybe banana candy. It’s sweet, but not cloying, and definitely not overwhelming. If it was, I think this tea would be dead in the water.

I would have liked it if the bananas had tasted a bit more natural, but I realize that that’s pretty much impossible to create in a banana tea. I did finish my cup, but it’s not a tea that I can imagine drinking regularly. It definitely is balanced, and entirely drinkable, but it would get tiring every single day if you had to drink this over and over again.

So overall, not a huge disappointment. I didn’t expect this to be a perfect 10. After all, banana is hard to replicate. Passable.

I also love bananas [though maybe not to the extent that you do!], but I don’t mind artificial banana taste. I love, love, love banana runts. Sorry the banana part of the tea is a letdown. The rest of it sounded good!

The way you describe the layers of flavor really make this sound like a winner.

Doesn’t Art of Tea have some banana tea? I hear it has chocolate in it too :D

Ricky, the boyfriend gave me the Dessert Sampler for Christmas from Art of Tea, with the banana and chocolate and pink peppercorn rooibos! :D

takgoti, I LOVE RUNTS. Banana. Mmmmm. Some of this tea is coming your way anyway! Yay!
Kitch3ntools, hahaha! I’ve had textural issues before too. Onions make me gag. Literally.

Micah, I remember those fake banana popsicles! They tasted gross in an amazing way.

lol onions do have a weird texture. banana, jello, and like rice pudding are the 3 textures i gag at lolz but oddly enough i LOVE chunky mashed potatoes!

banana runts are amazing! i like the new chewy (they my not be that new lol) runtz

I’m getting a nutty smell from the dry leaf. No hint of banana, but I’m okay with that. Brewing, it smells like a peeled banana dropped in the dirt next to a bonfire roasting nuts. Which could be pretty much what they were going for. Once I’ve drained my handy dandy ingenuiTEA the leaves smell a little… candied maybe? And maybe a little synthetic? I don’t know but it’s kind of odd. Not hideous or anything. Just weird.

The tea smells more of roasted nuts but there’s still some dirt-covered banana in there, too. And…. it kinda tastes like that too. Nutty and then a bit of banana-in-dirt (without the grit). It’s weird but I don’t hate it. But it’s weird. Maybe it will be better sweetened… I forgot to bring raw sugar from home so I’m such using plain ole white sugar but I’ll deal. I put a whole packet in so yeah, pretty sweet now. Pretty much now all I’m getting is roasted (almost to the point of burnt but not quite) nuts and then sugar. There’s a weird banana-peel flavor on the tail end if I slurp. I’m not going to slurp anymore.

Okay, so yeah, it tastes like what it says it should. Walnuts and bananas. But it’s just not right for me. It’s not horrible and I finished my cup but yeah, that’s pretty much the only positive I have to say for it. TeaGermanname and I just don’t get along.

(PS to the Overlords: Yay on the confirmation window! It saved me from making a user error! You guys rock!)

Boiling 2 min, 0 sec
Yours I Like This
7 likes
4 comments
Edit

Banana peel in dirt with fire and nuts? Hrm.

It tastes like Laffy Taffy Banana candy and walnut leaves to me. And I didn’t like it either. TeaGschwendner is just not good for flavored teas.

I didn’t get enough banana to say that it tasted of banana candy, but based on some of the whiffs I got, I could totally see it because it made me think of banana Runts. But most of the time is was faint enough that it smelled like really banana… and dirt. :)

I got to try this tea courtesy of Erin (she rocks!). First off I’m having a stuffy nose this morning so I cannot tell much about the smell other than it probably smells sweet.

The taste I’m getting (like others have said) is not really banana in peel the fruit banana. What I am getting is Banana Nut Bread and that’s not a bad thing it’s actually quite nice. I like this tea the black tea base has a tad bit of astringency but hey I just recently finished a cup of Florence so whatdya expect.

If you think you might like Banana nut bread flavored black tea give this one a try sometime. Thanks Erin!

Boiling 2 min, 0 sec
Yours I Like This
7 likes
3 comments
Edit

oooo…goodness…I really hate bananas, so…I don’t think I would ever try this…but I am sure glad you did and you reviewed it! :)

I got this from Teaplz, who seemed quite eager to get rid of it. We’ll see if I can understand why.

This had lumpy chunks of something mixed throughout the leaves. I’m not sure if they were bananas or walnuts… When steeped, it smells lovely. I smell bananas and chocolate, not walnuts. If this tastes as good as it smells, we will be in business. I really like bananas, so I’ve got pretty high expectations for this. However, I’ve never tried any banana flavored tea, and I’ve also never tried anything from TeaGschwendner. So… here goes nothing!

Oh, nice! All the other ratings were dauntingly low, but I like this! It’s not really bananas or walnuts, but it’s good. I actually can’t tell what I’m tasting. It’s sweet, fruity, but very subtle. If I were rating this based on how much it tastes like banana and walnuts, it would get a very low grade. However, I rate things based on overall taste. And this is good! Thanks, Teaplz!

Whee! Happy I was able to give this away to someone that appreciates it! Everyone’s taste buds are completely different. That’s what makes tea so fun to share!

I think the chunks are banana? That’s what they look like to me…

But yay! Hearts for the enjoyment you got out of this!

Up’ed the score! Went to the Tea Haus and bought a few new teas as well as got my free cup of tea (Frequent Buyers Card)! I got, of course, the Banana Walnut. The reason I moved the score up is because as they made my cup the entire shop filled with the smell of this tea and it put the biggest smile on my face. Just in case I haven’t mentioned it…….this tea is amazing!