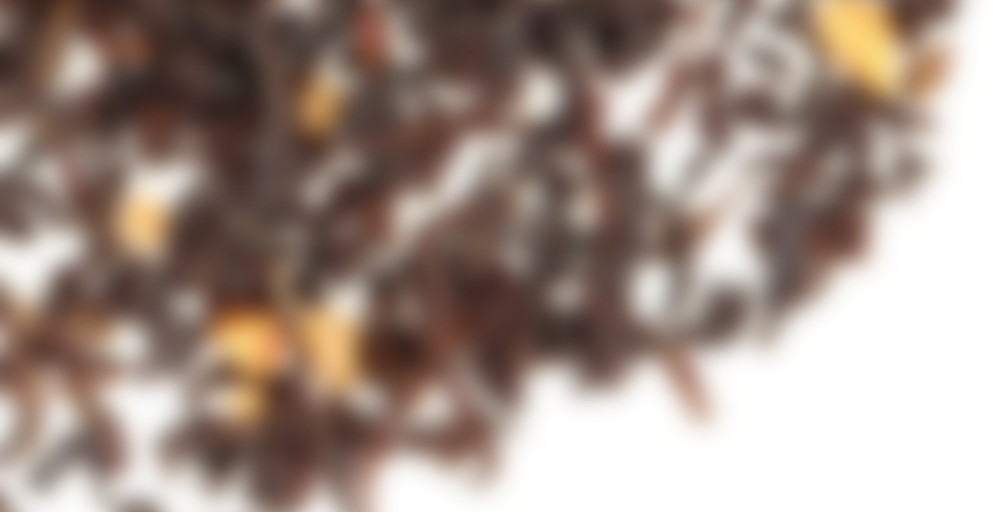 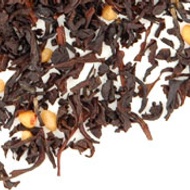 First one to review this one. Yay!

This was not over the top immediately after the steep but as it cooled you got a very creamy and nutty taste in your mouth. I suspect this tea would be great iced and I will have to try it that way some time. I will say at the end of the sip there was a very unique flavor that was only detected when it cooled. I feel like there was a good memory attached to that flavor but I just couldn’t put my finger on it. I guess I will have to keep drinking it until I figure it out.

Overall this is a pleasant tea. I was really looking forward to trying this one as it sounds delicious. However, there’s nothing extraordinary about it.

The tea smells like caramel that one would use with apples. (Mmm… my favorite in the autumn!) 205/3 min. The scent remains, but the caramel promise has morphed into more of a crème brûlée. I taste a hint of smokiness. There’s definitely a flavor of cream in the tea, but I don’t taste much of a nut brittle flavor at all. The tea is slightly bitter and is certainly astringent.

I enjoy this one quite a bit but I must admit I developed a deeper appreciation for it over time.

Another sample from Rachel!! Yes, I’m having pot after pot of tea today and will probably be shaking from a caffeine overdose soon. I’ll switch to decaf/herbals at some point. Maybe. Or not.

I’m thinking that this may be my first TeaGshwendner tea!! Lisa at Cuppa has a catalog of their teas, and I flip through it often whilst having tea there, drooling over the unique blends. I’m so excited to try this one! Thanks, Rachel!

Okay, it’s not what I was expecting. I was expecting a hardened-sugar, caramelly, peanut taste. Like dropping an actual piece of peanut brittle into hot tea (have you ever done that? If not, you really should). It is nutty and really creamy, but I’m not getting the “brittle” taste that I would expect to be there with the name of this. It’s possible that it would come out with some agave nectar or honey…but seeing as I’m currently wrapped on the couch with about 4 blankets, I’m not getting up until it’s time to make another pot of tea.

Overall, it’s a very good tea, but doesn’t quite live up to its name. As far as “nutty” teas go, 52teas’ White Chocolate Cashew is much better than this one.

Meh – what is up with this tea? I’ve tried it now twice, tried to like it… I am not getting nuts or anything creamy here so I would say it’s a bit of a disappointment for a flavored tea.

This was a little nutty and a little caramel-sweet, but surprisingly underwhelming. Going by the scent, I really thought it would deliver! It just didn’t stand out in any way and was weak.

I liked this one more than I expected to from the smell of the dry leaf.

It has a strange, papery smell in the tin, but that doesn’t carry over (much) into the steeped tea, which is a reddish brown and translucent.

The flavor is rather more subtle than I would like, but it’s tasty. I get a nutty, caramel/toffee flavor from this that approaches, but doesn’t quite become brittle. There’s not enough nut, and not enough overall oomph to get it there.

I generally count lots of points off for teas that don’t live up to their names, so I feel constrained to do that here. But like the Leland Pear Caramel, the tea is better in an absolute sense than my rating suggests. It’s totally pleasant to drink, it just doesn’t taste like Cream and Nut Brittle to me.

This is overall a fairly nice tea, but the flavors are a little weak, both the cream flavor and the nut flavor.