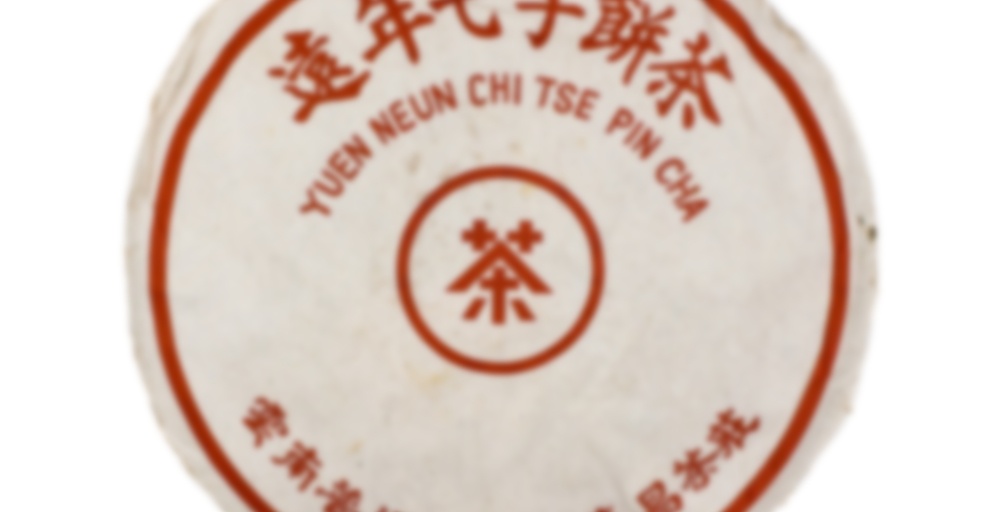 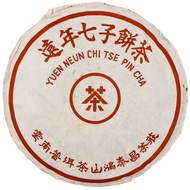 The original old sheng from the famous brand Hong Tai Chang. Delivered directly from the warehouse of the factory, where it was produced and stored since 1988. It’s already more than 30-year-old pu-erh tea.

This sheng is made from old Thai trees of Chiang Rai province in northern Thailand. The pu-erh was made exactly at the factory from which the brand Hong Tai Chang had started to walk around the world.

We are well aware of the Thai Pu-erh “kitchen” from the inside and are convinced that the traditions of Hong Tai Chang (and of course the original material from old trees) are owned by different pu-erh factories in Thailand. But these cakes are the ones that experts recognize as original and authentic Hong Tai Chang pu-erh’s.

As you can see from the photos, in these cakes from the 1988th year of Thai storage there is no mold plaque.

The taste is distinct and clear with the richest palette of hues of the wood-nut spectrum and the noble aroma of old age Chen Xiang (陈 香, Chén Xiāng). Infusion is smooth and easy to drink. Cha Qi is dense but delicate. The power of the material, amazing stamina, softness and density of the liquor gain endless respect for these samples of the classic puer tradition of Hong Tai Chang.

Please, pay attention.
Hong Tai Chang is one of the most frequently forged tea brands. It was very famous in its time…On Aliexpress and Taobao, you can find young tea under various covers of Hong Tai Chan. The description usually says it was produced in Yunnan. It can not be true.

The fact is, that even the brand is from Yunnan, it had been producing its tea from Thai trees and in Thailand. Yunnan material was used only at the very beginning, in the 30s, and then it was completely replaced with Thai one from old trees. Yunnan trademark and its office in Yibang was closed in 1949.

Only Thai tea manufactured under the brand Hong Tai Chang carries the spirit of that era, thanks to the original varieties of old trees and transmitted traditions.

When ordering from Tea Side some time ago, I tried make use of their offering of various samples of aged raw pu-erh, a category I have very little experience with. This particular one is very much an educational experience rather than anything else, which easily justifies even the price of $2 per gram. Even though I won’t be rushing to get a cake of it, I can actually see myself looking for a similarly aged tea even in this price range in the future. To a large degree, I would find its value to be in terms of being just pretty distinct from the rest of my collection. However, one thing to take into account absent other considerations is that this tea lasts about twice as long as I would expect from teas with good endurance! In this particular session, I oversteeped some of the early infusions and I still ended up with about 400ml/g eventually (the last five steeps being boiled for several minutes on a stove).

Now, the tea itself is very earthy and woody, but ultimately I think it would count as an example of a “clean” aged tea for sure. The cha qi is calming and very pleasant, but much more subtle than younger examples of premium sheng I’ve had the chance of getting to know. I don’t know if it can be partly attributed to the tea, but I did relax pretty well after a stressful week and managed to reduce the tension in my neck and back. Somehow, one of the most memorable aspects is probably the mouthfeel though. The liquor is smooth, heavy, soft and incredibly oily. It is engaging from the first infusion all the way until the last, 22nd, one.

I can’t really think of many ways to describe the aroma, but it does have a milky and woody nature throughout. One scent that stands out among my notes from the middle of the session as quite an unusual and unexpected one is rose – I am not sure if I was imagining it honestly.

The taste, on top of the underlying earthy and woody ones, displays medicinal, nutty, herbaceous and flowery notes. There are flavours like cumin, tree sap, coca leaf, nutmeg, parsnip, fenugreek, vanilla, orange blossom and others. It is pretty sweet throughout, while retaining a nice bitter bite. Late in the session, the flavour profile moves more towards the mineral and higher notes, but still keeps significant earthiness present until the end.

Early on in the session, the aftertaste is very protracted, but it starts somewhat benign and ramps up over time. It is subtle overall, not pungent in any way and yet complex and evolving. Sweet, tart and camphor like sensations dominate, with notes of fireplace, molasses and licorice among others.

Great music pairing! I feel like I’ve seen a live video of this.

Wow. That music takes me back to happy times when I first moved to Oakland. I’ll have to take out my cd and listen to everything on it again. Ah-memories…