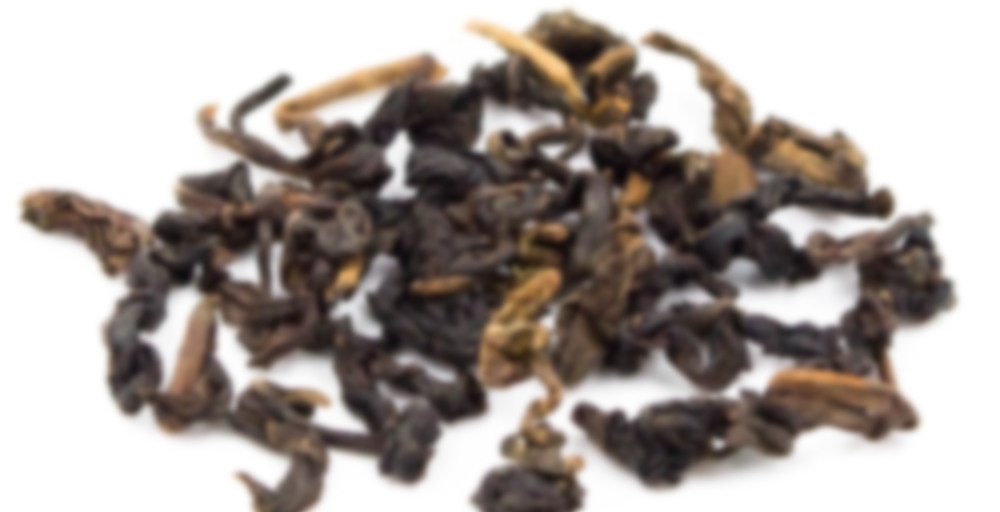 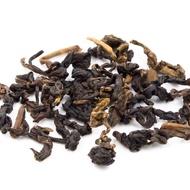 right when I opened this vacuum sealed package, I took a sniff and the dry leaf is just like those mint chocolates they give you at some asian restaurants with your cheque, like a warmer mint chocolate chip ice cream. I gave it a sniff in my bamboo scoop too and it smelled like banana/mango with some mint. 22 year old Thai oolong from a farm that doesnt even exist anymore? What could be better

In the warm gaiwan is one of the most complex smells. It’s like a whole flurry of spices I cant even begin to get into, and all of the mint chocolate and tropical fruit from the dry leaf over like a nice bed of soil.

After the rinse, the leaves still smell of all of the above, with lemongrass and soapiness added. Above all, there are smells of root vegetables, earth and spices.

With my low profile glazed cup,

The soup is very thick and sweet, a bit of tingle on the tongue, with almond butter, earth, and wood in the taste and lovely dark, rich stonefruits in the aroma. There’s something very pastry-like resembling pie or danishes, the soup is a vibrant lemon-yellow

In a mid-profile porcelain cup, I get a more soapy and tingly texture, predominantly apricot in the aroma, less thickness on the tongue, earth in the taste, with the same pastryness.

As the tea develops and i go back to the low profile cup, I get Brown sugar, the aromatics move towards cherry/mango, licorice, the pastry moves towards more of a boring bagel than a nice danish.

Anyway, my stomach is feeling a bit unsettled and gross. I don’t think it’s from the tea, but who knows. I feel like I just ate a huge bar of dark chocolate

This oolong tea from Chiang Rai Province in Thailand has been aged since 1995, making it just over 20 years old.

Out of the bag it has a strong and distinct aroma of blue cheese, so much so that I imagine I could convince the folks who think other folks take too much liberty with tasting notes that I’m not taking liberty at all just by putting it under their noses. “Wow, that really does smell like blue cheese,” they’d say, blutterbunged. And after the first infusion in a gaiwan, that note is still there in the aroma, but it is intertwined with a much more complex array of aromas, sweet grass, fig, and and plenty of must.

The taste of the first infusion is really complex too. I’m definitely getting fig. The liquor’s a beautiful honey gold color. Raw honey and dried fruit notes dominate the flavor as it cools, but there are musty wood notes underneath. This tea is complex in the way that an aged red wine is.

On the second infusion I’m getting more savory flavors. I can taste some char and roast now, and the flavor reminds me of cooked okra, but I still taste fig too. The mouthfeel is thick and just a bit dry.

By the third infusion, the flavor is already waning significantly despite a longer infusion time. There are some hints of vanilla bean but they are tucked away under the savory flavors mentioned before.

On the fourth infusion I infused it a good bit longer to draw out more flavor and overall the taste is more mellow now with subtle clove notes.

I find this tea very satisfying, in the way an advanced craft beer, wine, or cheese is satisfying. I am ready to go shamelessly highbrow with this tea some drenched thundering night, put on some slow jazz and a fire and just kick the world to the curb. I feel like this tea would comfort me when I’ve had a rough day. Purr away.