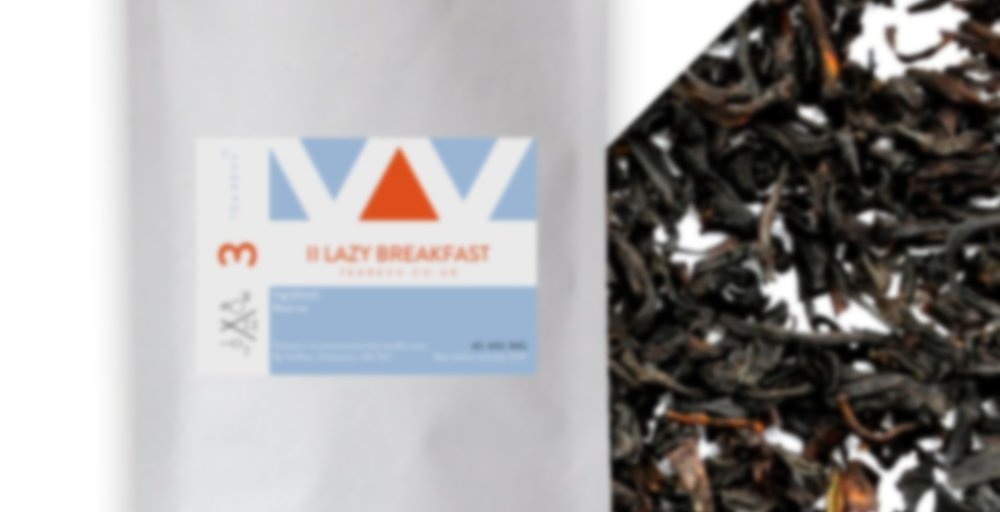 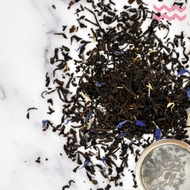 It’s a Classic. A beautifully blended black tea with a full bodied flavour, perfect for breakfast in bed! Especially good with milk or without for a calorie free start to the day!

Nothing beats a breakfast tea in the morning with a drop of milk.

Best Brewed: Hot / Lattea
1-2 teaspoons, near boiling water, infuse for 3-4 minutes. Perfect with or without milk and even as a Lattea. Sweeten to taste. Brewing is part of the fun, experiment to find what you like the best.

Packed in an environment that contains nuts
Vegan
Contains Caffeine

Mix of black teas, but didn’t stand out to me. OK for Todd, but nothing outstanding.
Recommends adding a dash of milk or mix with hot frothed milk for a lattea. Part of TeaRevv Advent Calendar Collection. Tasted 12.2018

So this is apparently a mix of Sri Lankan, Kenyan, and Indian black teas. The leaves look pleasantly large, they’re not small and broken up which is nice.

I’m surprised at how light the steeped tea is, considering it’s a breakfast blend which I would expect to be dark and strong.

Well, it’s definitely flavorful despite its light color. I noticed some of the spent leaves are quite green in color, and that combined with the tea color makes me wonder if the Indian tea in this blend is a Darjeeling. It’s a tad bit bitter after 3 minutes as well.

It does taste somewhat Darjeeling-esque to me, with floral and somewhat muscatel notes and some astringency in the aftertaste.

It’s not bad. I’m not sure it could stand up to milk though, and to me that’s a requirement for a breakfast blend.

I’m not sure I should rate this, as I would have steeped it at a lower temperature if I had known that it’s a lighter black tea.

This was a bit lighter than I think of as breakfast tea, but a nice simple black tea. I wouldn’t seek it out, but I’d drink whatever I had. (This was just an advent calendar sample, so I don’t own more, but I’d consider it as a basic tea addition if I ever order from them.) Not overwhelming, but nice enough in the basic cup of tea category.

Lazy breakfast tea to go with my lazy breakfast of a roasted bagel and cream cheese. My plan was to make a fancy breakfast but that didn’t happen so this tea seems fitting.

Taste wise, this is briskand more floral than I typically like. Tea Revv recommends a splash of milk however i have a whole lot of eggnog that’s going bad December 4 so i put a splash of that instead. It was a weird choice because now this tastes like floral eggnog. Oops

Hahaha unfortunately it was not.