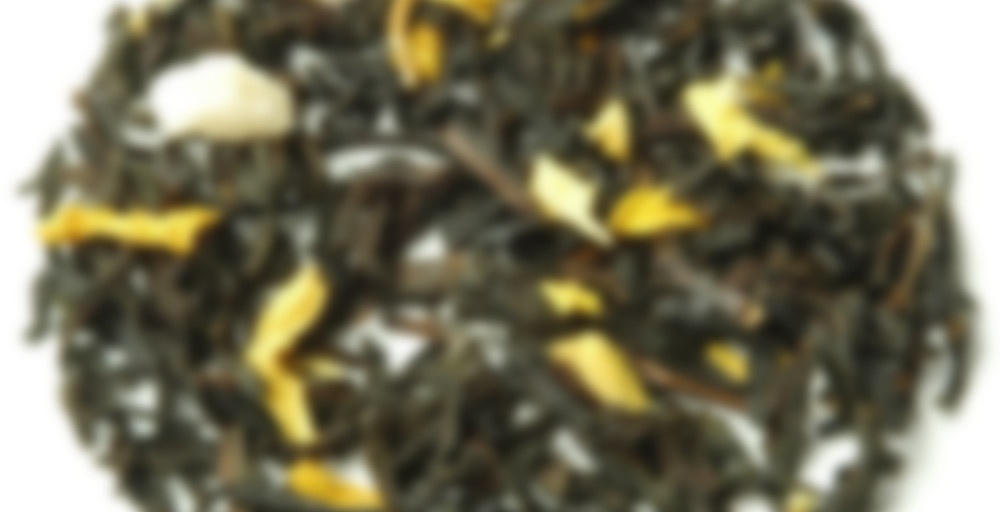 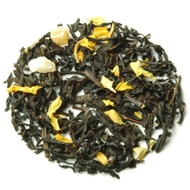 by Tea Palace
--
You

Midsummer Mango is a delicious blend of Chinese and Ceylon teas with real mango pieces and sunflower blossoms.

My long Steepster break has really changed my tea habits into something far more relaxed than before. I’m going to try my damndest to keep it at this level. It feels… healthier, if you know what I mean. And I didn’t even think I was all that obsessive before. I feel like I’m carrying less weight around having realised that I don’t need a tea of every flavour and six different breakfast black and a dozen afternoon teas. Two or three of each is all I require. Maybe one or two extra as a luxury, but still. Keep it small. It means I shop tea far less frequently (and again, it wasn’t even super frequent before) and I do it differently. I shop when I want something in particular and then go straight for those items. After that, I’ll allow myself one or two other samples.

That’s how I got this one. I wanted a couple of things that we have previously enjoyed from TP and this was the sample that I allowed myself. The thing about TP’s samples is that they’re quite large. :) I’m not sure why I went for this one, actually. It’s not a flavour I would normally be interested by. I think I must have been having mango-y thoughts recently when I saw it. Perhaps a recipe with mango in it or something.

It’s an alright tea, really. It just doens’t really taste like mango. It’s more like generic tropical fruit and quite Ceylon-y. I suspect a mid- to high-grown one too. I can see how the spicy grassy flavour of a high-grown Ceylon might match well with tropical fruits, but on the other hand… It rather makes me wonder how it would have presented itself if the base hadn’t been a Chinese/Ceylon blend. What if it had been Chinese only? Or even just a lower grown Ceylon without those spicy-grassy notes? I wonder if that would have made the mango present more as actual mango or if it’s not connected at all.

I don’t know. It’s an alright tea, really. But that’s all it is.

Good to see you! Very wise decision…I’m trying to work my way into “simple pantry” myself.

First, nice review :)
Secondly, I’m kind of in a similar place. My temporary return to the publics schools system started a change in my tea drinking & even more so in my reviewing, and although I quit that job & went back to being fully self employed again (& much happier), the frenzy to Drink all the Teas has been replaced by a desire to narrow down my cupboard to teas I love, letting go of the need to write about every single cup, no need to review teas that I’ve already reviewed half a dozen times.

Great to see you back! We have missed your reviews. And I agree! I review much less than I once did and my cupboard overwhelms me sometimes. Fortunately, I have lots of tea drinkers over who can help get it under control but then I also tend to keep guest favorites on shelf as well so that adds to the cupboard things that I normally wouldn’t keep on hand! Still, simplifying is my goal in a lot of areas and I think I am making headway!

After a while of not having been here, I just had a good hard clear-out. Having taken a step back from Steepster first made it much easier to look at each tea in a more objective way and decide if it was something I was likely to drink and if I’d enjoy it if I did drink it. Anything where I couldn’t honestly say ‘yes’ to both questions went in the bin. Now, some people would just faint at the very thought of it, but I can honestly say that doing this felt so good. Like shedding excess weight in one go. Just for that, I don’t want to go back up to having loads of stuff that is never used up. I could easily do another round of that, actually. I went from four drawers to two, and one of the remaining, I hardly ever look in because it’s where the non-black tea lives. And… I’m just not really into those types.