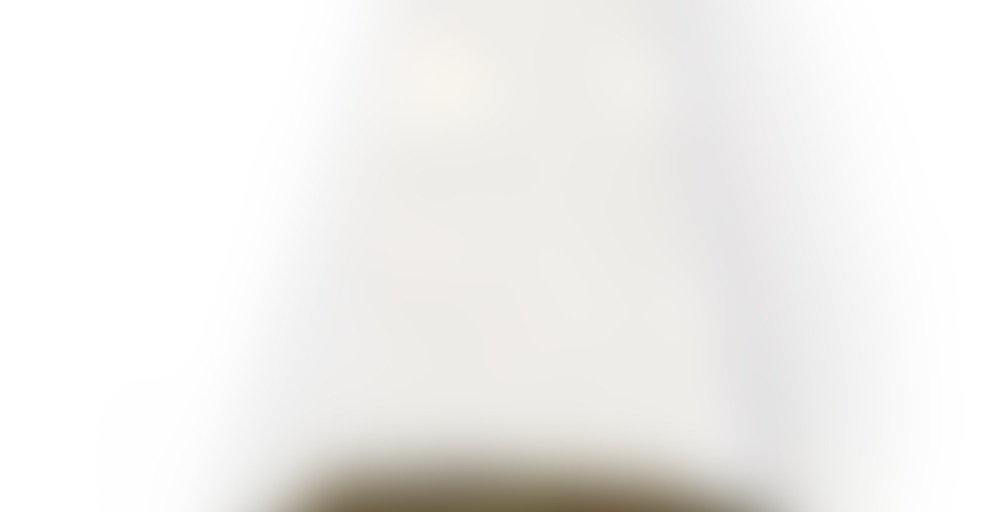 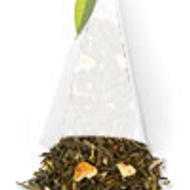 A sunny infusion of organic green tea masterfully orchestrated with bright, sweet mango and the flavor of fresh-cut coconut. Madagascar vanilla and the exotic tang of tropical lime makes an uplifting cup.

Wheeeee! Sip down! (208….)And now it’s time to have some water and caffeine free options for the rest of the night. I think my kidneys would like a break lol. Snuck one of these from the great Canadian travelling teabox as Lala has been kind enough to share and I know I like this one. Mostly I just wanted to end my sip downs for today on a flavoured note! Now to have some enchiladas for dinner and bake some pumpkin spice muffins!

Everything about this post sounds delicious- coconut mango colada, enchiladas and pumpkin spice muffins!? Can I come over for dinner? LOL

I want enchiladas! of course, I’m allergic to milk/cheese ;p

Terri, if you can find it I like Daiya shreds. And I do consume regular cheese as well, so I feel confident recommending it. :) There’s also this awesome enchilada recipe I found – I make the sauce with corn starch, so I mix everything up and cook it then add corn starch mixed with a little water, and wait for it to thicken. I also like mixing some sauce into the filling. http://www.budgetbytes.com/2013/04/black-bean-avocado-enchiladas/

Daiya is the best soy cheese, although I haven’t been eating that lately either. Or cornstarch. Or corn tortillas. or or or or or…

Oh, boo. Not really any grains at all? Because there are rice tortillas by Food for Life, and you can use tapioca in the sauce. :) If I were to do it paleo, I’d use loads of sauteed veg and maybe layer with shaved sweet potato to make a casserole. Of course, I’ve never had real enchiladas so for me there’s no nostalgia attached.

Actually, that sounds REALLY good, and I have all the ingredients. I think I know what I’m cooking tomorrow.

Let me know how it turns out!

you guys make me giggle :)

Aah! My avocado was icky. Will try to make on the weekend.

I love everything on your menu,
But have to say enchiladas & pumpkin spice muffins are an unlikely combo ; -)
This tea is yummy

I pulled one of these bags out of the tea box to try later. Having it this morning (or is it afternoon already?).
Pleasantly surprised. While I’m not getting much Mango, there is lots of colada here. Really nice coconut, creamy flavor. This is a nice coconut green tea. I’m not getting any bitterness from the green base.
I see Tea Forte in several stores around here and have always passed on them. This is making me rethink that. May have to pick some up and try more someday.

I was really surprised about this one too. I didn’t think it would be good but it was. I recently got the coconut chai latte from tea forte. It is pretty good as well. Its a black base.

Coconut is very hit or miss for me. I like real fresh coconut, not imitation coconut, dried coconut, or coconut flavour. But when I saw this tea I thought I had to give it a try because it smelled so delicious. I had some coconut tea from Hawaii a few years ago and it was soooooo good. I had to see if this one was a good.

While brewing is smells like rich, creamy, buttery, coconut, almost like coconut cream. There was a slight tartness to the smell, made me think of coconut and lime. The taste if the tea is strong coconut, smooth and rich. There is a very suble mango flavour, but it really could be any tropical fruit.

It’s pretty good, not the same as Hawaii but it will be good enough for now.

I love coconut! This sounds delicious!

I had to admit, it is pretty good. Tea forte has a whole line of coconut teas.

I’ll have to check them out. Thanks!

Thanks WillWorkForTea for these teabags! I cold steeped them in a pitcher overnight.

I’d like this if it didn’t taste purely of lemongrass. I’m not sure how it tastes like lemongrass when it’s not an ingredient but that’s all it tastes like. No mango, no coconut, plainly lemongrass and nothing else. As it’s sat out for a bit there’s a slight coconut flavor before it really gets into that lemongrass flavor. It’s like drinking a very mild tom kha soup..seriously.

Meh. I think I have to just dump the entire pitcher. I don’t mind lemongrass when other things are going on. But this is just one-dimensional. I don’t know why I keep trying TeaForte when they just keep letting me down.

This has been in my box from Sil for awhile, & I brewed it tonight to get another sipdown in for the day, & also because, silly me, I didn’t read the label & was thinking this was some non-caffeine cup. As it turns out, there is green tea in there, but oh well, the night is young!

Thanks Lala for sending me a few of these to try out.

Wow! So delicious! I love coconut more and more each day. This tea perfectly captured both the coconut and mango flavours. YUM. It didn’t come off as fake at all or overwhelmingly sweet. The coconut was slightly more present than the mango in my opinion.

This tea was delicious and like Coconut Cocoa yesterday, I feel I need to have this in my cupboard permanently.

The resteep of this is still yummy. Still flavourful.

Happy you liked it. I want to try their coconut lychee.

Isnt’ this one good? and i don’t like coconut! lol

It’s delicious! I’m currently searching on how to get more of it! I’m also interested in their Coconut Chocolate Truffle Lala :)

chapters for sure i’m i’m not mistaken. But tea forte seems to be fairly common, at least in ontario.

I checked the Chapters website and didn’t see this particular flavour, but I’ll be stopping in tomorrow. We also have a store here – Twisted Goods. I called them and they said their summer teas would be in within a couple weeks!

I bought this one at McQuarries Teas. But I know Chapters does/used to have a boxed tea forte coconut collection for sale.

oh nice! looks like you can also order them via their website but of course shipping to canada is stupid. I may try out a few more of their teas and then if it’s worth it i can order via my tea mule…IN JUNE! lol

I watched a Today Show segment yesterday titled: “Too Good To Be Healthy”, which featured Tea Forté’s Chocolate Truffle and Coconut Mango Colada teas. I currently have a few boxes of the Chocolate Truffle which I like. Very much. And I wanted to give this a fair shake too, especially after watching Kathie Lee take two sips of this and raving about it during the segment. More than one sip is a good sign usually, right?

I honestly had no intention of buying this tea whatsoever when I went grocery shopping this morning. Since coming home, I have had 3 cups of this. I really want to like it, but two out of the three cups have given me the shivering spine-tingles. This usually happens when I have a red wine that hasn’t had enough time to breathe and mellow – not a good sign.

It does taste tropical; Coconut, lime and a bit of pineapple, but I really don’t taste the mango.

I need to try cold steeping this before I completely banish it from the cupboard. Definitely won’t be repurchasing…

I will forever be grateful that the bookstore I work at also sells teas and tea paraphernalia. I don’t think I’d ever have been introduced to Harney & Sons, for instance, without them. Just in time for summer they brought in a bunch of Tea Forte’s Coconut Samplers and being a fan of all things coconut I put my staff discount to good use.

No surprise this particularly tea is heavy on the coconut flavours and it gives the tea a rich, almost creamy taste. There are notes of lemon and citrus, and mango too although it is pretty subtle (though I might just need to steep the pyramid-thing a bit longer). I could see this totally rocking as an iced tea this summer.

This has become one of my favorite teas ♡
The balance between the coconut and mango
is truly lovely…I enjoy this tea more and more with every cup.

again, not thrilled with this either. the main taste is bitter, even when the water is heated but not boiled. there is a nice coconut taste, no mango taste at all & very slight hint of vanilla.