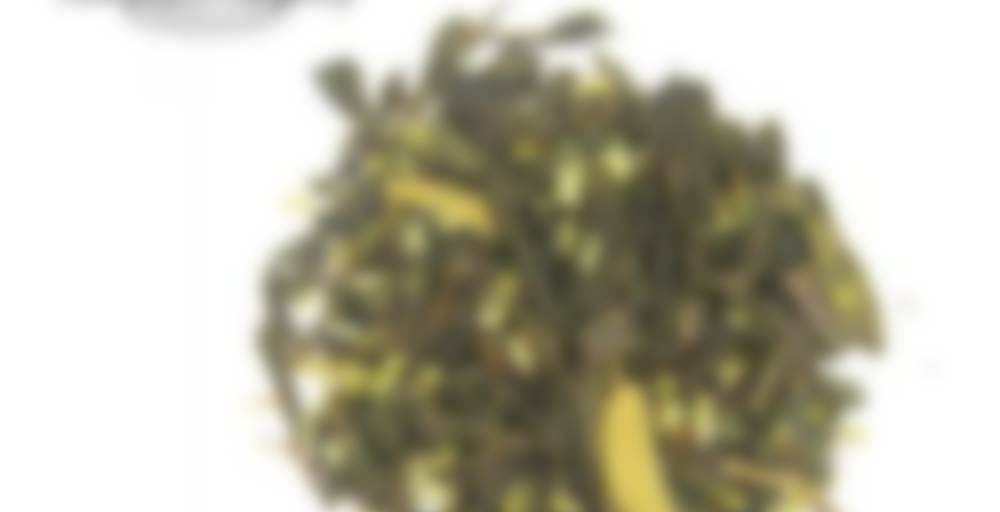 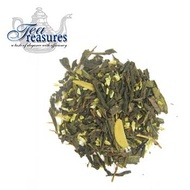 by Tea Embassy
72
You

Fragrant organic green tea from China, blended with almonds and chopped coconut. It smells similar to angel food cake. Tastes great with a touch of honey.

This loose leaf tea is packaged in our resealable zip-lock pouches that keep light, air, and moisture away from the tea.

Well the off taste of my lips is fading so I decided to try this one today. I got this in a swap with PositiviTEA, thanks!

The dry leaf smells almondy and coconutty, but in kind of a generic way. I’ve had almond greens and coconut greens but never an almond coconut green! Steeped, this smells more coconutty than almondy, and that plays out in the flavor as well. I’m really not getting hardly any almond from this, though I suppose there is some almond sweetness in the background. The green tea is kind of generic but inoffensive. Overally this is decently tasty but I get more coconut macaroon from it than almond cookie.

As an aside, I think I am going to overhaul my tea ratings. Most things will be dropped by about 10 points probably because I think my ratings skew high. 70-79 will now be the range for decent teas that are pretty tasty but not too special. Thankfully if you adjust the ratings on the ratings page it doesn’t make all your old notes pop to the top of the dashboard, unlike changing the rating by editing the tasting note.

I LOVE THIS TEA!

I first tried this at the Smith-Byrd Tea House in Prattville, Alabama. They have this wonderful endless tea policy! The tea pots are only two cup pots, but you can get unlimited pots of tea and you can ask for a different flavor whenever you like! They said that this is so you can try (and hopefully buy!) several different teas, and that is exactly what I did! But I digress.
This tea is delicious! To me, it tastes exactly like an almond cookie, almost like marzipan! My mother on the other hand thought that it tasted more like almond extract. This is a very sweet tea. I needs no sweeteners. The texture of this tea is incredible as well. The flavor is so full and bold that I feel like I am actually eating a cookie! I love it! Some people may think that this tea is too sweet, but I think it is perfect!

This tea is also good for a few re-steepings. I believe I have re-steeped it two times without it loosing flavor, but generally I only re-steep it once because sometimes the green tea gets a little bitter. Over all, this is a fabulous tea!

Monday May 9, 2011
2nd Steep of the Day
Steeped a Pot of Almond Cookie
Great Almond Flavor with a Green Tea Base.
This Makes a Great Sipping while Reading Tea.
The Pot Was Good for 2 Chapters.
Keep on Steepin

A solidly reliable cup for to get me through a hectic day. Last day of the semester at school, after that I got two fillings at the dentist, then fought my way through traffic, now dragging myself through dinner. Early bedtime is in store for me tonight, but not before a resteep of this with dinner!

boo for fillings! I need four done myself.

Aww, that’s no fun! I’m lucky that these were small and done quickly, but man I hate the high pitched sound of that drill!

I’m not really sure how I could have been so stupid, but I posted this note accidentally with Amaretto of Davids Tea.

I received a generous sample of this tea from Dustin. Thanks so much!

This tea smells very amaretto-y, a smell I find infinitely comforting. Although the taste also is rather amaretto-y or almondy, it isn’t over the top. Generally I’d associate almond and amaretto flavors with black tea bases. I would have thought a green tea base too delicate to carry such a flavor. In reality that doesn’t pose a problem. Actually the green tea base provides a rather neutral base, due to which the almond/amaretto is more noticeable than it otherwise (probably) would have been, without tasting artificial (like some other fancy flavors).

PS: After relocating this tasting note, I’ve had a look at the ingredients. I wonder if I can actually discern between the taste of almond cookies and amaretto. They rather belong together. Anyway after reading the ingredients, I can imagine that what I perceived as amoretto-y is rather the combined flavors of almond and coconut. After all it’s very long ago that I’ve had amaretto and then I’ve never had it by itself, but always with either almond cookies or stratiatella ice crème.

The aroma of this tea is DIVINE. It is my favorite go-to tea. Smells like a subtly flavored vanilla cookie. So perfect.

I was offered this tea after a massage today. Instead of hem making it in a paper cup with almost hot water from a machine, I took the tea bag and brought it home. I am not generally a flavored tea person. This tea isn’t going to change my mind. Like someone else noted previously, I don’t taste much almond – this was very coconutty to me. I don’t need to own any of this.

I’m with you. I like my greens ‘pure’, for the most part. Of course, there are occasional exceptions, but they are not common.

I most especially don’t like artificial flavors and they seem especially bite-y with greens to me.

More for me then! I love this tea,

I did think the (apparently) hand-tied bag was cute though…