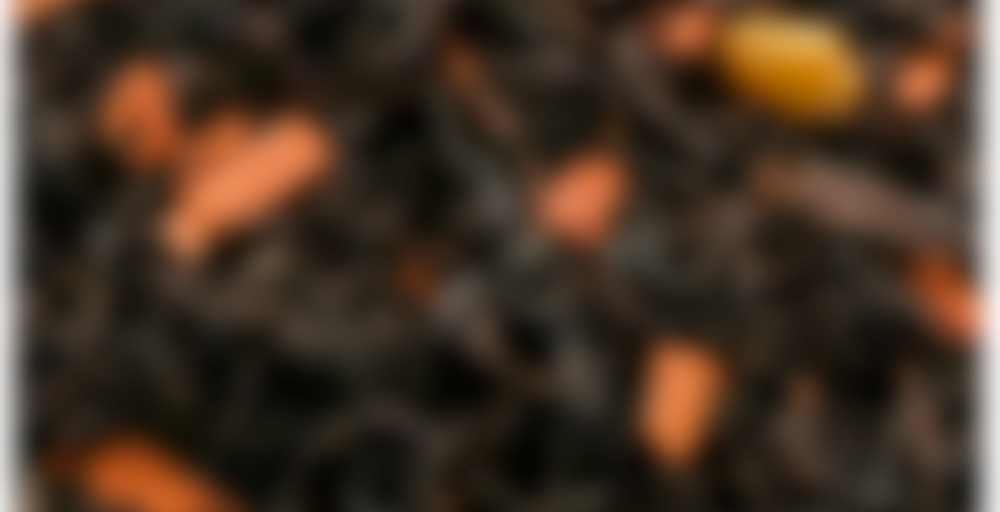 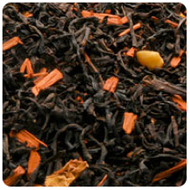 by Tea Desire
81
You

Another one from the swedish chef! I need to get through some of these sipdowns so that i can try and get back to working on my older teas :) This isn’t a bad nutty tea. What i like is that this is NOT almond…not that i have issues with almonds but i find a lot of nutty teas seem to take on a generic almondy sort of taste. There is a nutty bitterness to this tea, which i rather like. It’s not a sweet tea and that suits me just fine. Adding a little milk to this made it even more truffle like which is nice, since i honestly don’t really get any chocolate feelings from this one. still enjoyable though!

Funny how years ago, this used to be one of my favourite teas. I swear it tasted nuttier and just overall more flavourful than now? Right now, with half and half, it’s really reminding me of a better version of Florence. It tastes like a nut cluster thing. I don’t even know if this has chocolate flavouring in it, but I swear it’s like nut chocolate. Whatever it is, it’s better than Florence’s chocolate note.

Maybe I’ll lower the rating a bit. Just a touch. I mean, it’s still good for a nutty chocolate black tea, in my opinion, but just not as good as I had remembered.

I just came home expecting to Skype with my mom since my uncle was supposed to take her apartment shopping today but I just got a text that she’s been in the hospital since 2pm because her eye is going haywire and they can’t figure out why. Scary considering she is scheduled for surgery starting on her other eye in a few days.

’Spose I better go get more marking out of the way then.

Oh my, hope your mom will be ok, sending good vibes your way…

Florence seems to haunt you. :P

hope your Mom is ok!

Yes, I think this tea is best with cream or milk. Today, I added a bit of evaporated milk to it. Good. I’d like to try it as a latte one day, but for me, any dairy is a bit of a thrill.

There’s a patron saint of cats? I feel like my cats would like to know this, and would like me to celebrate this event with treats…

Not too late to celebrate and treasure the kitties.

So I just got up from a fifteen hour sleep. Sometimes I think I have a small “sleep problem” because I don’t think normal people are supposed to sleep that long. But then, I realized the bigger problem is the tea problem because I woke up looked at the clock and immediately thought “Fuck, that means I’ve missed out on a few hours worth of tea drinking!”.

Anyway, this is backlog from yesterday. I cold brewed it as per VariaTEA’s idea and that was enough to finish it off. I’m very happy to report to you VariaTEA that the cold brew for this? Phenomenal. In fact I was especially worried because I had forgotten it was cold brewing so this cold brewed in the fridge for about 28 hours. Yeesh!

But no, this was the most intense and flavourful maple walnut flavour with just a touch of chocolate! It was as rich as I can possibly imagine it could have been, and it was insanely thirst quenching too. It really almost makes me want to go buy 50g more just for cold brewing; and maybe I will someday but I definitely wont be right now because I also got VariaTEA’s package for me today which pushed my cupboard up by 22 more blends! Yikes!

They all look awesome though, and I’ve worked a few into the rotation for today. I’m sheepishly admitting too that while I love you essentially sent me the Adagio Firefly sampler I haven’t actually watched Firefly, so I feel guilty considering drinking the teas when I have no point of reference for how they match the characters…

EDIT: Oh, I bumped the rating on this up because of how awesome the cold brew version is.

Yay!!! I am glad the cold brew was tasty. I had a feeling it would be good.

And I thought you had seen firefly. No worries though. Now you will just have to drink the teas as you watch the show so you can see how you feel about them.

I’m gonna try watching the first episode once I’m done making my (very late) supper. But yeah, I thought that since I haven’t seen it there could be some fun in drinking the teas as I get to know the characters. I think I’m going to be prejudiced towards Zoe though; I took one whiff of her early today and couldn’t stop scowling (except for when I was sneezing) – way too much ginger. Funnily, I thought Inara smelled awesome. That’s probably what I’ll try first.

Heh. I bet Inara DOES smell awesome! :O
Time for a Firefly re-watch!

Watched the first episode last night and loved it. So far I’m loving Inara, Mal, Simon, Kaylee, and Jayne (mostly because the actor plays my favourite character on Chuck). I want to love Wash because I love the actor, but so far he kinds bores me. Same with Zoe. Haven’t seen enough of River – and just based on the first episode I’m not liking Book.

Yay for firefly! And I love wash though I think Alan tudyk has a lot to do with that.

I am definitely going to miss this one since it was always great. Creamy, nutty, fudgey, and awesome. No matter how long it brews or how much leaf is used, it just works. Simple and delicious.

Did you purchase this one in town or elsewhere?

Roswell Strange, the amazing tea twin that she is, bought this for me and sent it over from Saskatchewan