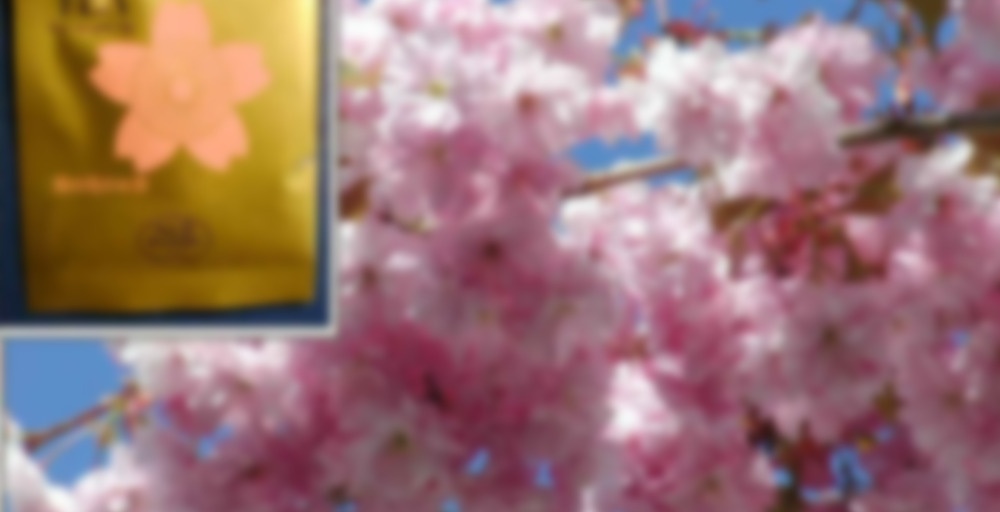 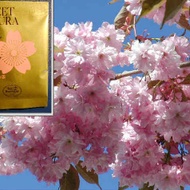 by Tea Boutique
68
You

So, back to samples from Alphakitty! Having a single teabag of something counts as a sipdown, yes? Yeah, I thought so too :D

The tea I’m trying is black tea with cherry blossom essence and leaves (since there appear to be multiple teas with this same name??) Anyhow, the aroma I’m getting (even from the teabag itself!) is very much sour cherry. And stronger than I would have expected! The packet indicated to infuse for between 1-2 minutes, so I went with 1:30 since I’m sometimes a baby with black teas.

Flavourwise, this tea is quite smooth (which is nice since the other two blacks I’ve had tonight were not so much!), and I can definitely taste what’s coming off to me as sour cherry! I see that someone wrote below that it tasted a bit like Japanese pickled/preserved plums (ume?), and I’d agree with that as well. The flavour overall is pretty light, but it’s a bit refreshing, heh. It’s not too light though (I did just use about 6 oz. water though, as teabags are often weak to me). I’m not sure I would have identified this as “cherry blossom”, but it’s certainly a pretty decent bagged tea!

Thanks for letting me try it, Alphakitty!

Most Green teas could always use something after you’ve had alot of green tea to drink. And this tea does the Cherry Blossom justice, bringing out its natural flavor and sweetness. As soon as you open the tea packet I picked up floral notes, but the full magnitude of the Cherry Blossom was obtained when I brewed it. It is such a sweet and refreshing flavor, as opposed to a regular green tea.

This is one of the most unique tea experiences i’ve had so far! an old friend of mine that lives in Japan gave this to me on her recent visit to the states. it is only cherry blossoms, no added green or black tea. the cherry blossoms smell strongly of umeboshi plum, which is a pickled Japanese plum (actually more similar to an apricot). The smell hits you as soon as you open the package. I tasted the leaves before steeping and it tastes almost exactly like an umeboshi plum! very, very salty and tart, and sweet. a very strong flavor. The resulting tea itself smells exactly as it does before steeping. it has a very faint taste of pickled apricot, or perhaps pickled raisin. a very strange taste!! Not sure that this is something I’d want to drink all the time, but it is a fun adventure. the blossoms look beautiful while floating in the water!
for a few pictures, go here http://teahappiness.blogspot.com/2011/01/unexpected-tea-gift.html

I got this with the green tea as opposed to the black tea. Tea is very sweet without adding honey. I added a touch of honey however cause i have a bit of a sore throat. Very smooth and floral without makingit seem like i’m drinking perfume.

I’ve seen three versions of this tea; a black, a green, and “cherry blossom.” The only one I’ve tried so far is the cherry blossom. The flavor is very delicate, but enjoyable and nicely balanced. It has the blend of sweet-saltiness that I typically associate with sakura mochi. I think it would go well with a mild (not too sweet) omochi.

I purchased two different kinds of this tea, and since there seem to be reviews on the various types under this one name, I’ll do the same and make notes for both under this.

BLACK: Purchased from Mitsuwa marketplace in NJ awhile back, and it was extremely inexpensive. I want to say, like 3 bucks for a box of eight bags or so. I’ve never had a sakura black, but it was displayed along with the sakura green and blossom-only teas so I decided to pick it up at the same time. It’s obviously floral, but with a light, mellow flavor that at first didn’t impress me much, but then grew on me. The black tea isn’t really recognizable, but I do like it better than the blossom-only tea. Nice to relax with on a spring evening, since it’s such a gentle taste. I’m enjoying it, but I probably won’t get it again since there are so many other sakura options out there. Very nice tea to try, though!

AND, might I add, yes, the cherry flavor is quite present, and very natural. Every time I drink it I like it more. Not bad for a cheap, bagged tea.

BLOSSOM-ONLY: Well, I’ve yet again managed to surround myself with as much sakura as possible. Currently sitting on the dining room table is a vase filled with beautiful, blossoming cherry branches. I’ve got sakura incense going. So why not complete the picture with the sakura tea that I’ve got left? I know I’ve drunk a bunch of it before, but for some reason never wrote a review before. That’s too bad, because I think this tea is too far gone. I had trouble even getting the blossoms out of the pouch. Not a good sign. I brewed a cup per the instructions (place tea in warmed cup, put in 4 oz. of boiled water, cover, wait one minute), and although gorgeous, with the blossoms opening up and floating around the cup beautifully, it tastes like almost nothing. Just a very faint, sickly, floral scent and taste. Kind of like cherry blossom dishwater. Blech. That’s probably all on me, as these pouches have been around awhile. The black tea was SO much better.

Feeling ill and decided to try the plain version of this tea. (I’m guessing at this since it seems my version varied from some of the other reviews.) Surprisingly subtle yet requires no sweeteners to make it drinkable. I accidentally boiled the water and forgot to take my tea holder out and this tea was extremely forgiving as there was no bitter flavor for over brewing.

The tea leaves were wet, which surprised me, thinking, initially, the leaves were compromised.

This tea will become part of my rotation of teas, especially when my stomach is upset. There is a “soft” texture while drinking, for lack of my ability to think of better terminology at this point in time. Something I figured I should mention for anyone that is sensitive to textures.

I was skeptical when I got this tea as a gift, convinced that I couldn’t liked it . I usually don’t like flavored teas and I expected something strong and astringent . That was wrong: it is a flavored japanese black tea with delicate floral and sweet notes of cherry petals . I taked a bag in infusion for 1-2 minutes and around 100 ° C; even if you slightly bit lower with time you will not taste notes of astringency . I will not buy this tea after finishing all bags ’cause for my tastings , but it was a real pleasure trying this particular flavored tea made ​​in Japan . I recommend this one for who can really appreciate flavored teas. ____

I absolutely love cherry blossoms, especially in tea! This is a delightful tea. It is sweet and not astringent. I love the slight cherry and floral tones in this tea. It is a good blend.

I bought this tea from a Japanese market on the recommendation from a friend. Flavor is weak, and the cherry sweetness does not harmonize well with the black tea.