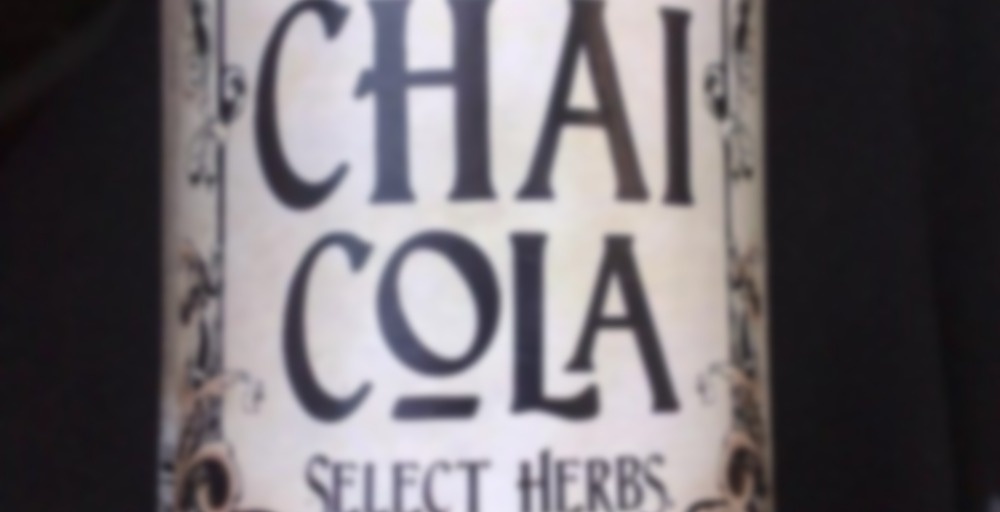 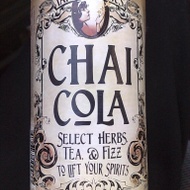 by Taylor's Tonics
73
You

Ooh this is on here!

I haven’t been drinking my tea lately :x I’ve been wasting my time with Black Bear Lab stuff. I started making wax melts today! Surprisingly it only takes about 40 minutes to make a round of them. I’m thinking of participating in a friend’s old elementary school’s fall festival next month because etsy isn’t doing much for me. I first need to see if I can not work until later that day in order to do it.

I was really wanting this stuff, but I didn’t know where to find it. World Market! I wasn’t expecting to like it very much, but it’s SO good. I think it was $6 for a four pack, which isn’t bad at all. This is tasty stuff worth $1.50 a bottle.

It actually doesn’t taste that much different from a real cola, which is incredible when you look at the ingredients. They infuse the water with black tea, ginger, cinnamon bark, mate, cardamom, and clove, all organic. And then you’ve got the usual sugar, spice, caramel coloring, and a hit of caffeine.

So basically it’s like cola made with a chai black/mate blend! And that is really cool. I’m going to definitely pick up the mate mojito soda when I go back to cry over all the owl things again. If I hadn’t already put a black cat bottle of wine (seriously!! http://files.myopera.com/slackwrdave/blog/black_cat1.jpg) I probably would have gotten it. But it’ll have to be soon.

Definitely pick some of this up if you see it anywhere! It’s so good!

Your lip balm is very silky! My daughter and I are enjoying it! Hope you find a great venue for sales soon.

Thank you! I was hoping the sponsored ads on there would help, but it’s not even remotely close to my weekly budget after 5 days. It also picks the weirdest keywords instead of ones I actually put in. You can remove them, but you can’t change them. It’s annoying.

Momo – I have been an etsy seller for awhile and a lot of it has to do with networking and time of year. I get a lot more sales around the holidays and oddly, September (I think there are a lot of birthdays). Joining groups did get me more views when I was a new seller as well.
It also helps to write your tags thinking about what people search for, and once you are established the stats page will let you know what people search for the most when viewing your items.
Also, I do know a lot of etsy sellers make more money by visiting craft fairs. For me, it’s too much of a time/money investment so I prefer the bit I get on etsy every month.

Hope that was helpful and not information overload!

Totally appreciated! I joined just the Atlanta group, and someone invited me to one earlier but I only saw the email on my phone so this reminded me to go check it out.

My mom and grandma used to do craft shows when we lived in Illinois, and it just never worked when we moved south. It’s made me a bit apprehensive about craft fairs because they weren’t selling things that were like, strictly northern. Wreaths, painted woodwork things (lol, my best description..wow), they did predominantly fall/winter stuff so I have an advantage there. Atlanta is far different from where they live now so if there’s a place where I can give it a try at a low cost and little amount of time (this festival only lasts four hours for instance) then I’m in!

I have a GREAT friend who advertises for me practically every day on Twitter, and a couple people who I know from various online groups and have tried it out have been good on posting but it hasn’t translated into any sales as of yet. But that’s why I set up a Facebook page, because it has translated into a couple likes and eventually there may be a post showing up on their feed that turns into a sale!

Hmm that team is for a sampler box. I’d have to send in things and hope it pays off. They have sold out of every box they’ve done though.

It definitely takes time to get started and I’m sure the facebook page and recommendations from friends will translate into sales.
A couple things I forgot to write last time:
I tried the sponsored ads and they didn’t do much for me either so I’ve stayed away from them since then.
An example of good tags: organic lip balm, flavored lip balm, etc. I try to think of what people would type into google.

I’ll try changing some out with flavored. I also signed up for doing two of these sampler boxes next year, once in March and once in November, since they definitely have a good following.

This tea sounds super yummy! I am officially on the hunt for it. :) And please keep me posted about Black Bear Labs. I want you in my holiday guide. :)

From Stewart’s Point General Store on the PCH (hwy 1 N). Will add photo of label when I get back on areal computer.

This is good stuff, I would consider buying a case. Helped settle my stomach after my husbands driving, and steel me for my turn.

So, where are you on Hwy 1? I know it get’s twisty! OK got it, 20 miles west of Healdsburg (one of my favorite wine country towns!!! and just south of Fort Ross where you should stop and visit! An early Russian Fort during the exploration days of California! Winding roads (scary too) indeed!