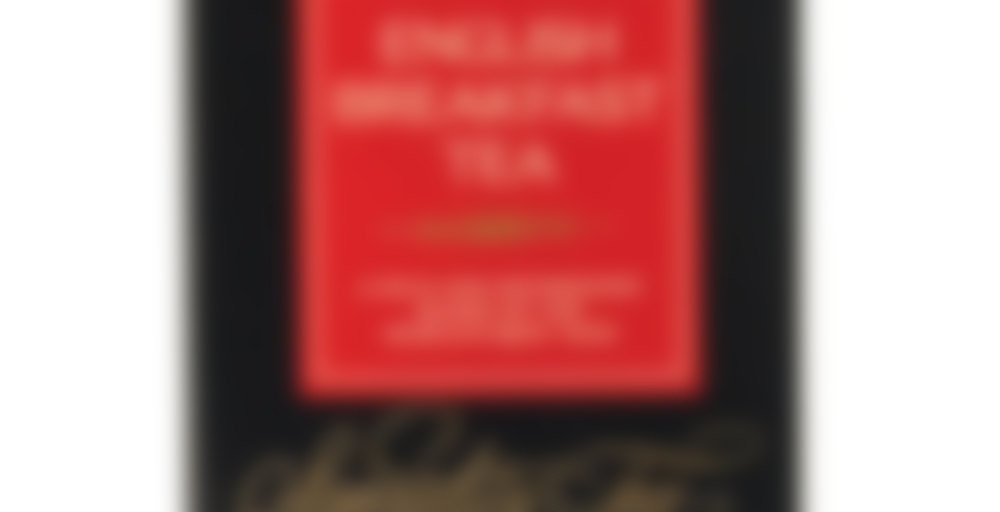 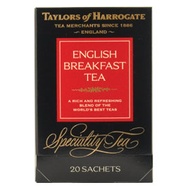 by Taylors of Harrogate
64
You

This much-loved classic is our special blend of teas from two of the world’s most famous tea growing countries, India and Africa. The taste is full-bodied, rich and refreshing, with a bright, inviting colour, making it the ideal tea for enjoying not just at breakfast time, but also at any time of the day.

Today is day 16 of my sipdown extravaganza, with only 5 more sipdowns to go to reach my goal of 100 sipdowns, but I spent the day at the Ritz Carlton, away from my tea collection. I had to set up pretty early from the Bridal show, with a couple of hours to kill, so like last year, I treated myself to breakfast. Sadly, this year the food was disappointing, & the service was even worse. This is the tea they serve, & it was ok. Not a bad cup, but no real character to it. I drank 2 pots. It took 10 minutes for the first pot to arrive at my table, & I have no idea how long it had been steeped. It took even longer to get the 2nd pot.

This is the black tea provided where I stayed with Kaliska during Dragon*Con, at the Ritz-Carlton in Atlanta. I took it with me, and am just now giving it a taste.

It smelled promising when I took the bag out of the packet and sniffed. Like a strong, clean tea. Upon tasting, it has a nice malty, almost savory taste that lingers in my mouth. It’s pleasant and smooth, but unremarkable. Not the best black bagged tea I’ve had, but there’s not really anything wrong with it.

The packet said that it’s a blend from India and Africa, but it tastes like a plain old Assam to me.

Who knows where this bag came from? It’s in my work stash…so quite possibly, one of my coworkers tucked it in there, but when it happened, I’ll probably never know.

It’s actually pretty darn good! Usually I like my bagged black teas flavored, but this is one that I could readily drink. In fact, this cup has went rather quickly. Don’t know if I’ll pick a box up if I see it, but definitely would drink it at hotels/restaurants if it were available.

Had this from a hotel room I’d stayed in a year and a half ago, so I figured it was about time I drank it. It was my first cup of the day, which is usually not conducive to a clear-headed tasting & review (even the “gently pull tab to release string” gave me problems). Brewed up it had a tangy astringency that was still present after 1 teaspoon of sugar was added. I drank it with my morning toast and didn’t add milk until I was almost at the bottom of the cup.

In sum: I drank this and thought it was decent but wasn’t paying enough attention to really say anything about it.

This is one of the last in the sampler I received at Christmas. I kind of knew going in to this mug that it might not be for me. As I’ve said before, I’m not a fan of things that are malty. Definitely a strong malt taste and bitter aftertaste. Steeped for just under the recommended 5 minutes. I think if I was to drink this again, I definitely would try doctoring it with some milk and honey. The rest of these bags will be tucked into the “rest of the family can try” drawer.

I liked this a bit better this time than last time. Still just a standard English breakfast. Maybe I brewed it a bit more because I remember it being a bit thin, and it’s fairly robust this time. Perhaps forgetting about it was a good thing this morning!

Taylor’s make my favourite bagged teas I can get over here in the UK. I might be biased though, because my cousin works for them. (:

Pretty good for a bagged tea blend. Has a pure taste—no additional flavors outside of the black tea fannings used in the blend. I can taste a bit of maltiness to the tea—not unusual for black teas sourced in India.

It was a gift and I enjoyed it, but don’t know if I’d go out of my way for it again.

While reviewing prior tasting notes for this tea, I noticed that the previous reviewers ended up drinking this tea during hotel stays. I am no different in that regard. I returned from a week long conference at the Marriott Griffin Gate Resort and Spa (nice hotel btw) in Lexington, KY yesterday evening. While there, I spent a great deal of time consuming complimentary glasses of Taylors’ Earl Grey, Pure Green Tea, and English Breakfast Tea. Each was the bagged version, and in all honesty, I came to the conclusion that Taylors of Harrogate does bagged teas pretty well.

I prepared this tea using a one step Western infusion process. I never attempt to resteep tea bags. I steeped the tea bag in approximately 8 ounces of adequately hot water for 5 minutes. I have no clue what the water temperature was.

This was far from the worst bagged English breakfast tea I have ever had. While it may not be something I would go out of my way to acquire again, I would drink it with no complaints in a similar setting. Of the three Taylors of Harrogate bagged teas I got to try over the course of the past week, I found this one to be the middle child of the bunch. I did not like it as much as the Earl Grey, but I liked it much more than the Pure Green Tea (I normally hate bagged green teas). In the end, I would say that this is a decent bagged breakfast tea. Hopefully, I will get the opportunity to try the loose leaf version of this in the near future so I can compare the two.

This is the second try on this one. I found both the English Breakfast and Scottish Breakfast sachets at the grocery store and figured I’d give it a try as a cheap desk drawer offering for those days I need tea but don’t have the time to make a more quality mug up. I do like their Yorkshire Gold on occasion as a cheap tea option, so I figured I didn’t have much to lose trying these.

The first go of it, around a month ago, I found pretty lacking. Not much flavor. No real distinction. No real impression made. I didn’t steep it long, knowing that Yorkshire Gold goes bitter on a dime.

For today’s second round, I steeped an English Breakfast bag and a Scottish Breakfast bag together in my big mug, and I steeped it for about six minutes. It didn’t get bitter, but the longer steep didn’t pull out any more flavor, either. I’m still not impressed. The best word I think I can use to describe it is “muddy”. There just isn’t any nuance to this tea at all that I can discern.

I think I might “donate” it to the cupboard down in the lounge at work and stick to Twinings Irish Breakfast as my go-to desk tea for when I have no real time to do things up right.

This was part of an assortment gifted to me from friends. Not a bad tea. Not wonderful, like I think I need to go stock up on it. But if I was travelling and this was one of the selections at a hotel breakfast, I would have no trouble choosing it over some other breakfast teas.