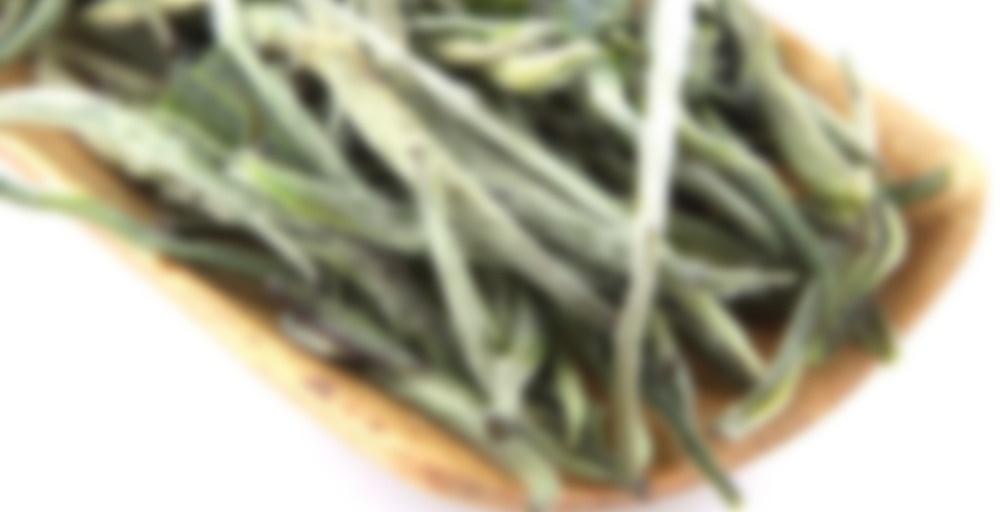 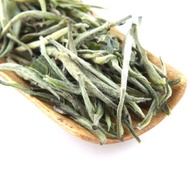 One of China’s top teas, this yellow tea is given to visiting diplomats around the world. Jun Shan Yin Zhen hails from Junshan Island in the middle of Dong Ting Lake in Hunan Province. The tea gardens are surrounded by flowering trees, adding to the natural floral aroma of the tea.

Jun Shan Yin Zhen has an initial toasty flavor. The toastiness lies gently on your palette for only a few seconds before the floral and fruity notes come through. This full-bodied tea is thick and well-rounded while remaining soft and gentle.

These steeping directions are for a traditional Gong Fu style tea. If you are brewing this tea in a regular cup, we recommend steeping for 2-3 minutes. This tea can also be re-steeped 4 times.

Was caught offguard at how toasty, almost smoky this tea is in the first steep. It’s not that strange every-tea-type-all-at-once-coming-out-a-wash flavor and odd darker color the Zen Tea Yellow Bud was, more like the delicate nature of a white tea but an assertive top note more akin to smoky Chinese black tea and the sweet fullness of a Chinese green. Huh! Rather nice.

Huh, interesting. I think I’ve only had one yellow tea, and IIRC it was sort of a cross between a green and a white. Not really to my taste, but this sounds interesting.

i had one yellow tea ages ago..i think it was from harney that blew my mind. and then it was never restocked and i forgot where i got it from..and since then all yellows have been pretty meh. teafairy sent one to me so i’m hoping that changes my stance on yellows heh

I can’t make heads or tails really of yellow tea because I’ve tried maybe four from different companies and they haven’t been remotely similar. It also seems yellow tea is pretty rarely exported and perhaps some of what I’ve tried hasn’t been actual yellow tea, not sure. But one was really dark and then tasted like a neutralized mix of every tea type, one was as close to the color of plain water as tea could be and very light but DELICIOUS, like being in a summertime vegetable garden, so good, this one was toasty a bit like a Wuyi oolong, and one was pretty much the same as a white tea. I really have no sense of what a yellow tea profile is, ha.

TeaNecromancer
921 tasting notes
Unexpected thunder!! Here I am, relaxing at my tea/blogging/painting corner, basking in the glow of just redoing the area and installing my much better desk…and then a flash and BOOM! I had to go take a look at the radar and there is a nice little storm right on top of me, with a nice squall system heading this way as well. Yesterday was stormy and this evening is shaping up to be the same, which fills me with great happiness. See, I love autumn, but it signals the death of storm season (well, unless a tropical storm gets really lost) as the seasons change the weather will be turbulent, but after that probably no more storms til next spring. This year’s storm season has been epic, one that will live in my memory for years, a lot of firsts and just outstanding storms. Well done (insert storm deity of choice) an excellent year.

Today’s tea comes from Canadian company, Tao Tea Leaf, it is Jun Shan Yin Zhen Yellow Tea-Top Grade. This is the fancy stuff, frequently appearing on the shifting list of China’s Top Ten Famous Teas, it hails from Hunan’s Junshan Island in the middle of Dongting Lake, a very scenic lake with some interesting river goddess and hidden underwater castle legends. Why is it that almost every culture has magical underwater castles with mysterious hidden entrances that only open once a year? As someone who makes it a hobby of studying mythology and folklore, I promise you, this one shows up a lot! Ok, about the tea, need to prevent myself from going on a mythology synchronicity rant, the aroma of the adorable fuzzy leaves is soupy! Seriously getting some strong vegetal broth from them, with notes of celery, sauteed bok choy, a touch of smoke, a touch of very distant flowers. It starts savory (seriously I want vegetable broth and a big slab of crusty bread to dip in it now) and then finishes with a gentle sweet snap pea note.

So, steeping time! I did this tea a few ways, but first off the typical gaiwan approach with 175 degrees water for 30 seconds, my usual approach to green and yellow teas. The aroma of the now thoroughly moistened leaves is savory, notes of bok choy, asparagus, celery and a general vegetal broth waft with the steam from the leaves. The liquid is a fairly light pile of vegetal notes, lettuce, bok choy, snap peas, asparagus and a touch of green beans. It balances savory and sweet green notes fairly well.

First steeping starts smooth and a touch tingly from the fuzzy trichomes on the leaves, the taste is fairly mild. Starting with a blend of floral notes and lettuce, then fresh and savory vegetal broth and asparagus, and a finish of snap peas sweetness and a tiny bit of turnip greens. This is a very green tea, and pleasantly fresh.

Second steeping brings out a stronger aroma, very vegetal and green with a slight sweetness and a bit of smoke. The taste is very similar to the first steep but stronger, it is never bitter in its greenness, just delightfully savory and sweet in its greenness. If you are a fan of vegetal teas then this will be a delight. The third steep was pretty identical, I felt like this tea was hiding something from me, so I decided to experiment.

Ok, time to start over, I brewed it at 195 degrees for 30 seconds, living dangerously! Though some delicate greens and yellows can handle it, problem is knowing which ones can take the heat is trail and error, sometimes you get a mouthful of bitter death, other times you get a real treat. So, how did it go? Well tea friends, I am a jerk, Ben came home from work right as I finished pouring from my gaiwan, so I tested it on him, as he goes for a sip I tell him how I brewed it…he paused and said something along the lines of ‘that sounds like a terrible idea’ but being the trooper he tried it anyway and handed me the cup while saying it was surprisingly sweet. So I then drank it and wow, he was not trolling me! It is still vegetal, but mostly a mouth full of sweet snap peas and a bit of edamame, it is like vegetal nectar, a phrase I never thought I would say. I went through several steeps at this temperature and was rewarded with unchanging sweet snap peas.

Last thing I did on a whim, I brewed it in my travel steeper, it was green and sweet, though sadly went toward the vegetal bitterness towards the end, so I would say stick to the gaiwan for this one…at least that is what I will do. Because this is not a cheap tea, $1 a gram, definitely a tea you want to sick to the brewing method that works for you when you find that sweet spot.

For blog and photos: http://ramblingbutterflythoughts.blogspot.com/2015/08/tao-tea-leaf-jun-shan-yin-zhen-yellow.html

Hey Amanda, the review posted twice in one post ;)

Fixed it! Thank you! My internet has been wonky lately…so I am going to blame that ;)

This was my first and only Yellow tea. I didn’t expect the smokiness, so was quite shocked. I expected it to be more gentle… in between green and white, but it was quite strong and smoky. It wasn’t terrible, but not a big fan so far, but would like to try other yellows for comparison.

I’m not a fan of smokey yellow tea either. Sometimes it can have a more nutty taste, like a Dragonwell. I really enjoy those types of yellow tea!