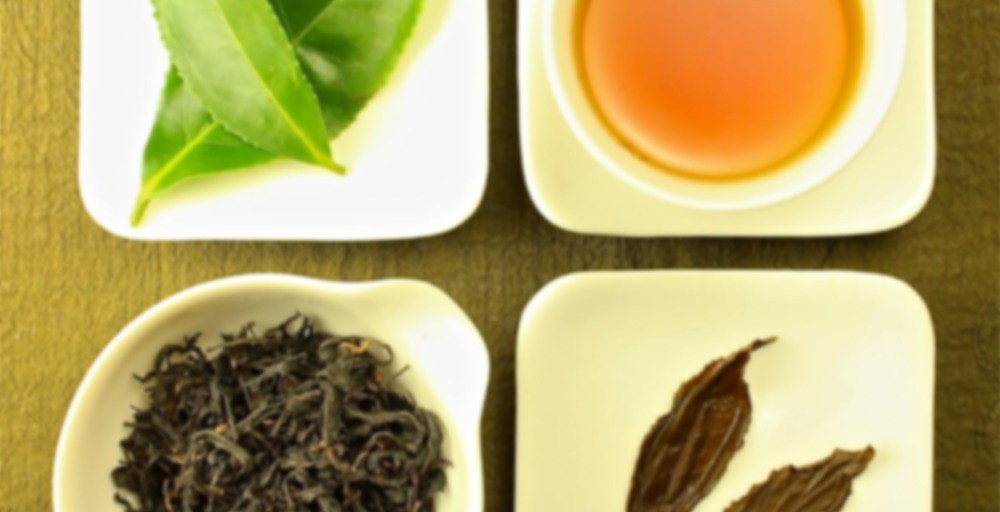 by Taiwan Tea Crafts
78
You

One of the advantages we have when going into the mountains to look for teas is that we are always ready to consider smaller lots that may be overlooked by many bigger buyers. This is one of them. So, I’ll emphasize again, it’s in very limited supply (and, please buy some before we drink it all!). This is so good! Imagine the fruitiness of a Taiwanese Black Tea morphed with the exuberance and generous aromatics of High Mountain Oolongs and you will have an idea of the quality of the experience this tea delivers. It has a nice citrusy attack that develops into deeper notes of stone fruit compote with an envelope of wild honey smoothness and complexity. The ending notes are all velvety and long-lasting. The depth of the flavours and generosity in the aromas tells us we are in the presence of a superior tea. It’s beautifully crafted twisted leaves reveal even and near perfect picking of Cing Xin. A few (bug) bite marks here and there will give off that this is a Mi Xian tea (Mi Xian means honey aroma). Mi Xian teas are part of this uniquely Taiwanese list of “Beauty” teas that receive the unique contribution of small leaf hoppers that are partly responsible for the honey flavour and thickness of these special teas. To be experienced!

Had a couple delicious cups of this with dinner – staring at the fire, watching the sunset over the lake. Glorious!

Goal #1 (start pot of stew) is complete! I’ll add things to it as the day passes, so that by evening it will culminate in a very large pot of stew that can be eaten for dinner & savored over the weekend as well. My next goal? Get outside & plant those 4 elderberry bushes! I’m still a little sketchy as to where I’m planting 2 of them, and I need to remember that from now on I should choose a place to plant something first, then decide what to plant there & get the plants. My previous method has been to buy a bunch of plants, usually on a whim, & then frantically scramble to figure out where they should go & get them in the ground. Experience is teaching me that is not the best way to do things, but I am admittedly a slow learner…sigh…

About a year ago Sil & I placed our first Taiwan Tea Crafts order together. We had a great time on FB together, drooling over the TTC website, discussing the teas we wanted, & I pretty much gave her free rein on whatever sounded good to her. When she got the order, she split everything up & sent me my half. It was glorious. The teas are delicious, and even though we got them in small quantities, I’m still polishing mine off.

This one is a rich infusion of honey, sweet woods, stone fruit jam, & coriander, with a lingering incense quality. I’m sorry to see it go. Sipdown – 395
Now out to the garden!

yeah i’m sticking to 25g samples from now on i think haha. bigger bags take so long to drink up! even if they are tasty!

I do the same thing in the garden. I see things at the nursery/garden center and go"Gee, that’s pretty!" and have no idea where i will put it. :p

oh I do the very same thing with plants. I even select spots, then in the garden center I get confused and get more and different plants than I meant to! The tea sounds wonderful too!

I was interested to try this one because I’ve only had one other Mi Xian, from Butiki. I like that one, although it’s not quite my style of black tea as it is very inherantly fruity.

This one is fruity to the MAX. It’s amazing that a tea can be so fruity naturally. Definitely getting similar notes from this as from the Butiki version, which I described there as “cooked, honey-covered peaches”. I think that description applies to this one as well. There is a bit of a zing to this one; not bitterness/astringency, but a slight tartness or tanginess, like the slightly sour skin of a plum against the sweet flesh. Really, objectively I can see that this is a really fine tea. I just don’t crave this kind of fruity black tea. I am, however, enjoying this cup and I’m glad I tried this one!

This is another sample from Sil. Thank you so much, you sending me these teas has saved me money. I would have ordered these, and from what I’ve learned today, that would have been a mistake. While I adore Taiwan oolongs, I don’t think I’m a fan of Taiwan blacks. I did order 3 last night using the Easy Tea 20.00 off deal. If they are anything like these, I will try them and then pass them along to others.
This is a miss for me too. I don’t get it. Bland boring, I’m not getting the fruity notes others are talking about. I think I’m a bold Chinese black kind of girl and these Taiwan ones are more subtle, too subtle for my tastes. I liked this better than the two Butaki ones I tried, but this too will not be my tea of choice.
Thanks Sil for the learning experience.

So I had this one on Sept. 1st which marked exactly a year since I moved to Saskatoon. Man, it does NOT feel like a year has gone by. Not even close. I’m starting to understand the saying “time goes by faster when you’re older” or however it goes.

Thank you VariaTEA for the sample; I made this one in my timolino with a little bit of milk to take with to my friend Robyn’s. She got back into the city on the 1st and I helped her set up/move in to her new dorm room. It’s actually really nice; much nicer than the one she had last year which was basically just a teeny little room with two beds and dressers in it for her and Casey, her roommate. This one is an apartment style dorms and is really roomy! There are four bedrooms for the four of them, two baths, and a kitchen/dining area and small living room. Plus everything looks really new, like the building was made pretty recently. Very shiny.

One of the coolest/most awkward things in the place was this pillow in their living room that one of the roommates brought. It took forever for me to notice the details on it, but once I did I could NOT unsee it.

And because Robyn and I are so mature, we named the five different penis designs. The names we so carefully selected were: Salvador, Ron, Howard Wolowitz, Peaches, and Mr. Turtleneck. It was a fun time.

Robyn’s roommates all seem really cool too; I’ve obviosly met Casey before but not the other two she’s living with now (Tannis and Taylor). They seem like my sort of people; they are in many of my fandoms, are Tumblr kind of people, have a tea cupboard (admittedly it only has DT blends in it though) and spent the whole evening watching The Hobbit and making over the top jokes about the homoerotic subtext between Bilbo/Thorin (among others). Good times.

But the tea; I actually shared this one with Robyn; she said it was really good but didn’t elaborate on what she liked or disliked about it other than that she probably wouldn’t have added milk, personally. I thought it was really good; very silky and smooth. The black tea reminded me of satin. It also had really rich milk and honey notes. Mmm!

That site turns on my inner nerd <3

Is Mi Xian a type of tea? Or a place where tea is grown? I only ask because I can only recall having one other Mi Xian tea (Butiki’s) and I am really not a lover of either. Not that I think they are bad teas but I don’t enjoy the flavor profile as much as I have some other black teas. I find myself wanting some more malt and dessert-type notes but instead it is more flat and with a touch of fruit at the end of each sip. Nonetheless, thank you Cavocorax for sharing.

Hey! I drank this last night too! :) Tea twin fistbump!
And I was wondering the same thing? I noticed this one was similiar to Butiki’s but I really enjoyed both. I think I taste honey, but geez, I swear I taste honey in most black teas. :P

Haaha. At least honey is a nice flavor.

I like this tea. I really do. I had 3 cups of it today at work and it was just what I wanted. I tried to drink another tea in-between steeps but it intolerable (especially next to this beauty) and was dumped quite quickly. This one is just dark and rich, and slightly sweet, and fruity. Like a juicy plum? I definitely want more Mi Xian – whether from TTC or Butiki. It’s great.