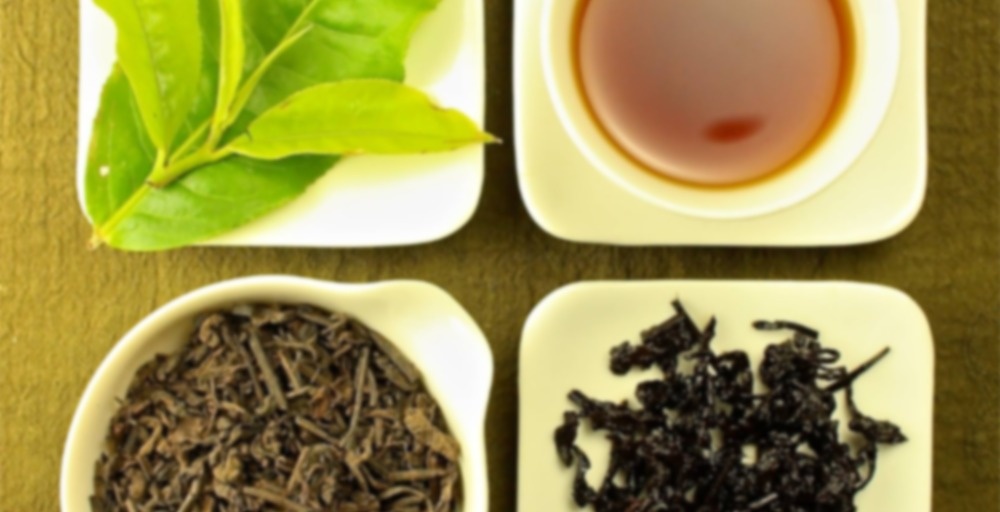 by Taiwan Tea Crafts
74
You

We’ve made this very unique find while visiting one of the longest established Black Tea makers in the Sun Moon Lake area. I always end our tasting visits by asking him if he has any special teas he keeps in his cellar. This is the tea that came out of the hat that day… As soon as boiling water was poured over this tea I knew we were in for a treat! Our nose was enthralled with a unique whirlwind of inviting aromas that were familiar and yet completely new to me. In fact, it was more so the combination that was unique. There were hints of jammy fruits typical of Taiwanese Assam black teas and, at the same time, complex wood notes and sweet earthy tones that evoked aged teas, and all of this blended in so well together! The mouth was also very content! For those of you who’ve had the pleasure of tasting good Liu Bao, you will be in familiar territory with the velvety smoothness of this tea and its root vegetable sweetness of beetroot and sweet potatoes. But, again, it’s unique Taiwan character shines out in its exuberance and generous personality. This tea is a concentrate of warm earthy textures and very persistent in the aromas and flavours it delivers. This tea will last many infusions. And if you wonder if aged black teas are as good for your health as Pu’ers, but of course they are! But let’s keep that as a secret between us since this lot is of very limited quantity and at this price, it’s a steal!

If you take those sun moon lake taiwans I was sampling earlier this morning & age them for 30 years, this is what you get! The flavor is of roasted carrots & beets, sweet, rich, & very very different!

But definitely no something I would crave. I will say this though, the leaves can be re-steeped over & over & over again!

agreed on this one..though ai will love having this one to at least have experienced it

Sooo i’ve been sitting here for a bit. This is more of a story, than a true tasting note. I haven’t had much tea today but after the events of the day, i knew i wanted to end the day with something a little special. I don’t have many teas that i horde – i’ve gotten much better at drinking the things i love, when i want them. So i had to dig a little to find a tea for today. What struck me about this one was that it’s an aged black tea. 30 years in fact.

So tonight, i’m celebrating with a new tea type, that I haven’t had before (that i can recall, so it totally counts) and with something that was aged for 30 years. Here’s hoping that it’s a great beginning to things that will last.

What the heck am i talking about? Well today marks the day that my other half proposed. Yep. Our anniversary happens to fall on international talk like a pirate day (today) and he opted to pick today to celebrate our four years together – looking forward to hopefully, at the very least, another 30 together. I can only hope we’ll age as well together like this tea.

This is earthy but really smooth…and the more i drink it, the more the flavours seem to be opening up. i am much in the moment. drinking this tea and contemplating the future.

thanks… i can’t tell anyone on FB yet, so i have to limit my excitement to here for the most part until i can get around to telling other friends/family lol

Haha! We got engaged last December, but weren’t actually home until July and I waited to tell a bunch of people then.

lol i’m probably not going to tell my parents for another 4 weeks…we’re going on vacation with them in october…so i think? i can wait haha

oh my gosh! congratulations! I remember feeling so giddy when my fiancé proposed, and I hope whatever feelings of happiness and giddiness and love and excitement you have will last and last and last.

Congrats Sister! So when are you guys actually getting married?

And thanks everyone… I think I’m still in shock lol

Arrrrr!Stay together or walk the plank me hardy!

Congratulations! hugs you So when he did it, did he do it like a pirate?

thank you everyone…still in shock lol

Another sample from Sil. This is a pretty interesting aged tea. Much sweeter than I’m used to! Still very earthy, but not fish at all. I’ll make it through a few more steeps, but I still haven’t developed a love for the aged teas yet. Thanks Sil for letting me try it!

Yeah, this one was interesting, but not my thing. It reminded me of beets.

Yep…we’re all on the same page lol

Cheap old tea! This 1982 tastes like a liubao and not Sun Moon Lakey anymore. It is musty old water logged books, ash, charcoal, wet stones and more must. Ride this tea a long time and it cleans up to sweet, mineral and camphor.

I really didn’t like the thin body on this one and I was really unimpressed my tea was very twiggy and had a rock in it. But hey, it’s $5 and 1982, what did you expect?

This tea elicited a rather odd response from me. Dry leaf aroma was dirt, but the wet leaf aroma and flavor was another kettle of fish. Well, not fish exactly… So here’s what happened: I’m sitting in my office, and I take one sip of this tea, and for some reason I hear myself yelling aloud “BEETROOT!, BEETROOT! BEETROOT!” whereupon a malevolent looking beetcreature dressed in black and white stripes arose from my office floor. Spewing black tea from its giant maw, its head spun around 360 degrees, and it looked me dead in the eye and yelled “IT’S SHOWTIME!” So anyway I gave him the tea and thankfully he went away.

TL;DR: I’ve had black tea about 167 times and it just keeps getting worse every time I drink it. /end pop culture references

A shou head in the making…

From the EU TTB

This tea is actually older than me, so I knew I had to try it when I found it in the EU TTB. It reminds me of a pu’erh in both scent and appearance, having that clumpy leafed look like it’s been broken off a cake, plus a mildly dank scent. I used 1 tsp of leaf for my cup, and gave it 3 minutes in boiling water. The resulting liquor is a medium red brown, and the scent again more reminiscent of a pu’erh than a black tea. It’s kind of woodsy and damp smelling, like a walk through a forest after a rain shower.

To taste, the main flavours are wet wood and damp earth. The initial sip is, again, very reminiscent of a pu’erh, with that almost characteristic note of decay. It’s quite a gentle flavour, though, and very smooth, and ultimately I found myself not noticing its rougher edges as much. A hint of beetroot like sweetness comes out in the mid-sip, which is a pleasant counterpoint to the initially more savoury flavours. It’s a rich tasting tea with a real depth of flavour, very loamy and autumnal, and perfect for this time of year.

I’m not usually a fan of pu’erh or ages teas, but this one’s sitting okay with me. I’ll definitely have to explore Taiwan Tea Crafts a little more once I’ve got my cupboard back under control!

Yay it’s a tea that’s older than me :) Always fun to try mature teas, though I am used to those being in Oolong or PuErh form rather than black.

The raw leaves are small and thin which look sticky and wooden, dark brown in colour and bares a musty, damp, rain, forest sort of smell…or like beetroot. It is rather like a PuErh in scent funnily enough, also getting sweetcorn (like sweetcorn that has been cooked on a bbq and is starting to burn). Perhaps not my favourite smell but I’m still intrigued.

My first few sips reveal an array of flavours, taking particular note of: damp soil, beetroot, damp wood and sweet potato. It’s highly earthy and with some sweetness. As a whole it doesn’t linger in the after taste and nor does it leave me with any dryness. It’s also somewhat refreshing, like clove but just without it’s flavour. A few steeps in my gaiwan reveals more of the sweetcorn flavour.

Honestly….I HATE beetroot! I cannot stand the stuff, never have and never will. This tea tastes just like beetroot, it smells like it too, and that puts me off it a little. I can drink and stomach this tea and tried to find things about it that I found pleasurable such as the sweetness but I am still taken back to the beetroot notes in each sip.

I will reserve my rating for now but I will try it again in the near future.

Beetroot makes me gag….husband can have a sandwich with it for lunch and when I walk in the house at 5pm from work I can smell it and it makes me gag….. so you’re not the only one! And I’m from Russian/Polish heritage ~ what a failure of my people I am!!