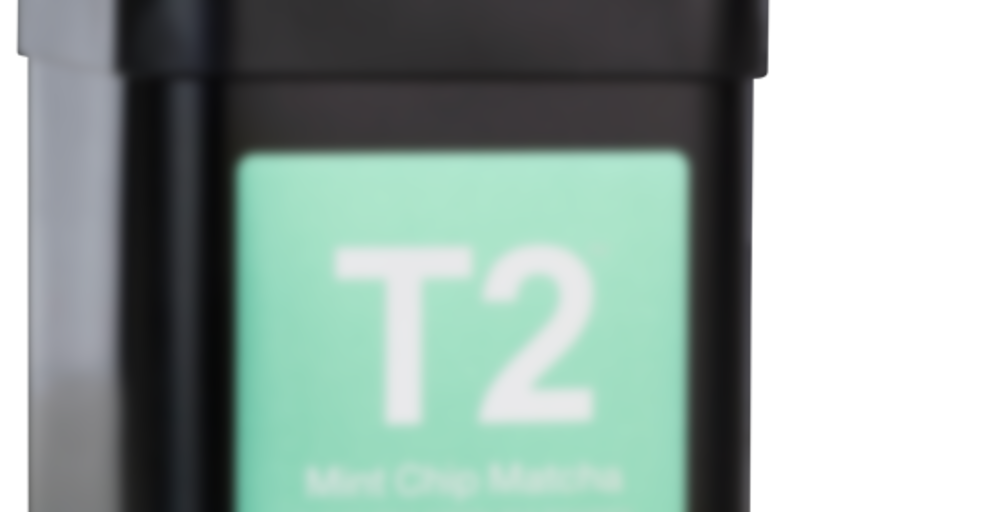 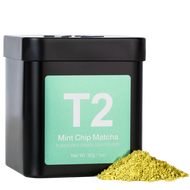 Minty choc and matcha – trust us, this combo was mint to be. Turn your matcha ritual into one overflowing with choccy, minty magic. Plus, we’ve added just a touch of liquorice root – sweet tooths, we got you.

I have tons of matcha that just doesn’t seem to be getting used up fast enough, and since VariaTea uses hers in smoothies, I thought I might give that a try… except, I have never made a smoothie in my life (culinary expert, I am not). I know this should be as simple as looking up a recipe and following it, except… every smoothie recipe ever uses banana, and I have the strongest banana aversion on the planet (perhaps the reason why I’ve never attempted to make a smoothie before). There can be one slice of a nanner mixed with 20 other fruits in a smoothie, and I’ll taste it and gag. So #projectsmoothie is probably going to get very creative, and have some spectacular failures along the way…

For my first attempt at a smoothie, the biggest issue was the dates, which didn’t want to chop up/mix in well at all (and I ended up eating them out of the bottom of the cup at the end with a spoon). But the flavor was very good! The mint chocolate was strong! Maybe just a hint on the bitter side, but in a pleasant way, like the kind of bite you get from really dark chocolate. I didn’t mind it at all, but I suppose that next time I could add more chocolate sauce or Nutella if I wanted it sweeter. But I think I might prefer it this way, I do prefer dark chocolate to milk chocolate. The peppermint had a nice minty flavor, but mixed with the chocolate didn’t come off with a menthol taste, just crisp and cooling. I didn’t really taste “matcha” specifically, but I wasn’t really expecting to and was just glad that both “chocolate” and “mint” were distinctly featured in the smoothie flavors. Good flavor profile, just need to figure out how to integrate the dates better next time!

So, take two this morning. I probably should’ve stuck with the same recipe, but decided to try something slightly different, just because I wanted to “pre-make” the matcha this time to add in (instead of just throwing the powder into the smoothie) so I could taste it sans all the other ingredients to see what it tasted like on its own. So in this one I used one chopped apple, 4 dates (I pre-chopped them into smaller pieces this time… still trying to experiment with integrating the dates as a nanner alternative!), 1 tbsp dark choco chips, 1 tbsp cocoa powder, and 1 cup of matcha latte made with Mint Chip matcha in vanilla oat milk.

I was surprised to find the matcha, made on its own in the vanilla oat milk (a rather sweet milk), had that deeply dark bittersweet chocolate mint flavor, and it wasn’t coming from the ingredients in my smoothie yesterday! So, that’s a win. As I mentioned, I really like that deeply dark chocolate profile. Again, didn’t really taste any “matcha” under that flavor, even when separated as just a latte, but I really did dig the flavor I was getting.

Didn’t like this smoothie as much as the one yesterday, though, so of the two I’ll probably go back to the other (the apple just cuts the choco-mint flavor profile too much, requiring some cocoa powder to help offset, and that covers up a bit of the darker chocolate notes into something a bit more fudgy/sweet chocolately… though in hindsight, this probably was a better “breakfast option” choice.) Still had trouble with the dates, which like to “sink” below the blades of my blender regardless… my blender is old, an 80s monstrousity that is likely as old as me, if not older. If I want to continue #projectsmoothie (and especially if I want to use dates as a nanner replacement) I may have to upgrade!)

Excited to pull out some of my other flavored matchas!

Bananas are pretty fundamental to my smoothies so I can see how that would be a hard ingredient to get around. Honestly though, sometimes I just toss whatever frozen fruits I have into a blender (normally banana and other fruits but I’ve done it with just frozen mango before) with milk, Greek yogurt (or dairy free alternatives to those), and then dump matcha in. I’ve gotten lazy with my smoothie making as yours sound more involved but also more tasty!

Ya, I had to get a lot of creative things that could be used, specifically, as “banana replacements” as that is a big firm “never gunna happen” for me. At least I’ve finally figured out how to get the dates to work! (I have to pre-soak them in hot water from my kettle the night before… the things one with a super-bad banana aversion must go through!)

I was going to say you can make smoothies with ANYTHING and not even give bananas another thought, but you’re already at advanced smoothie levels. haha. Also, you should definitely invest in a Magic Bullet!

Ya, I guess most people require a certain “thickness” but since I’m going sans banana, I am not as fussed about having thinner smoothies… as long as the taste is okay! I did a blueberry muffin one yesterday and finished up my Super Matcha and today I did a Creamsicle one and finished up my Icecream Matcha. I definitely may invest in a nicer blender at this point, since I’m enjoying these for breakfast and know a coworker who could use my old one as a hand-me-down.