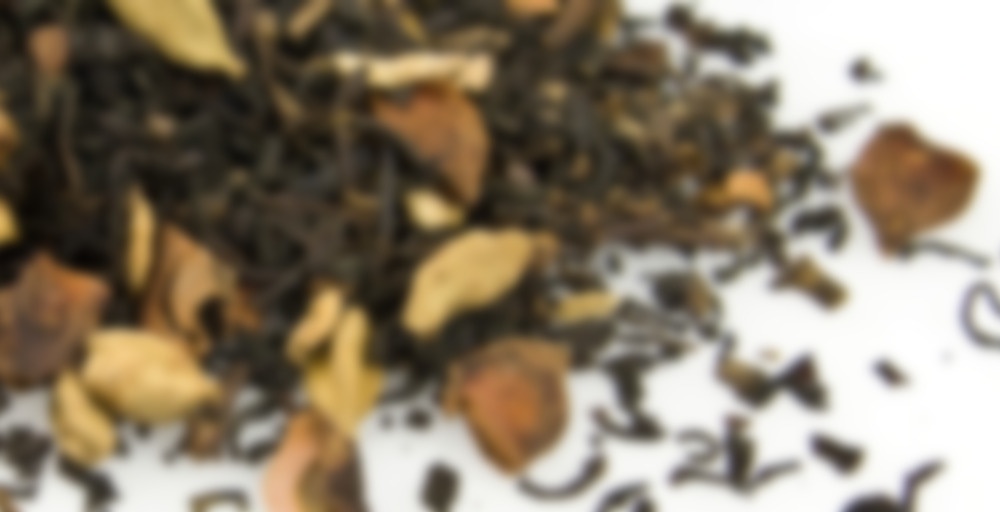 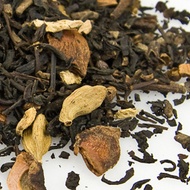 The T2 signature blend inspired by the Indian masala chai is the real deal and a unique classic in its own right. Over a black tea base, bold, sharp cloves and star anise join cardamon, cinnamon and ginger in an assertively spicy mix. Great in winter to warm the cockles, Chai provides a calming boost on even the most wild and woolly day.

Brew: Chai can be brewed two ways. Use 1 teaspoon per 200mls, brew 2-3 minutes in water at 100 degrees for a quick fix. Or for a richer and more authentic taste, brew in the traditional Indian fashion. Place water and chai into a small saucepan and bring to the boil. Remove from heat, add equal parts milk and sugar (if desired) and return to low heat. Simmer for 5-10 minutes. Add honey at end (if desired).

Serve: With milk and sugar or honey if desired.

sipdown! the first time i had this, i forgot to log it. This time, because of my unfortunate experience brewing this with water, i tried it with milk. Sorry to say but this is not so much a chai to me and mostly a mix of cloves…and more cloves and oh hey, some cloves :) The tea disappears with this particular blend and even after trying to pull out a bit of the cloves, it still is too much for me. Thanks for the share though Alice! It’s helping me figure out what my perfect chai might be like :)

Lemme guess… Your perfect chai is going to have … Errr…. Cloves? :p

I might be responsible for some of the excess cloves I’m afraid. When I make it I tend to put some of the cloves back in the jar and since I sent you the last little bit I had… haha sorry, I should have taken some out :(

Even with a reduced number of cloves it is a heavily spiced chai and the tea still gets lost it in. I also didn’t really like that they use ground cinnamon instead of pieces of bark, I think it gives an unpleasant after sensation in the mouth (does that make sense?).

Haha not too worry Alice. And yes I get what you mean with the cinnamon…

I agree, it’s very clovey and spicy (just trying some now and it’s a bit too spicy on the back of the throat).

This is what happens when I make Indian for dinner: I have chai for the next few days. I agree with everyone about the heavy clove in this. It took me a few times to get used to it, but that was a couple years ago now. So it’s been in my cupboard ever since. I know that it’s not my favourite chai that I’ve tried, but T2 is the most convenient tea company for me, especially given Australia’s insanely tight customs regulations. I simply wouldn’t be able to order chai from overseas. Well, I suppose I could order it; I just wouldn’t recieve it. Ideally I’d like to make my own masala chai blend, but I want to make sure I could find the freshest spices before I laid out the money gathering it all together.

In any case, I made a concentrate to go through the next few days. Then I filled my cup with 1/3 chai and 2/3 milk (spoiling myself with whole milk today) a little honey and a little sugar. Despite the way that sounds, it’s not very sweet, but just sweet enough. I finish it off with nutmeg that I freshly grate over the top while the tea is still moving from the stirring. When the nutmeg hits the surface it magically spreads out, looking like a swirling, spicy universe in my cup. What a nice way to start the day.

This is actually my last pot of this tea. Dry it has nice dark leaves with large pieces of clove, whole cardamom pods and star anise. It smells spicy. The wet leaves take on more of an anise (licorice) smell. When tasting no particular spice stands out, I personally think it could use a little more ginger. For me it is a good chai but not a stand out.

Boiling 6 min, 0 sec
Yours I Like This
4 likes
0 comments
Edit

I tried using this tea for a traditional chai where you heat milk with the tea on the stove. While spice mix was good it took an very very long time to infuse and even then it was much to weak. There is simply not even black tea in the mix for a satisfactory cup of chai.

I have also had difficulties making traditional Chai, in this way, with this mix. Whilst the mix itself smells and looks great, it’s not practical for making milk-based Chai’s :(

This Chai is flooded with cloves and as a result the remaining spices and tea itself are drowned out. It tastes more like an undefined assault of cloves and generic spice than a black tea that has been mixed with different spices. It could do with less cloves and more cinnamon and ginger.

After trying this several times it has left me wanting to mix my own Chai as the proportions of spices really do seem off.

I would recommend this to coffee drinkers wanting to ease off the coffee and have a go at tea as it certainly doesn’t taste like ‘tea’ and can be made nice and milky.

delicious on a cold day to lift the spirit, deep and rich spices with a smart balance.

Chai to Stay Dry! This was one of two different chais that was in my sampler haul from T2 I picked up in their after-Christmas clearance sale last January. The dry leaf smells very nice, with a spicy scent that isn’t coming off too strongly on any certain aroma; my nose can pick up cardamom, clove, and cinnamon quite clearly.

My brewed cup has a lovely gingerbread color to the liquor, and the scent wafting up from the cup is warm cinnamon. Mmm. The taste of the spice blend is very nice. It’s a very balanced taste, and has a stronger sweet cinnamon/ginger presense than most of the chais I’ve tried this month, which gives me a spice cookie impression. The close of the sip has a lovely mix of cardamom, clove, and anise, which gives the finish a deeper spice flavor and just a hint of a licorice sweetness from the anise. It also isn’t a really strongly spicy blend, so you can savor the individual flavors but they don’t leave lingering heat in the mouth too long; I’d say Reena’s Chai from TeaSource is a bit sweeter than this one, but this chai has a much naturally sweeter profile than Bengal Spice by Celestial Seasonings or Tali’s Masala Chai by Art of Tea.

The black tea base on this did brew up a lot weaker than I am used to with most chai blends, which is probably why the tea had such a lovely gingery color. It was a medium base (and on the lighter side of medium black teas) and since I don’t like my blacks on the astringent side, I really enjoyed whatever blend of black was used here. It really let the spices shine through, and this is the sort of chai that because of its composition, you wouldn’t really need to take it with milk and sugar. To be honest, because of the light color of the brew, the lack of astringency, and the balanced natural sweetness to the spices, I didn’t feel a need to even try it with milk! Depsite the fact the tea has instructions to take it like a traditional chai, just looking at the brew and from initial tasting, I have a feeling it wouldn’t be strong enough to take that way. But if you have been looking for a tasty chai that doesn’t require the extra effort of simmering up some milk, this is a nice one!

Strong on anise and clove but not overwhelming. Goes great as a latte, in a dirty chai and as a standard chai tea!

Ok. I drink tea black. I used to be a dash of milk girl but nobody seemed to understand the difference between a dash and shed load of milk so I started drinking weak black tea. I once tried a chai latte and found it horrid, to me a milky drink should be sweet and chocolatey not drowning out lovely aromatics. So I approached T2’s chai not expecting much. I had a tea bag from the 20 gems collection.

It said to serve with milk and honey but I decided to ignore the advice and after letting it steep for 2 minutes I had it with a tiny squirt of honey. Wow! Without any milk and foam fighting the aromatics it was lovely. It had a strong cardoman smell but when I tasted it it was sweet and soohing with a lovely spicy ginger and cinnamon taste.

I bet this would be amazing if you had a cold. Even the tiny bit of honey worked well. Very soothing and surprisingly nice.

I am an avid Chai drinker. When I go to a cafe I will ALWAYS order their chai – If I don’t like it…I usually won’t visit again! Harsh, I know. Anyway, I don’t LOVE this chai. Personally, T2’s organic chair is MUCH nicer but it’s still not amazing. I’m not sure exactly why I don’t love it but after reading other reviews I would probably have to agree that there is too much clove. I think it tastes better when you brew it up on the stove but still…not perfect. I also find it to be quite a bitter chai. Despite this – If you live near a T2 store that has a Brew Bar check out their Chai latte as its super tasty and the best way to have it!