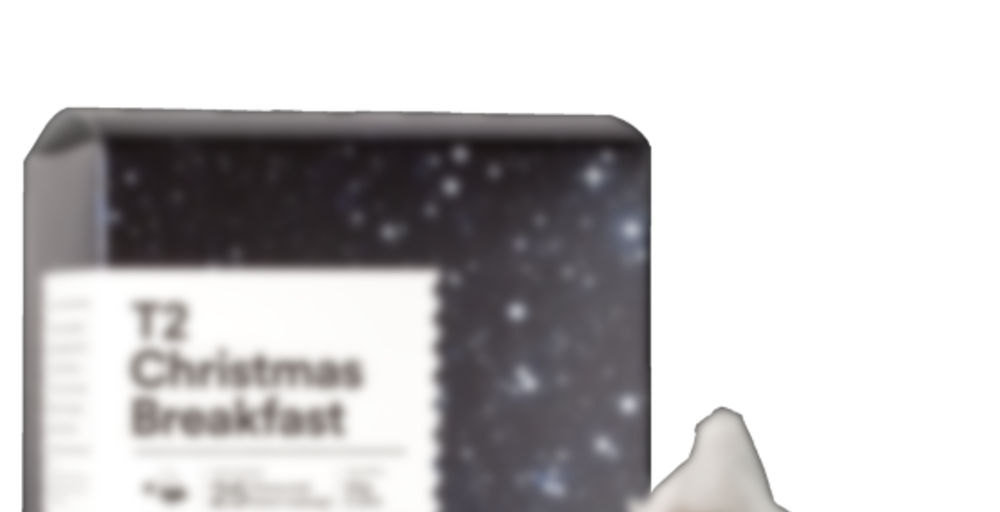 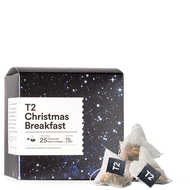 From the name, I expected this to be a breakfast tea, but I found that it’s actually pretty heavily spiced, which I don’t mind. The ginger and pepper can be a little sharp, but I feel like it all works when it’s rounded out by some milk. There are better chais, but this wasn’t bad. Probably the best or second best tea in this four tea Christmas sampler.

This has a very effervescent cola like scent to the dry tea! While steeping it smells like cookies with cinnamon. No, ginger! Cinnamon ginger? This tastes like an almost fruity gingerbread tea! I’m really liking this one and it surprises me after a month of trying mostly underwhelming teas! The flavor level on this one is nice and intense too, almost a tingly level of spice without going into a grossly concentrated territory. It’s very warming. I’d think about buying this one if I found myself at a T2 store along with Go Go Goa.

Disappointing. The ginger is quite synthetic tasting. It’s coming across as an artificially flavored ginger ale somehow. The nutmeg is also extremely strong and just tastes odd.

Had it again this morning—- I got the season sample packs which came with individual bags of single serving of tea. I noticed there was more nutmeg in the batch I got today. It was slightly bitter to me because of the nutmeg

I love this: it’s more of a chai than a tea, though the flavour may vary slightly between boxes. The sample I had in the Advent calendar was much more nutmeggy than the boxes I later bought. The nutmeg was a really welcome and unusual flavour so I would love it to be stronger. Definitely one to grab when it comes around again at Christmas.

My box says “T2 Holiday Breakfast”, but otherwise looks identical to the photo. Maybe it was a difference between the Australian and North American versions? shrugs

I used two bags for a 16 ounce pot (which is about 5g, if the net weight on the package is to be believed).

This tea is surprisingly light, with the base tea being almost nonexistent. It does taste rather cookie-ish, but the spice notes are light enough to make me think “snickerdoodle” rather than “gingerbread”. There is ginger, which is nicely warming, alongside sweet cinnamon. A light, lingering sweetness in the aftertaste also suggests licorice. There is nutmeg mentioned on the package, but I’m not sure I can detect any alongside these stronger spice flavors.

All in all, it’s not a bad tea. It is perhaps a bit too light, next time I may try steeping it a bit longer and/or using additional bags.

The ginger is really overpowering, even when steeped for a shorter period of time. The ginger even manages to overpower the cinnamon. I could’t finish my cuppa, even as a latte. I’ll be promptly getting rid of the remaining sachets. Ick.

So it’s christmas time and I have been going to T2 and I kept seeing this tea available to drink, each time I had some and I quickly fell in love, so my bf being as amazing as he is bought it for me. This tea is like drinking a gingerbread cookie or drinking pfeffernusse biscuits which I love so much. T2 has this with soy milk and honey and tbh it tastes the best with soy milk and honey. I don’t have soy milk so I have regular milk which is still great. The only thing is I once over brewed my tea and I could not drink it the ginger was too strong so i suggest brewing it for less time.

This tea has strong taste of ginger and cinnamon. Which is perfect as a dessert but I have it for breakfast as it’s when I crave it the most.

The packaging is adorable but I hate how it comes only in bags and with only 25 of them.