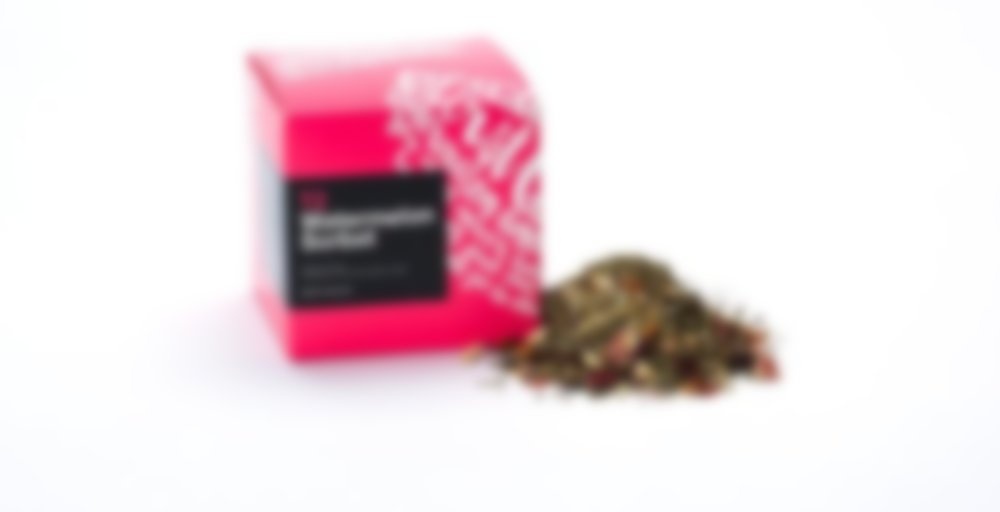 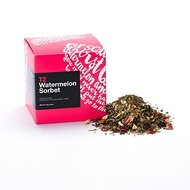 Chill out in style with this oh-so-yummy poolside blend of lush watermelon and fresh mint. Kick your feet up…this brew makes it happy hour, every hour.

Thanks again, AJRimmer!  Another sample sipped down.  I can’t say this is precisely how I thought it would taste… I guess it has a hint of something like sorbet, but mostly there is a herbal sort of flavor going on.  The brew is medium colored pink.  It’s not quite watermelon!  Not much to say here.  I swear I didn’t taste ANY of these ingredients which is strange. Muddled and herbalish and not the tea for me but happy to sample.
Steep #1 // 1 1/2 teaspoons // 19 minutes after boiling // 2 minute steep
Steep #2 // just boiled // 3 min
2021 Sipdowns: 83 (This + ESPEmporium’s Miami Ice)

The flavor here is milder than I’d prefer. It’s a bit more herbaceous and minty, but not the clear, bright mint I love. Not really watermelon at all. Sometimes I get some light fruitiness. It requires a short brew in order to not get murky and weird. I’ve made it probably five times now, and it’s never delicious, just something I’m drinking because I need my four ounces of it to disappear.

This was my second watermelon tea of the week, and the second that was slightly disappointing. Bird & Blend’s tasted to me mostly of pineapple and coconut, but this one is mostly liquorice and mint. It reminds me very strongly of Teapigs’ Liquorice & Mint blend, in fact, which I dislike intensely. There is a little watermelon here, mostly in the mid-sip, and it is sweet and watery in a way that’s refreshing and pleasantly flavour accurate. It’s totally surrounded by the heavy dankness of mint on one side, and the intense sweetness of liquorice on the other, so that the overall effect isn’t particularly one of watermelon.

I made this one as a cold brew, and I think that was probably the right way to go. I don’t think it would be any more successful brewed hot, but I’ll give that a try in time just to see. Maybe I should put this one in lemonade? Or try and make an actual sorbet with it?

I think I can see what T2 were trying to achieve. Given that the flavour is watermelon sorbet, it’s like the mint is providing the coolness and the liquorice the sweetness. I get it, and I think it’s quite clever, but I don’t think it really works. Both of those flavours are far more powerful than the watermelon, with the result that it just seems to get squeezed out.

Are there any really good watermelon teas?

I’ve had a fairly good Cucumber and Melon green tea, though it tastes less like watermelon fruit to me and more like the “melon flavor” that is popular in Asian countries like Japan (and which is entirely different than the artificial watermelon flavor found in the west, too). It’s a little closer to honeydew, though not quite? It was a good tea though, and I don’t even like to eat cucumbers or melons! I drink it iced and it comes across as refreshing cucumber water with a sort of honeydew/watermelon-hybrid flavor.

Had this as a sample in store this weekend in Auckland, and it was AMAZING as an iced tea. If it weren’t winter, I would definitely be stocking up on iced tea flavours again.