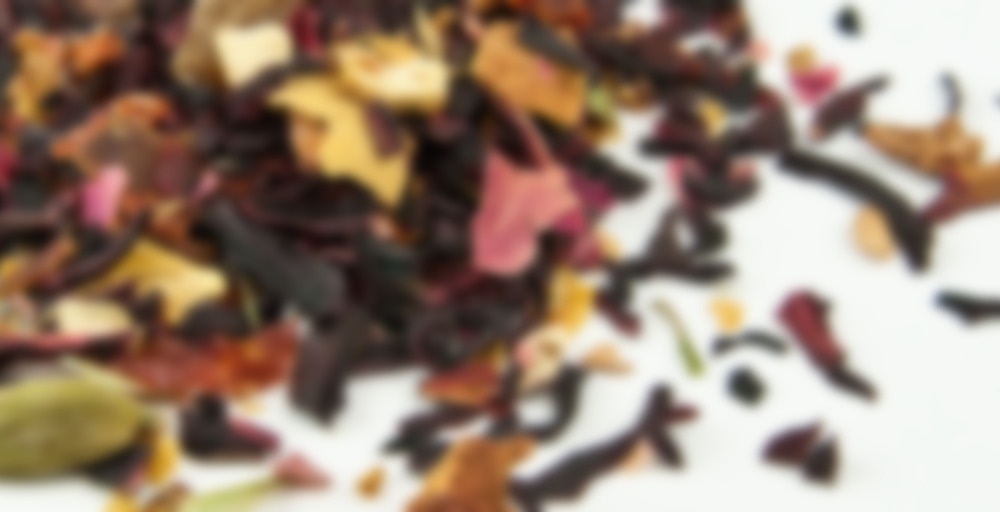 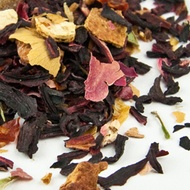 Description:
What is happiness made of? Seems like the same kind of stuff as this delicious tisane. Sugar in the form of more-ish meringue, spice in the scents of cardamom and cloves, and delicate rose, raisins and flavours of orange are all things nice!

I chose this one today largely because of the name – sweet spice sounds like something that might be good for a cold. Turns out it has an unusual selection of ingredients, though – they’re not things I would have thought to put together. It’s an interesting one in terms of appearance, too – and, for a fruit blend, pretty impressive. It has literally huge whole rose buds, dried quarters of sliced orange, whole raisins, cloves, hibiscus petals, and mini meringues! Very pretty to look at.

It’s a slightly odd flavour, but perhaps that’s not entirely unexpected. It’s sweet, from the meringues, tart and a little sour from the hibiscus, with a background floral from the rose. There’s a splash of orange, which tastes more like fizzy vitamin C tablets than actual orange, and then a fairly significant kick of spice. The earthiness of clove is there, but I’m sure there’s also some chilli, and possibly cayenne. I can smell it.

It kind of works, but it’s a bit crazy. In some ways, it tastes like a Christmas tea, and I’m pretty sure the clove is responsible for that. The spice works well with the sweet-ish background, largely because the hibiscus helps to mediate between the two extremes of flavour. That tart sourness in the mid-sip really seems to help bring the two together, and it’s a rare day I say anything complementary about hibi. Mostly, though, I feel like this suffers from an excess of ingredients. There are things I can’t see the point of, and that just distract from what on the whole is a pleasant, if unusual, flavour. Raisins, for example. I also have my doubts about the rose.

I’d probably not buy this one again, just because I can’t see myself drinking it regularly. It’s a little confused for my liking, but it’s certainly been an experience! I think I can see what T2 were trying to achieve with this one, but I just don’t think they quite made it.

This tea is very nice hot, nice and fruity. Great for a cold, because you don’t add milk.
The spices are subtle, but very tasty.
The hibiscus flavour is quite obvious, it’s very good.