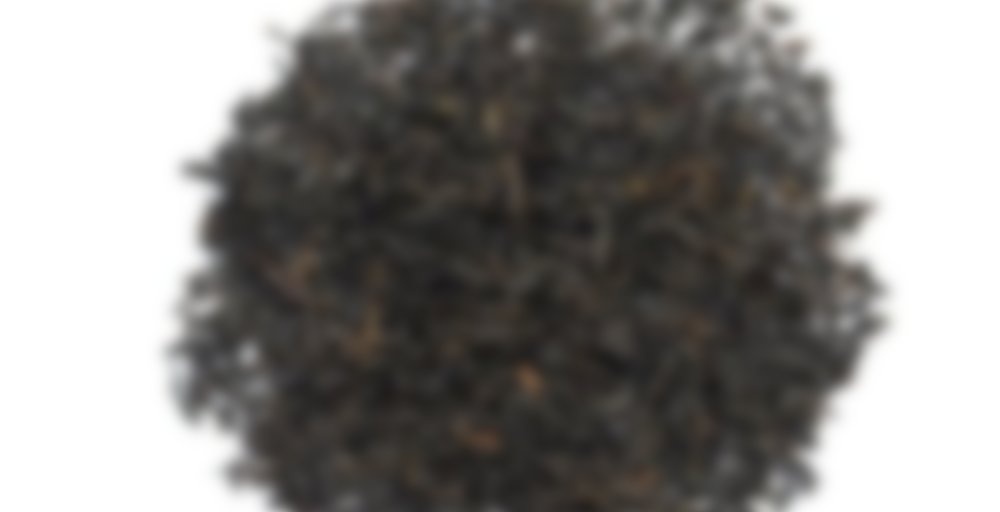 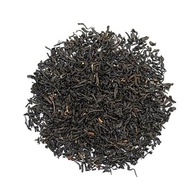 by Swan Sisters Tea
77
You

Keemun, sometimes referred to as the "champagne of black teas" is a classic Chinese black tea made for centuries in Qimen county in Anhui, China, the home of Keemun . The teas from this region are grown in small plots high up on steep mountainsides. Many of the plots are hundreds of years old and were first planted there with cuttings from Fujian, when Europe’s demand for tea caused farmers to seek new growing areas for the valuable crop. This rich black tea is smooth and bold with a slight rose essence and hint of smoke. A classic European breakfast tea; excellent with a dash of cream. 2 tsp. Keemun can be infused with boiling water 3 times.

Another from variaTEA and i am a fan of this one. It’s a smooth, very slightly smokey brew. There’s a little bit of a malty taste to this one as well. I wish i had teavivre keemun to compare it to but i think this one is a little less preferred. Still, a really nice afternoon cup while i relax and make cookies.

Another one of the poor forgotten Amoda subscription teas. While I would perhaps purchase a tea on their website, I think the forgotten samples from the actual subscription is proof that I need to chill on the monthly tea boxes.

Keemun is the first recognizably Chinese teas that I had. I never was that into white or black teas, especially from my teabag perspective years ago. I was strictly green and herbal, or maybe an oolong here and there. I remember picking up a Keemun somewhere in loose leaf form after reading about it. This was supposedly the ‘first’ Chinese black tea that had even the Chinese sitting up in attention? I was unimpressed by the lack of ‘wow’ factor. I think that is why I never like Chinese black tea until I found the wonders of a golden tipped Yunnan or Fujian.
That also may be why I looked at this package for my February box and went, ‘eh.’ and tossed it in the sea of samples. I went fishing this morning for something different and found this.
Ah, yep. It’s all coming back to me. That light hint of smokiness, that deep dark brew. The thick bold aroma. Definitely a kick in the pants tea! Somewhere I get a heady punch in the face of floral, like biting off an entire rose while in bloom.
Pretty much every Chinese black I have had was better.

Ok, last tasting note of the night for realsies this time!

This is from the February Amoda box – it’s the last one from that box that I’ve got to try. I saved it because after doing some exploration with other Keemun blends I’ve kinda concluded that it’s not really a tea type for me. And I’ll be honest, it is kind of a relief (especially on my wallet) to have a whole ‘class’, if you will, of tea that I can essentially just write off…

But givin’ this one a go anyway ‘cause I’ve got it now and I might as well. It’s actually much lighter in flavour than I expected; primary flavour notes are smoke, some kind of sweeter bread, honey and raisins. The smoke in particular is very strong – and that part, at least, I like. It’s just that, with everything else, it’s just not so great. Why do I always have to pick up on the raisin notes in Keemun too? I know they’re sometimes present in other tea types, but I usually don’t notice them. Such is not the case with this class of tea…

I also thought that this one was a little bit floral; that was kinda nice, but weird with how smokey it was. Who wants to drink gently smoked flowers? I’m not gonna rate this one ‘cause I think I’m maybe a little biased about it.

Final, non-tea related note for the night: BB Can houseguests are currently talking about the pros/cons of bagged milk versus milk in the jug. I know bagged milk is a Canadian thing, but I just have to point out that I live in Saskatchewan and I’ve never actually seen bagged milk in person in my entire life. The entire concept of bagged milk is SUPER weird to me and I 100% emphasize with the Canadians in the Big Brother house who, like me, live in provinces where bagged milk isn’t a thing.

I know that’s it’s more cost effective to make/produce and buy, and easier to transport and all that jazz but it just weirds me out so much. I would NEVER have a ‘bag of milk’ in a pitcher in my fridge. I know that realistically it’s no different than a pitcher of, say, orange juice – but it seems kind of unsanitary? And I’m totally being unreasonable and irrational about the whole thing but it’s SO WEIRD. Common ’mericans – back me up here! If I was in the BB house, I think having to have bagged milk would likely bother me more than being on slop. I need Zach to get in on this bagged vs. jug milk debate! He’s from Saskatchewan like me; I’m like 95% sure he’d share the same anti-bagged milk opinion I have.

I am so confused. Is it bags or jugs you don’t like? Last paragraph goes back and forth.

Hahaha when I moved into my first apartment, my mom did the first grocery shopping for us. I lived with one other Canadian, two Americans (technically one didn’t live there but he was dating one of the girls and best friends with the rest of us so he was always over), and one girl from Peru. Since there was so many of us, my mom bought us bagged milk (plus that’s what we use at home anyways so it’s what she is used to buying). Anyways, for three weeks, my roommates (except the Canadian) thought my mom just neglected to buy us milk which would be weird since it’s kind of a basic grocery. And when they asked about it, I spaced and forgot it was a Canadian thing and would always just be like “what are you talking about? The milk is in the fridge. Like it’s right in the front!” It wasn’t until they watched my Canadian roommate make a bowl of cereal that everyone realized what was up.

Wow, I did not realize that story would be that long

@Marz – That’s what I get for writing so late at night. Went back and edited the last paragraph. It’s definitely bagged milk that freaks me out though.

I remember having bagged milk when I was a kid, but it’s a lot more rare now. And I’m in BC, so I don’t think it’s just an Out East thing, I think it’s an age thing too. :)

It IS weird. But you can get clips to close it, and you leave the milk in the bag which then goes in the jug. I’ve never seen anyone emptying the milk into a jug, which… that would be gross.

I live in Northwestern Ontario and bagged milk is probably the most common next to 2 litre cartons. If someone has a plastic jug of milk that’s always weird to me. I think bagged milk is cheaper plus it takes up WAYYYY less room in the fridge- not to mention it’s a lot less waste than a carton or jug. I also find those big jugs to be heavy and hard to handle.

This is the last of the February Amoda teas and though I don’t remember much, I recall this being quite a smokey tea.