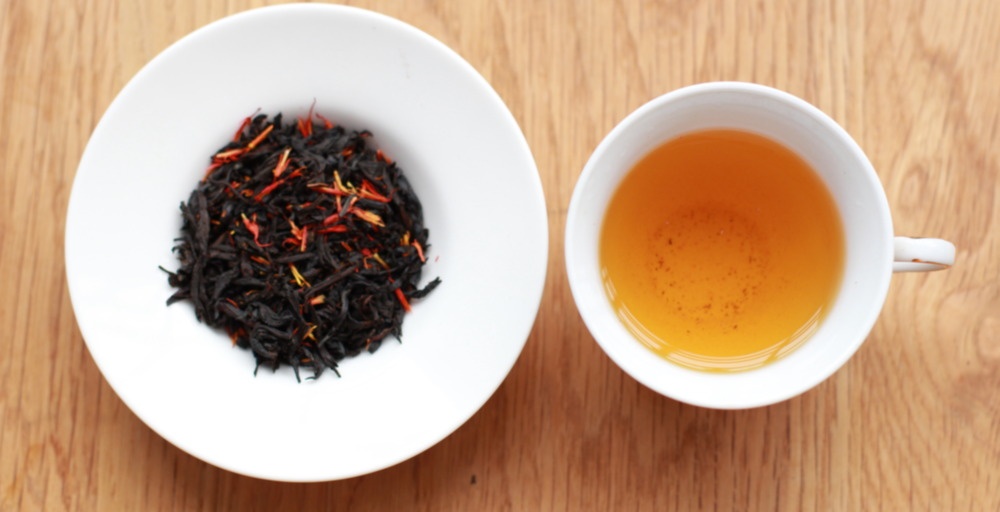 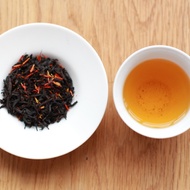 This tea is pure intoxication. It’s all about unadulterated, apricot oil made from the freshest early summer fruit, carefully blended with brisk Ceylon breakfast tea. This is the ultimate accompaniment to summer, hot or iced. Say hello to summer.

Finally polished off this sample I got awhile back. I am drinking my last cup of the pot with a biscuit smeared with butter and apricot jam. Good pairing :D I would drink this again.

Packaged up the tea I promised TeaBrat. Just need to weigh it and slap on the stamps, and I will mail it out after work today.

This came in a Steepster box one or two months ago? I’m terribly behind on tasting/reviewing steepster box teas. One reason is that I’m not overly fond of the direction the packaging has gone. The other reason is that some of the teas are straight up not appealing, like the rooibos that came in this same month’s box- I will not be drinking that and probably will pass it on. This one though didn’t seem too bad.

It’s a good medium black base with a strong overlay of apricot scent. There’s some decorative orange petals (?) in there but I’m not sure how much that actually attributes to the taste. I’ve got a tbs grandpa brewing in a thermos- the way I’ve been doing things lately because of sheer laziness. The heavy apricot is appropriate for the season. It reminds me of the Mad Tea Party Blend from Disney, based on the apricot, but the base is more robust- more english breakfast. The scent is slightly candy, it’s really really sweet. On the side of apricot hard candies than juicy ripe ones, but the distinction doesn’t lend towards artificial tasting- it just smells really sweet.

It came in a larger non-resealable pouch, which drives me to finish it sooner and not be able to come back to it whenever. I have to say though, I miss the pre-portioning of teapot sized bags. This makes me think I’m getting less tea than I usually do.

I would recommend this tea, and I wouldn’t mind serving it, it’s just nothing extremely special and I probably won’t purchase on its own. It’s a good staple though, as the theme went “Cupboard Essentials”. If you’re just diving into the world of fruity blacks, this would be nice.

I was surprised once again by the apricot aroma of this tea. It made for a perfect summer afternoon cold-brew. Subtle flavors.

delicious tea. Had it hot then brewed it immediately after to have it iced. It tastes better than any of those horrible sweetened tea made with syrup!

Smells heavily of Apricot. Not an overpowering smell, but delicious. Dark brown liquor from the ceylon. Small amounts of apricot. Results in what appear to be filings in the tea itself, but are really parts of the Apricot.

Tea itself is delicious, and mild enough to allow an aftertaste of Apricot come through. On the tongue only the tea comes through, but after the apricot blooms. Very good.

Good, possibly a once a week or weekend tea. Not quite the quick kick you want from a morning tea, but delicious for a weekend, work from home, or when you have time to enjoy the tea.

I have been slacking so bad on Steepster Select reviews, but I had to review this one. I adore this tea. The Apricot flavor is so smooth and natural, but doesn’t overpower the flavor of the black tea. Perfect amount of fruity flavor. The fruity flavor doesn’t hold up well when resteeping, but that first cup is phenomenal.

This was nice for a fruity black tea. I liked the apricot flavor and it was well balanced with the tea. Would probably make an excellent iced tea, though I had it hot.

I tried this tea iced, and it was excellent. Perfect for summertime.

A nice, strong black tea with an appealing fruity note. I want to try it iced next. I bet it will be great.