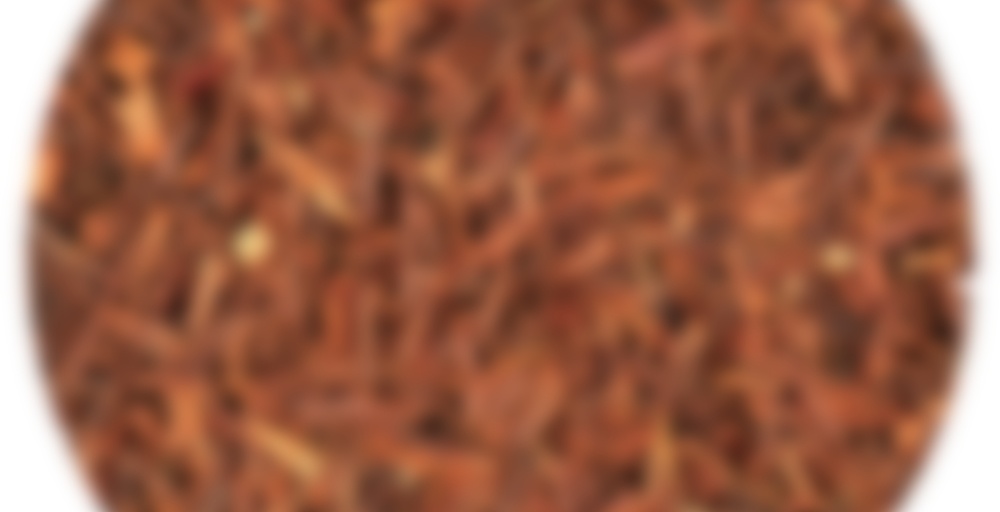 No surprises here! This blend is just like a
bowl of fresh strawberries and cream

Well… This sounded really good, though I’d prefer it wasn’t a rooibos tea. It’s a good berry like tea, but the rooibos taste just isn’t for me. Weird because some rooibos teas I can clearly taste it and some I don’t. This is one I taste the rooibos in. Maybe it would be better with some milk added.

Tea sample from the tea festival. Always happy to to try new teas. this one is strawberries and cream for sure. the rooibos in this one isn’t that woody type so that is a plus for me. I wish, as usual, that the strawberry taste was stronger, but it’s a nice creamy tea.

There’s nothing like strawberry tea when that is what one has a yen for.

i still miss walterbishop from 52 teas… the only tea from frank that i was over the moon with…. sigh

I enjoyed the reblend. Did you you have a chance to try it? I think Anne did a super job with it.

i didn’t love it. i think it’s the honeybush

Ah yes, I remember this tea. For me this tea was too much rooibos, not enough strawberry or cream flavor.

First off, thank you to Kristal for sending me a sample of this tea. It’s the first one I’ve ever tried from Steeped Tea. Ironically, it’s packaged in Ancaster/Hamilton— and you sent it to me from Northern Ontario. How fun!

I tried this tea tonight because I wanted something non-caffeinated before bed. It’s been so long since I’ve had a rooibos.

First steeping was lovely. It was sweet, slightly berry-ish, and had an incredible flavour when inhaled. It’s funny how that inhaled flavour doesn’t translate much to sipping. The steeped tea smells much more fragrant than it tastes. What I like most about rooibos is that it has that overwhelming almost alcohol/almond flavour to it. I haven’t had it in so long that I think I really missed that about rooibos. The tea starts off sweet, and then turns woodsy and hay like. The colour is a beautiful copper red as well.

There’s not a ton of added flavour, which is nice. I find that many rooibos teas have an artificial aftertaste. This one lacks any sort of artificial-ness. It tastes like a basic red rooibos with a gentle berry finish.

The second steeping was hay-like and earthy. There was no real berry flavour or sweetness to it. The colour changed to a much paler yellow-copper. I don’t think this tea is suited to multiple steepings.

I would probably get this tea again if offered. I’m unfortunately a little iffy about the whole catalogue-ordering style of shopping, especially when their head office is right near me. It would be nice to feel less pressured to buy at least 50g of tea, and to receive samples instead.

Glad to hear you enjoyed it! For me, this tea is just okay and I’ve been using it up buy mixing it with lemon myrtle and drinking it when I’m at work. One of the nice things about Steeped tea is that it appears that none of their flavorings are artificial. But I agree about the catalogue ordering style- I really wish I didn’t have to commit to 50g every time I ordered. If you look at my tasting note for this tea, I went on a little rant about that :P

Hey Kristal, I saw that on your note. It looks like there’s a consultant around the corner from my house. I think my foray into loose leaf tea has only been limited to Davids and Bulk Barn and maybe one or two others. Perhaps my tastes will change as I venture out into the world, haha.

Haha, for me it’s mostly DAVIDs, but I’m just went to my local tea shop and I’m loving that place :). I’m def going back!

Two things that annoy me about Steeped tea are the facts that I cannot read an entire ingredients list of one particular tea before ordering and the fact I cannot order anything less than 50 grams of a particular type of tea (unless it is part of a collection, in which you may get 25g of 6 types of tea). I decided to order this tea because it sounds like it would make an amazing latte. I pictured a tea that was rooibos base with chunks of dried strawberries and dehydrated yogurt pieces (think strawberry rhubarb parfait from DAVIDs without hibiscus). Unfortunately, what I received was a tea that was rooibos based with different flavourings. When I opened the bag up I certainly smelled the strawberry flavour, but after making this tea two ways (Way 1: 15grams steeped in 8oz of boiled water, mixed with frothed milk and a hint of sugar as a latte. Way 2: 1.5tsp steeped in 8oz of boiled water plain) I can concur that maybe a hint of the flavour is in the taste of the tea, but that’s it. It’s basically just the taste of rooibos.

This tea was a letdown. It’s not gross, just underwhelming. Definitely not a repurchase: I will use it up by mixing it with other teas and drinking it at work when I do not pay attention to what I’m drinking really. The one thing I’ll say is that I’m glad I used up a third of the tea already through the latte and simple cup…

Juts realized this is my 250th tasting note-yay me!