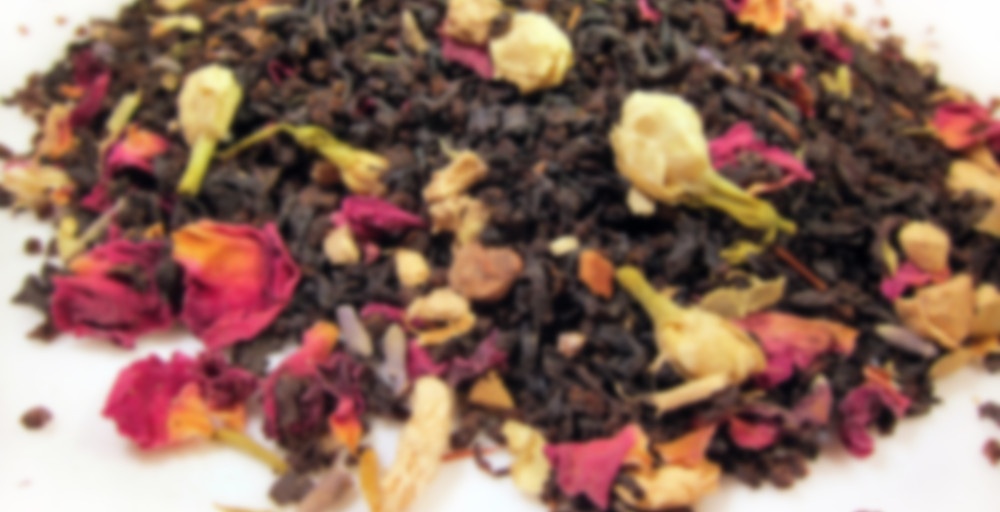 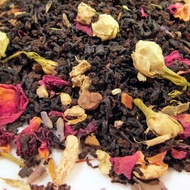 by Steep City Teas
78
You

Naturally seductive! This blend is our morning or bed-time favorite, it will enhance your senses and relax your spirit. A rich creamy blend of black tea and spices including cinnamon, cardamom and rose makes it the perfect tea for a lovely gift as well as a daily cup. The additional ginger and lavender add a smooth undertone to all the spiciness. It’s not exactly your traditional chai. They don’t call it sexy for nothing. Try it now.

I am not a HUGE chai fan, but I don’t necessarily DISLIKE chai… I am more in between because usually there is something in most chais that just sort of doesn’t strike my fancy…

This tea, however, seemed to know exactly what I didn’t like, removed it, and added some new flavors to make it even better!

This chai has the same basic components of chai, but then adds lavender and rose petals to smooth it out. In comparing to their Cha Cha Chai, this one does NOT have star anise, peppercorns, fennel and ginger- so, it’s much less spicy but still has that delicious cinnamony taste.

When I first got on the train and started drinking this it was Hot hot hot and the lavender was slapping me in the face (in a good way). As it cooled, I could pull out more chai flavors. When it got TOO cool, however (after about 2 hours or so), I lost a lot of the flavors that were once there. That COULD have been from the soy and the tea separating, though, which I have found can happen when I let some teas sit for too long. So I won’t hold that against the tea and will just rate it on what it tasted like when normal people who don’t buy houses 80 miles away from their work would drink it ;)

Looking forward to more teas from Steep City and also drinking this one more! I have a feeling the flavors will come out a lot more when simmered on the stove, so I’m going to try that. Also, it looked extra dark after 2 minutes so I pulled the bags out, but I think maybe 2.5-3.5 minutes might have allowed more chai flavors to pull though… Only time will tell!

Whoever’s idea it was to add lavender to chai knew what they were doing! :D

I share a bit of this tea with my roommate, who’s health has been not so great and had chemo this morning. The nurses have been telling him to drink more tea too! I’ve been giving him some of my older teas, and trying to plan an order too.

See my previous notes / blog entry for review of this tea – he steeped it for like 30 minutes because that’s how he rolls! My roommate was very impressed with the flavor and “it has the perfect amount of lavender”.

Haha, what a charismatic tea name!

Woah. 30 minutes! :O If he can survive tea like that, then I think it bodes well for his future! #fingerscrossed (Chemo sucks – I’m sorry).

This is a fun chai for me this morning. I like the intensity of the spices, but there is almost too much going on here for me. It’s pleasant with a bit of honey! Glad to try it but not something I’d purchase on my own. Thanks BrewTEAlly Sweet! :D

You tried it before me. It still waiting for me ha ha

I thought I’d finish this one, as it was just hanging out in a thin baggie for far too long in this teabox. I didn’t expect much because of that and because others described the flavor as “light”. Maybe using whatever remained made this a stronger cup. Lavender wafted from this deep dark mug. Flavorwise, it’s a bit astringent.. like raisins, so spicy it’s buzzy… but not actually hot spicy (like cayenne). I love that the blend has jasmine, but I didn’t taste any. I like it this chai.. like most blends I’ve tried from Steep City. I’m still planning on ordering from them at some point. I guess teas do last a while in thin baggies in this teabox (which I wish I would have learned before chucking a ton of teas that I’ve seen before… but I’d rather keep the teabox fresher anyway.)
Steep #1 // just boiled // 4 min steep
Steep #2 // just boiled // few min steep

This tea is striking me as odd. I get only the faintest taste of spice, very muted. I can kind of imagine lavender, but I really have to think about it. It almost tastes like there is cacao in the aftertaste and the longer aftertaste turns a little bitter. I’m betting some sugar would help, but I’d be worried that adding milk would wipe out what little flavor there is.

From the Round 3 Here’s Hoping TTB

This is a middle of the road chai. The base tea is ok, and the spice blend is good, but it’s mild. Not a memorable chai, but it’s a nice enough cup.