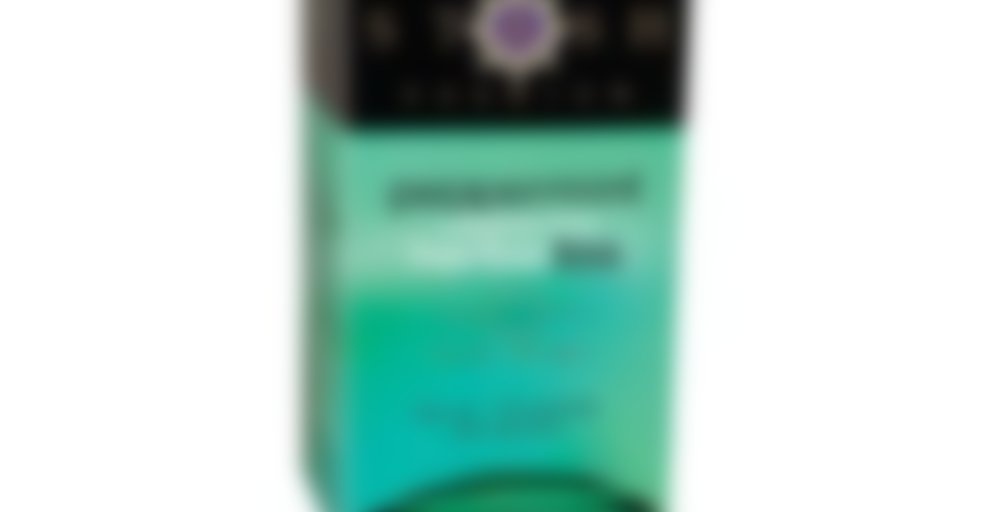 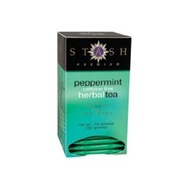 Stash Peppermint is produced exclusively from top quality Oregon grown peppermint, which is considered the world’s finest. Oregon’s deep rich soil, moist cool winters and long dry sunny summers provide mint growers with the natural tools to produce peppermint. The mint is harvested in July and August and when properly cured (or dried) it is sold as leaf or to produce peppermint oil. Stash Tea purchases its mint leaf directly from Oregon farmers. It is sent from Oregon fields to the Stash Tea plant where it is packaged to protect the freshness and menthol content. Nothing else is ever added to our Peppermint tea. The result is a soothing, refreshing, aromatic drink that is superb hot or iced, any time of day.

The past week or so, I’ve been having digestive issues. Nothing too awful, but I’ve been constipated and my stomach hasn’t been in tip top shape. I’m worried I might have IBS, although I don’t know for sure, so I’m following the symptoms of an IBS diet. I really don’t have much of an appetite either, which I guess is a good thing, in some ways.

I normally eat fairly well, but I’m trying to even further refine my eating habits to see if that helps matters. So for the past couple days, I’ve been eating a vegan, high-fiber, high-probiotic diet. I’ve read a lot of conflicting info about what you’re supposed to eat/drink with IBS, but several things have suggested laying off caffeine, so I’m going to give that a try even though it means giving up my green tea and matcha for a little bit. Thankfully I don’t have to give up ALL tea, though. In its place, I’ve been drinking herbal blends of mint, ginger, and/or both. I’m also trying to drink at least one bottle of Kombucha a day. I used to not be able to stand the stuff, but now I can at least tolerate it. It’s not that bad.

I had this tea last night when I went out to a vegan restaurant. I had some pecan-crusted eggplant, which is read is very good since it’s high in fiber. We were only there for an hour, but I drank a LOT of tea. So much so, that I had to go to the bathroom 3 times, LOL. The tea was nice. I mean, it’s peppermint. Nothing too offending.

Anyway, I don’t know what’s going on with my body. Like I said, it’s not major issues, but it is uncomfortable, and the constant feeling of being “bloated” is really messing with my appetite. But on the plus side, I always wanted to try out a vegan diet, so this is my chance I suppose ;) .. Of course, with thanksgiving right around the corner I’m not sure if I’ll be able to maintain, but I will do my best. If my lack of appetite persists, I probably won’t be tempted to eat too much meat.

As a side note, if anyone has any advice on what’s worked for them, feel free to comment below or PM me. I’m definitely open at this point to anything that could help with relief :)

I’m dealing with this, too! PM me! We can chat – or if you have gmail/gchat let me know (I’m near vegan now because of it! Aren’t you vegan…can’t remember…I’ll click on your profile!) Hope things improve for you soon! I feel for ya!

Hey, sent you a PM. I’m actually NOT vegan. Unless you count the past couple of days – LOL. But I do eat a LOT of vegetables and don’t make meat the focus of my meals.

Ah! Ok! Gotchya! I’m check out your PM and drop you a note!

I hope you are able to find out the cause, get better, and get back to drinking tea!

I thought I had IBS for years and what I really had was the beginning of some food allergies. I had NO idea! My intestines(and bowel)were always in a knot! It took a long time to figure out and get to the point where I could grasp what was causing the problem. When I noticed that every time I ate BEAN products I got worse, I looked that up online and found out it was the Nightshade family of foods. Next was POTATO. If I don’t eat these foods, I’m fine. Keeping a calendar of when you feel bad and what you ate is key in being a detective. If I eat one of these foods, I get very, very sick now…!

I think Bonnie is on the right track. I had a lot of tummy issues for a long time until I cut out gluten. Trying an elimination diet might be a good idea, along with getting some basic food allergy tests done by the doc.

Two of my family members are gluten intolerant so I started trying the diet for a few months after the onset of IBS symptoms. No change, but then I realized really rich, fibrous foods were the culprit, which was weird because they were healthy and natural! I went off things like really leafy greens for a few months and started easing back into them. Salads were the biggest issue and I read that other people have similar problems with fibrous foods. After that, I still had minor problems and realized that fried foods and overeating

Oops, double post sorry. I stink at typing on my phone. Continued…..

Overeating was also an issue. And I mean ‘slight’ overeating, not much at all. So now I just eat a cup of food or so at a time and each a bunch of small meals a day, I feel so much better! I don’t ever get to the point of feeling full, just content, and my stomach is much better! I lost 30 lbs in 1.5 months from all the stuff…so I really hope you get things figured out soon!

Mine is all dairy related :(

I deleted dairy from my diet and have lost 20 pounds in 3 months :) AND more importantly feel great and can digest the food I do eat awesomely for the first time in my life :)

That’s awesome TeaEqualsBliss! I can handle fermented dairy or hard cheese but not milk and soft cheeses. It’s amazing the effect food has on our bodies, and we are all so different!

I don’t even know how many boxes of this I’ve gone through over the years. It’s not even anything remarkable, just a nice background tea. You know, one of those teas you enjoy enough to keep drinking, but the flavor is nothing noteworthy. For this reason, it used to be one of my favorite teas to drink when I was writing exams in university, it just kept my thirst quenched without being imposing. Like an non-intrusive movie soundtrack.

Last night at the Halloween party I had a few cups of this, and to “party it up” a friend offered some of her alcohol infused chocolate whipped cream to top it off. Wow ~ yum! It’s always nice to find a new spin on something that’s a little mundane.

Seriously this is the best bagged peppermint that I’ve had. I’m drinking a lot more decaffeinated teas with the work/diet plan that I’m on, and with the heartburn issues I’ve had over the year. I love the mint quality of this because there are so many mint teas that are mint….but they are kinda dull. This is fantastic. Especially with it being less than 2 dollars a box. A great tea.

I must have steeped this less than normal, because it doesn’t taste like peppermint except in the cool aftertaste. Like how your mouth feels after you brush your teeth with peppermint toothpaste. It is ok and I really need tea. After being used to having at least 2-4 cups a day, you have massive tea cravings when you don’t have it for a while. At least I do.

I went to see the Merchant of Venice with a group of friends yesterday. It was fun even if we didn’t get back until after midnight last night. I am really going to miss being a college student in about a year and living in a massive community of friends.

I can’t believe that there are so many bad reviews here… cos I really enjoy this tea! Yes it tastes pretty generic but since bagged peppermint tea is my comfort tea, that’s exactly the way I like it! Very minty, refreshing yet relaxing. I’ll always keep a box of this in my cupboard!

Boiling 4 min, 0 sec
Yours I Like This
6 likes
1 comments
Edit

Comfort tea always gets a big rating bump from me too.

I drank a cup of this peppermint last night and got to try this from KeenTeaThyme thank you very much. This smelled really fresh and pepperminty and had a medium peppermint taste and was pretty good.

It tastes exactly how you’d expect mint leaves and water to taste.

Great review. Right to the point! I… tend to ramble on. :)

Words are funny. Sometimes you only need a few. ;)

One of the better mint teas – it smells amazing. It smells better than it tastes though which was a bit disappointing.

you should try mintastic from adagio teas. it’s amazing

Or you should try Casablanca Twist by Adagio as well,,,

This is my favorite straight peppermint tea – it’s refreshing, and great with a bit of honey, or unsweetened. I usually drink this when I’m flagging in the evening and need a bit of perking up, but not the caffeine.

This one was a smooth and soothing lovely gem. A pretty generically normal peppermint, it was cool and sweet. I could probably interchange it with my Celestial Seasonings one, labor honey into it and enjoy this during anytime of day or night.