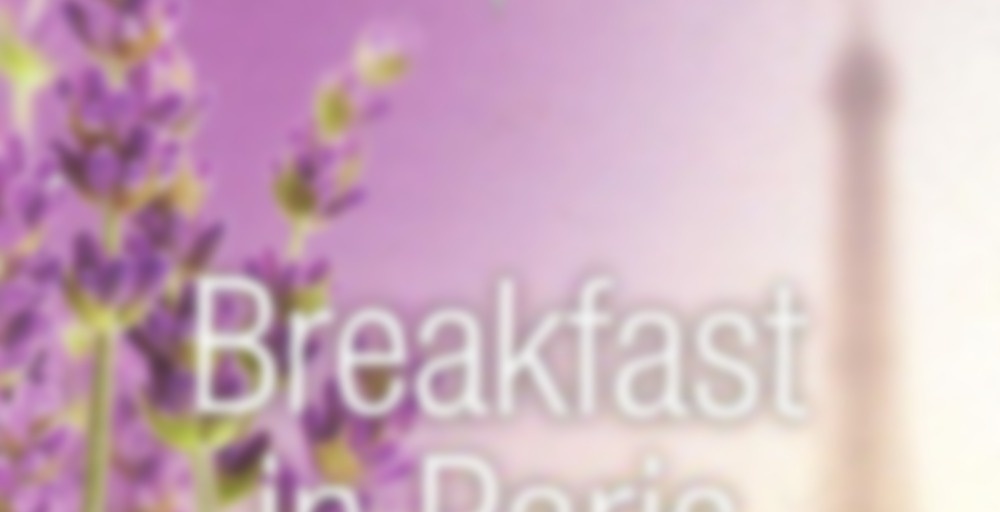 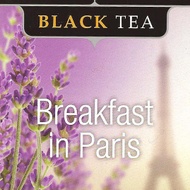 Bring a touch of Paris to your morning with our Parisian-inspired blend. Aromatic and floral, lavender is the perfect complement to the citrus bergamot oil and full-bodied black tea. This tea is well-rounded and would pair perfectly with your favorite pastry or baguette.

A Raspberry in Paris

I’m a gaming geek. Every Friday night, I’m seated at a table along with my motley bunch of nerds rolling dice, playing an axe wielding barbarian, a creepy necromancer, or an exuberant bard. Dungeons and Dragons, (well, they call it Pathfinder now) is a fun but sedentary game with the unfortunate side effect of the gaming table attracting all sorts of junk food. So besides doing battle with imaginary monsters, each week I find myself at war with my own lack of willpower.

Fortunately, there are other tea enthusiasts among my gaming companions. Upon learning this, I purchased a new tea cup, loaded a small tin with my best assortment, and tucked them into my gaming bag alongside my notebooks, gaming guides, and accumulated dice.

I have declared 9pm on game nights as “Tea time.” A nice hot cup of tea is a fine thing. Once I have that before me, all those chips and cheese doodles seem ridiculously unrefined by comparison. They seem beneath my sophisticated palate and I don‘t want them so much anymore. It’s a welcome respite and distraction.

This week, I tried a new flavor—Breakfast in Paris by Stash. I had been craving Savoy’s Paris Morning, the tea I waxed poetic about last winter and while I had a delightful experience with Parisian Breakfast Black from The London Tea Room, it was different enough from my old favorite to leave me reminiscing. So when I saw that Stash had a version of the same concept, I grabbed it. After all, I consider Stash to be pretty good at their art. Many of their blends have a permanent place in my cupboard, so I was eager to try their take on Paris.

This blend clearly represents morning in a different part of Paris than I am used to. Savoy’s version depicts Paris right next to the vanilla bean vender’s market stall. It would appear Stash represents Paris downwind of the lavender and bergamot fields or else in the professional laundry district.

I like lavender. I like it a lot. I’ve been known to make lavender bread, lavender lemonade, lavender apple crisp, lavender fruit salad, and lavender-vanilla coffee drinks. But I’m also aware that too much of the stuff can make your food and drink taste like laundry detergent. This tea is definitely too much of a good thing.

Maybe it’s an unbalanced batch. I can’t detect any vanilla at all and the levels of lavender and bergamot are intense enough to be harsh and slightly irritating to my mouth. There’s nothing particularly attractive about the underlying tea either. To add insult to injury, the strings are not firmly attached to the tea bags and come off when I’m attempting to use them. I’m not enchanted at all by this. Hell, I could make a better version of it myself, and I’m no master blender by any stretch of the imagination.

It smells nice though. Maybe I’ll try a very dilute cold brew and dump in some vanilla extract. Or if that doesn’t work, use it to make a nice lavender scented rinse for my hair.

Chips, cheese doodles, and Breakfast in Paris—-love the combo!
(A Savoy visit is on the calendar soon…wonder if I should email them to stock up on Paris Morning :)

I bought a large tin of it over the holidays. Cringed a little at the cost, but as much of it as I go through, it just makes sense to buy it in bulk.

(Hi there! Good to see you.)
Been a while since we’ve been your direction—are the savings noticeable when you buy several ounces @ Savoy?

Sorry, I don’t remember. It was at the end of a long day of Christmas shopping and I was feeling a bit reckless. I probably didn’t even look at the price.

I’m a fan of strong black teas, and citrus-y Early Gray, but not so much for teas with floral notes. However, this tea with it’s bergamont oil, vanilla and lavender is just exquisite. It has a lovely round, smooth feel and the lavender is a secondary note that’s delightful and slightly lingering but not over powering. I like it brewed for a full 5 min. and add a splash of milk.

Yours must have been from a better batch than mine. Glad to hear you had a more positive experience.

This is the first tea with bergamont oil that I’ve had in years. I did not like Earl Grey at all the first time I tried it, and I’ve been avoiding it for years. But this, this tea is divine! I bought it for one of my students and decided to have a cup with her. I loved the balance of lavender, vanilla, and citrus. It has no bitter aftertaste, but that might be due to the honey I added. I also only steeped it for about 3 1/2 minutes. The only downside – I don’t normally drink strong black teas and I got a bit jittery since I was also enjoying my normal morning milk oolong tea in my Timolino. Definitely a tea to put on my re-order list!

This definitely tastes lower quality than the usual EGs I drink, but it’s okay. I taste the bergamot and a nondescript black tea. At the end of the sip, I get a sort of strange tang that I wish weren’t there. I sadly didn’t taste any lavender here. I don’t think I’d like to drink this one again.

I thought this one was awful, but my husband loved it. To me, the lavender was far too strong and gave it too much of a body wash sort of flavor.

I’m trying (yet again) to get back into reviewing teas on Steepster. I love the community and always miss this place :)

One of the reasons I’m trying to get back in is because I bought a new milk frother to make tea lattes with! I’m a sucker for London Fogs and want to try replicating those at home. I saw a review on the milk frother that said this tea was a great way to do just that! I was excited to see that Stash had a loose leaf version and bought that, not realizing I was buying an entire pound of tea that I had never tried before!

I brewed this today with my amateurly frothed milk (definitely needs practice!). I was getting Earl Grey bergamoty flavors, as well as a kind of floral perfumey bitterness. I’m not sure if I got a bit too much lavender or steeped it too long or what! I added some simple syrup and that smoothed out the bitterness but covered up the lavender.

Now that it’s cooled off to a kind of lukewarm temp, I’m getting more lavender as well as a more distinctly orange flavor. I have a whole pound of this tea to get through so I’m looking forward to playing around with it! Maybe I’ll even try to get into baking and cooking with tea!

This sounds really nice. I may have to order a wee bit.

I"ve been wanting to try this one but can’t find it anywhere nearby. It’s always out of stock. Must be a mostly online only product.

Thanks everyone! I found some earl grey lavender cookies I might have to try out! And lavender brownies sound amazing

Lexie, I definitely will have some to share if you ever need it lol. And I saw a few different options online, but you might only be able to get loose leaf in the one pound bag!

I’ve never made anything with lavender except suggestions ;)

I really wanted to like this one – the ingredients sounded lovely and delicious. Unfortunately it was very spicy and overpowering with too many competing flavors. Several of the ingredients toned down would greatly improve this tea. Tasted 09.2018

This is so delicious. I love earl grey but the bergamot in some brands is too heavy. That isn’t the case with this tea. Maybe the vanilla tempers it a little bit? You can taste the lavender at the end of each sip but it’s not overpowering at all. Very smooth taste.

Loved this tea! I was weary of the lavender at first, but it’s not overwhelming at all. The bergamot really works well. To be fair, I absolutely adore earl gray teas, so putting bergamot in any tea can’t really go wrong for me. All of the flavors of this tea go really well together.

Earl grey with a bit of lavender! A nice change from Stash’s amazing double bergamot earl grey which is always in my cupboard. The vanilla and lavender is delicate, subtle and not overpowering. It’s a really elegant tea.