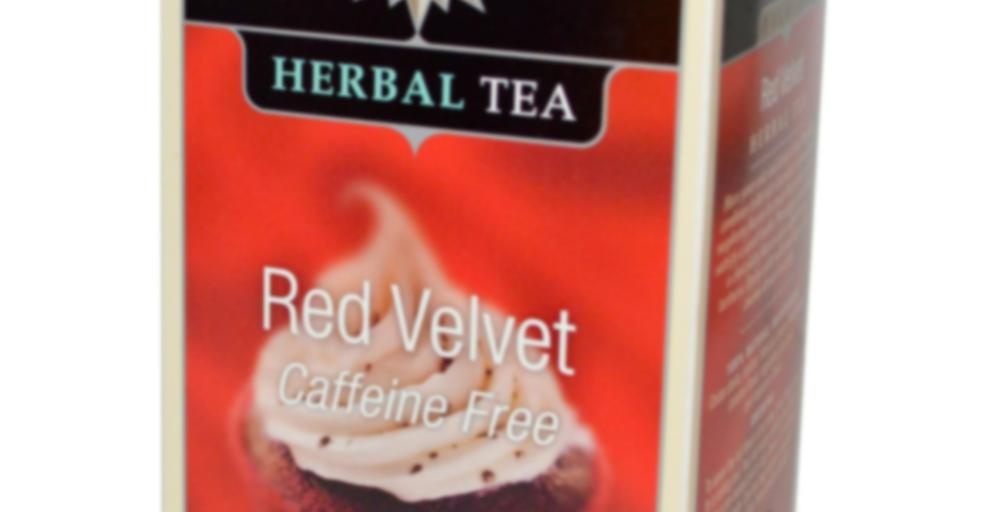 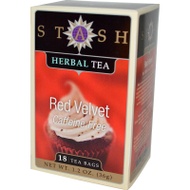 Have your cake and drink it too! Rooibos combines with rich chocolate, caramel, and raspberry flavors to create the perfect cup to satisfy a sweet tooth. Pleasingly sweet with a distinctive chocolate taste and a beautifual red brew. Add a splash of milk and sugar for a creamy dessert in a cup.

Thank you VariaTEA for providing me with so much of this one! I enjoyed sipping at it late Tuesday night while watching the newest Supernatural episode! It was sweet and yummy with cream cheese icing and everything.

Also what the frick frack was up with that episode! I watched it with Tre and we were just both in emotional turmoil over all the Garth stuff (he was too cute when he was angry/all wolfy) and then the fucking ending! AUIegdpISFCNBPdisgv! Plus of course Norse Mythology, which I love!

While I was out yesterday afternoon I may have went birthday card shopping and picked VariaTEA up a birthday card. Nothing expensive because I’m broke as balls, but still…

Haha I might be planning a surprise birthday package…shhhh

Also the end of the episode broke my heart a little

Oooh, I’ve seen this one in stores before. Thinking of picking it up!

God, I was SO bored without my computer, and then I think Tre noticed how mopey I was and offered to let me watch the new episode with him. It took me all day yesterday to remember I have Netflix on my 3DS, so I started watching Archer.

Haha Archer. I watched some of that but then ended up rewatching supernatural instead :P. Yay for Tre letting you watch together!

Have you guys seen Bob’s Burgers? Bob is voiced by Archer which is freaking hilarious. Also S3 of Archer was pretty great.

I have an insane obsession with burgers. I have said this about many things I realize but burgers is definitely number one. My friends have even called me Burger More and typically give me Burger themed gifts. In fact when my friends talk about their favourite foods they call it “their burger” so I can grasp how much they like it. With all that said, I have never actually seen Bob’s Burgers which is a bit of a shame I think.

Also while on the topic of burgers, if you have not already, you need to go to Burger’s Priest!!

I’ve seen a few episodes – totally didn’t make the voice actor connection, though. Now when I watch tonight after Tre’s claimed his laptop back I imagine that’s all I’ll be thinking about :C

Burger’s Priest? Where the heck is that?
We found a good burger place on Yonge – Golden Star? Pretty good!

And sorry Roswell – that can be a little… disconcerting.

There is a few downtown but I go to one up Yonge past York Mills. It is more expensive than Golden Star but so amazingly delicious. Plus they have a secret menu on their website with special burgers that are not listed in store and they act like they don’t know what you are talking about if you don’t name what you want. It is quite fun. I like the Priest burger or the Pope burger which is their regular burger and vegetarian option. So good!

So before I sent this all off to Roswell Strange I decided to give it one more try. I was actually really surprised at how good it was this time. I remembered there being a strange, dusty quality to this blend last time I had it but this is like a completely different tea than what I remember. This smells of raspberry but the taste is predominantly chocolate. Really not bad at all. I might even keep some tea bags for myself because I would drink this again. Although I don’t think I would restock it or keep majority of the bags just because there are so many other cups I would reach for first.

Oh Yes!I LOVE STASH! Lively cherries 、 chocolate,with creamy notes like vanilla ice-cream,what a surprisingly tasty treat! The liquor also reminds me of a yummy chocolate cake with cherries and raspberries ~XD Smooth,with crystal clear and a little tart flavor, warm&gourmet yet refreshing at the same time.Stash is definitely one of my favorite grocery store tea brands.And this tea is as far as I could dream of, with such reasonable prize and endless surprise.So lucky that I finally settle down to Stash (which makes me want to come back again and again ) as to fruit teas LOL(Of course I’m still eager for new brands too :3

A friend gave me this deliberately because it was probably bad. And so, with some trepidation, I opened this bag. The scent that spilled out was the familiar, bitter, woody odor of rooibos, but an undercurrent of something else ran below it, like a snake in the grass. Something unpleasant; my nose wrinkled involuntarily. Upon getting a better whiff of the bag, I placed the scent: that of a yogurt covered raisin, one that has spent a week mummifying between two couch cushions. Upon first pour I peered apprehensively into the cup and discovered the initial release of color produced a shade known only to man as dishwater. Fortunately, swishing it around turned the contents the usual red of rooibos. I sniffed it again. It then smelled like cooked raspberries. I didn’t recall then if there were raspberries in this. Thankfully, there are, and this was supposed to happen.
Penance was the name of the game, so I gave it a full five minute steep.
A long steep deepened the color, and the chocolate came through in the aroma. It smells like cheap Valentine’s day chocolate, the kind that smells like the reality of Valentine’s day, which is to say, capitalism and February. I gave it a minute to cool, and had a sip.
I tasted nothing but a distant walnut. After a moment, this strengthened on the tongue to a much less offensive chocolate than the smell suggested. Despite the strong, cloying raspberry that overwhelms most of the other notes in the steam, it scarcely comes through in the drink, except when it does because somehow separate sips of this tea taste slightly different. This is fine in say, a stir fry, where what lands on your fork may vary. It is not how liquids are supposed to work. It is how this liquid works. Faint walnut, chocolate, maybe berry. Some degree of berry. No guarantees.
It isn’t killing me. Perplexing, but ultimately drinkable and inoffensive. Unless inhaled; at one point I coughed while having a drink and managed to breathe some in, and spent a solid five minutes thereafter sputtering.

One of my favorite treats with milk and sugar. Definitely tastes like chocolate mixed with something a little tangy and red. If I tasted it without knowing, I don’t think I’d call it red velvet, maybe more like a chocolate berry? I really enjoy this though.

Took a bag of this home from my museum shift. I wasn’t expecting much to begin with but it’s really not too bad. Prominent rooibos base but it isn’t actually all too woodsy and medicinal. I’d say it’s my favourite part about this. Red Velvet? Nah, it smells like raspberry caramel but tastes like raspberry cream, and smells quite a bit sweeter than it actually tastes.

Seriously not that bad, but I’d never buy it. I think I should take advantage of the beverage stash the museum provides for volunteers, especially now that it’s colder outside, and try all the teas they have to offer. I mean, why not?

So Red Velvet cupcakes are my favourite so I was incredibly excited to see this at Goodness Me Grocery Store that I had to buy it. Brewed this tea tastes just as good as I had hoped for the smell is fantastic the liquor is a dark red and the taste is everything that I wanted it to be with notes of raspberry, buttermilk, cocoa and sweetness. No milk or sugar needed!

Meh. Fine with milk and sugar, but what isn’t, really? I am trying to drink more of my teas unadulterated and this one is uninspired. I taste mainly hibiscus.

Has an off flavour, does not taste like red velvet (cream cheese) or cake. It is a little better with milk added.

Way too tart for me.