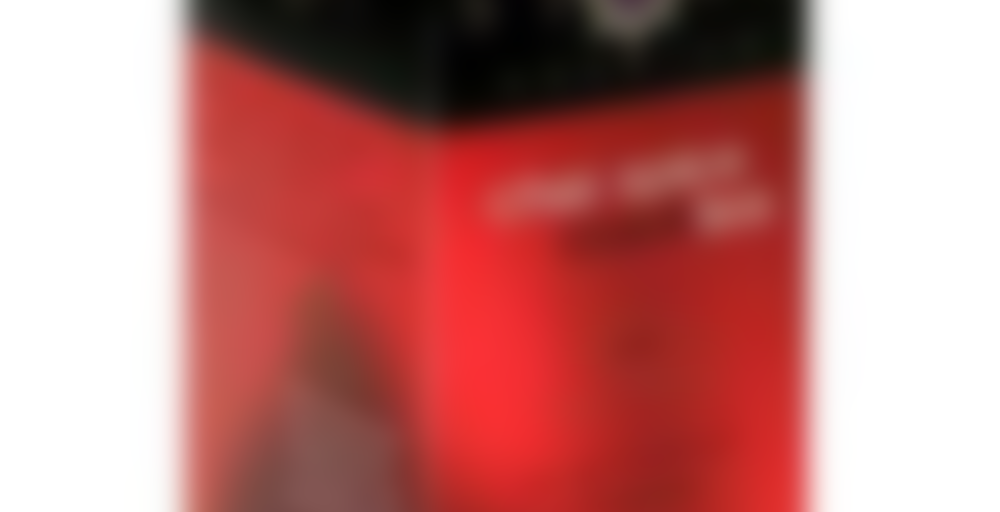 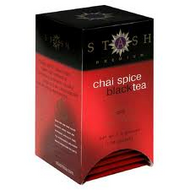 Our interpretation of this classic Indian drink blends rich, flavorful Indian black teas with cinnamon, clove, ginger and cardamom. The brewed tea is very aromatic, with a flavor that is slightly sweet, strong, and penetrating, with lingering notes of almond. This tea is excellent plain or with milk (regular or evaporated) and sweetener. It is exceptional any time of day-as a rich morning cup, an enjoyable dessert tea, or as a special treat.

70
Not Recommended
carol who
467 tasting notes

Not a very exciting chai. No real problems with it but it is more likely I will use it as tea when I’m not taking the time to savor it.

This is quite spicy, so I like it. However, the ratio of black tea to spice is incredibly low, so I found this has almost no body if brewed in water. I like to brew it in apple juice or milk for a stronger flavor.

I took a road trip this weekend down to Monterey as a reunion of sorts with the other two lady coworkers. The one who still lives in the Bay Area was kind to pick me up in San Francisco on her way down from the East Bay. We took the coastal route, Highway 1, and stopped for lunch at a Mayan restaurant in a house called Cafe Capistrano in Half Moon Bay. I had a killer meal of cochinita pibil and a mug of this tea.

The tea was not so good. I mean, it was good enough but not what I was expecting from a Chai Spice tea. In a 16oz mug, 1 bag produced a cup tasting purely of moderately spicy cinnamon oil (almost artificial like red hots) and clove. The ginger and cardamom were nowhere to be found. I think brewing this in a smaller amount of water would make an overwhelming cinnamon tea. The black tea base added some body but I couldn’t taste it. I am happy that the restaurant provided a decent selection of bagged teas in a basket and that I wasn’t served Lipton.

I know… I like my brews stronger but the waitress gave me a mug of hot water instead of a pot and there was only 1 bag of this. I’m actually grateful the tea was diluted since the cinnamon red hot flavor overrode everything else.

I’m fairly certain I’ve had this one before, and felt the same about it… like it tasted overwhelmingly strongly of clove and that artificial cinnamon taste and I really didn’t like it.

The “natural cinnamon flavor” overwhelmed everything else in this tea.

It tastes like the cinnamon scented pine-cones you see at the grocery store around Xmas time.

We have a box of this at work. The best cup I’ve been able to create was with one bag of this, one bag of english breakfast tea, water at a full boil, steep 3-4 minutes, and then a generous helping of half-and-half and brown sugar.

Even then, it tastes more like cinnamon tea than an Indian Chai tea.

Although I enjoy the spice blend Stash uses in this tea (the right balance of cinnamon, cardamom, and clover with none overwhelming the others), I thought the black tea base was too weak to support so much spice. I might try brewing this along with a bag of English Breakfast to amp up the base.

This is a nice chai tea. I found that the cinnamon smell and taste stood out more than with most chai teas.

Meh. It’s a decent chai. The tea part is kind of weak, but I enjoyed it nonetheless. Not sure I would invest in an entire box of it, though. :)

I’ve tried this chai made a few ways, straight (meh), with a dash of cream & a tsp of sweetener (not bad), steeped in milk (ok), and today I made it with frothed milk & two teaspoons of Splenda (next time I’ll cut it back to just one).

I prefer it the way it was prepared tonight, but it’s still a very weak chai. I let it steep for ten minutes in the milk, and wish I would have used two bags instead of one. It’s not bad, I am enjoying it, but the only flavors that I’m getting off of it are cinnamon & light clove. Doubt I would buy this again, and I’ll probably get some loose leaf chai once I run out of this.

The taste of cloves overwhelmed all the other spices, as well as the tea itself. Good for waking me up and with something sweet and rich like cake. Not for relaxing and blander food. Overall good everyday tea.

Great for a work tea, especially if you add a little bit of sugar. I’m a little disappointed that I can’t tell what spices are in this though. My immediate reaction is “cinnamon!” but I have the sneaking suspicion it might just as well be cardamom. A pleasant tea to sip on absentmindedly.