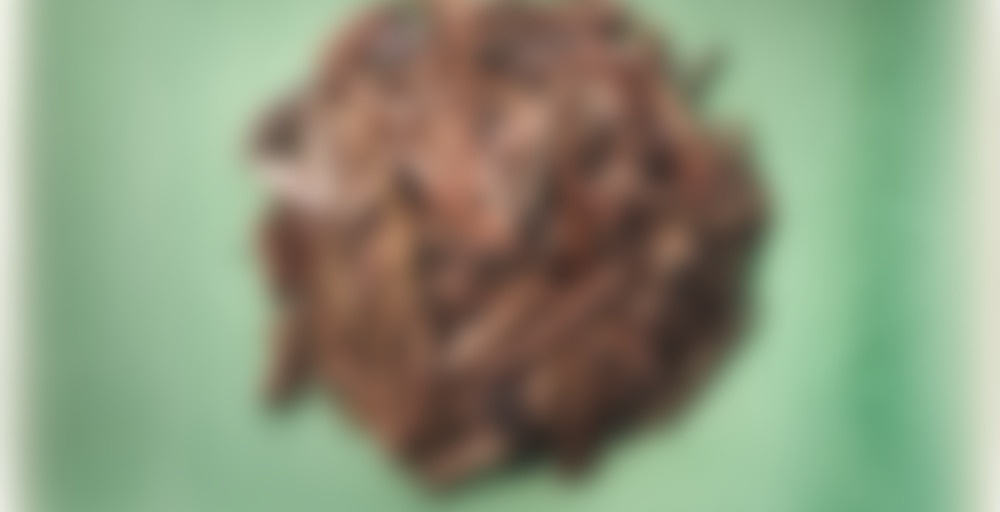 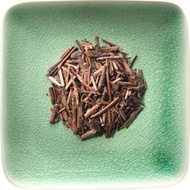 by Stash Tea Company
79
You

Kukicha is “Twig Tea”, made from the prunings of the tea plant, roasted to bring out its distinctive flavor. Kukicha is appreciated for its rich nutty taste and dark brown color.

In 1690 in Japan, the Yamamoto family began producing premium teas, a tradition that continues to this day. More than three centuries of experience go into the selection and processing of Yamamotoyama Teas, among the finest in the world.

I was looking for a decent teabag for a quick brew before the Westminster Dog Show, when I found this teabag. I think this was my last of my Kukicha tea, so I’ll call this a Sipdown. I know I’ve had this teabag a long time so I was hoping it was still fresh. I usually steep this teabag around 170 degrees for three minutes, so already the water was too hot and the steep was too long at 4 minutes.

I’ve always liked this tea and drink it after the water cools a bit. I was surprised that the tea was really good despite my extended steep time and water temp. A really warm, delicious, nutty aroma and flavor all around with good green tea presence too. The nut flavor reminds me of chestnuts. I’ve always thought twig tea was made from Sencha green tea, but in the aftertaste, and on my tongue there was a definite, light chalkiness that reminded me of Matcha. I’m not sure, but the green tea base could consist of both Sencha and Matcha.

A very good, comforting roasted green tea, perfect for watching the Dog Show with my Lotis. He was a rescue dog. The previous dwellers ( I will not call them owners), these dwellers said he was aggressive and he bit and growled at them, and that the shelter could put him down for all they cared! Well he was rescued by a local animal sanctuary, and I’ve had him since April 1, 2006.

I’m not going to say it was easy, and there were times I doubted if he was going to stay, but I kept thinking, ‘Somebody has got to show him love!’ It wasn’t always rough times-there were alot of good moments. It took nearly two years for him to really fully trust. Now, Lotis has my total trust and love. Since he was a rescue dog and he was 3 when I got him, Lotis was the only name he would respond to (I tried to rename him). I was told he was born in February, so I’ve always celebrated his Birthday on the 14th. I can’t believe he is 9 years old already!

So I watched the the Westminster Dog Show with my Lhasa Apso Lotis next to me, drinking my Kukicha tea, on his Birthday! :)) What a happy day! :))

What a nice story! I wish I could have some pets but my apartment building does not allow it. I’m really glad everything turned out well for you and Lotis.

Aw, I love dog stories! I wish I could adopt a dog but the pet deposit where I live is a bit too ridiculous for a student, so I could listen to and read about everyone else’s dogs for hours!

I love your story!!! My French Bulldog also has a troubled past, but now she is with me and renamed Sencha. Lotis is very lucky to have someone like you to show him trust and share his love. Dogs have soooo much love to give. I don’t think I could ever do without them!

By the way Lotis is a Lhasa Apso, and I slightly updated the end of my review. I know Nina, he’s at my feet right now! :)) Thanks also Amy & Amanda!

Ah, I had a Lhasa Cocker named Charles Dickens that I got at Christmas as a pup. He was a loving chap and a real hugger. It was a sad day when I had to get a new home for Charlie because when I’m in too much pain I can’t walk him. The good story is…a young lady vet from my church with 2 wee boys adopted Charlie! He sleeps in the 4 year old’s bed like a king. At holidays I get to babysit when the family goes away. I’m Charlies grandma now. Can’t you just see me sipping my tea and napping, as you did, with my blond furry doggie cuddled beside me. Your story was a comfort.

Put Charlie’s picture up instead of me for awhile…will change back in a few days.

Great stories all around! I just lost my childhood dog just before christmas, and it was devastating. It’s wonderful how you start off trying to give them a good, loving home, and then they transform a family with their unconditional love. So glad to hear the happy endings to your dog tales!

Bonnie-so sorry I missed Charlie’s pic. I have been getting error msgs when trying to log onto Steepster on Fri & Sat. ://

TeaNs: Sorry to hear about your dog, it is very hard! I still miss my previous dog, Cookie, a Beagle, and think of her often. I love dogs…….but I was not ready for Lotis, and now I know, while it was hard at first-helping him also helped me! :)) So, when your ready, there will be a loving dog out there for both of you. :))

I’m ok…thanks. No cure for fibromyalgia or my migraine issues…I have to stay indoors almost 24/7 due to light sensitivity…but then I get to drink tea and jot notes to people like you so life is great! Just can’t walk a dog!

My heart melts whenever I hear a rescue story. I am so thankful you gave Lotis the life he deserved… I also rescued my Doberman Dexter…the owners were going to put him down when he was only 4 months old because they “thought” he was showing agressive behaviour. With the right amount of love and patience, he tuned out to be the most affectionate companion. Love the way animals bring poeple togheter, thank you all for sharing :-)

This refers to the bagged version of this tea, my first tasting of kukicha. I went with quite cool water, about 165F. A one minute steep gave pale amber liquor and a truly rich nutty roasted flavor. It tastes more like a dark oolong than a green tea, but the package says “roasted green tea.” I like it, and I can tell that the bag is good for a resteep!